The Day After: Oilers force Game 7 after grinding out huge 4-2 win in Los Angeles 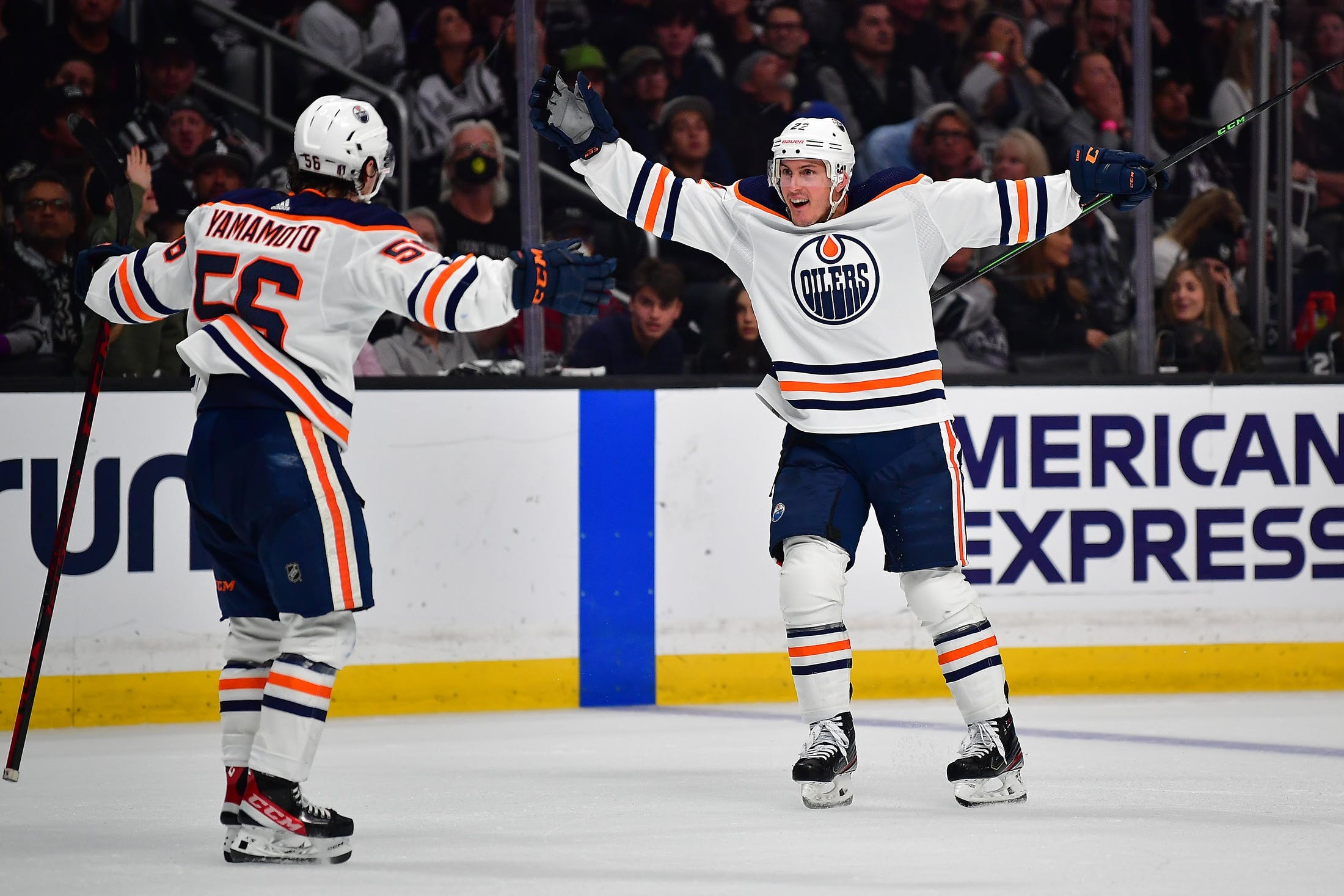 By baggedmilk
8 months ago
The Edmonton Oilers extend the series with a clutch 4-2 win in Game 6 on the road in Los Angeles.
After failing to show up on Tuesday night at Rogers Place, the Oilers found themselves down in the series for the second time, and while that in itself was extremely frustrating, most of it was their own doing. So far in this series, at least to my eyes, every game the Oilers lost has been of their own doing, and they desperately need to show both the Kings and their fanbase that they could rebound. We needed to know they cared even half as much as we do, ya know? And with their backs against the wall down last night in Los Angeles, it went without saying that the Oilers needed a much better effort in Game 6 to keep their playoff dreams alive and that’s exactly what they got. That’s not to say last night’s game was perfect — Gord knows there were still plenty of details that need polishing — but the boys hit the ground running from the jump and they found a way to build themselves the early lead that had evaded them in games four and five.
Now, the series comes back to Edmonton for a seventh and deciding game, and I truly hope that the Oilers have finally figured out what they need to do consistently to ensure they move on to the second round. If the boys can bring the same level of energy, passion, and willingness to sacrifice their bodies into Saturday as we saw throughout Game 6 then they’re going to give themselves a chance to win. But by no means is this going to be easy — we’ve seen what happens if the Oilers take the Kings lightly — but if the Oilers can offer up another 60-minute effort then I see no reason why they can’t win this hockey game in front of a Rogers Place crowd that will be ready to blow the roof off. Sometimes it takes a little adversity to learn how to win when you should, and I’m extremely hopeful to find out if the Oilers have learned what they needed to close out this series.
Oilers in seven, baby, LFG.

Todd McLellan, on the notion of Edmonton flipping the scripts tonight with a good start and puck possession
Well, they’re a pretty good hockey club, they’re allowed to play to their best and I thought they got to a level that they weren’t at in Edmonton, which is fine. I thought we responded well throughout the night. This reminded me a lot of Game 1, where it was pretty even back and forth, there wasn’t anything lopsided about the game. Our quarterback-receiver connection wasn’t where it needed to be, it was erratic, and obviously when we went to pass, the passer was not real clean and the receiver sometimes wasn’t handling the puck real well. When you do that, we go back to Games 2 and 3 when we didn’t pass the puck well. We’re not a real good offensive juggernaut when that happens and it was a big part of the game tonight.
On how he felt the group handled McDavid and Draisaitl tonight as a pair
I thought we were fine, we had to double-team them, we knew that was going to happen, whether it was Phil or Kopi, for the most part they were on the ice. I look at the goals that they were involved in, the wraparound a real good play by Connor early in the game, so psychologically, they got what they wanted. Then, a huge error on our behalf on the winning goal, it’s preventable, it’s avoidable, but we made it, it’s why we play the game. Somebody’s going to make mistakes and the other team is going to capitalize. When you’ve got those offensive weapons that they have, you’ve got to minimize them.
On reestablishing and focusing the team ahead of Game 7
We were that today, so we’ve had a dress rehearsal. We’ll be that again two days from now and we have enough experience, guys that have been through this before. Again, I talked about pressure this morning, we like this situation. If somebody said hey, the LA Kings against the Edmonton Oilers, go play for one game, we’re not particularly happy with how we got to it tonight, but we can’t do anything about that now, so let’s look ahead. We’ve won there before and we can win there again.

On the latest episode of Better Lait Than Never, I dove into the heartbreak that came as a result of the Game 5 OT loss and wonder why there are so many Oilers fans that threw in the towel early. Subscribe on Spotify, Apple Podcasts, Google Podcasts.
News
Post Game
Recent articles from baggedmilk