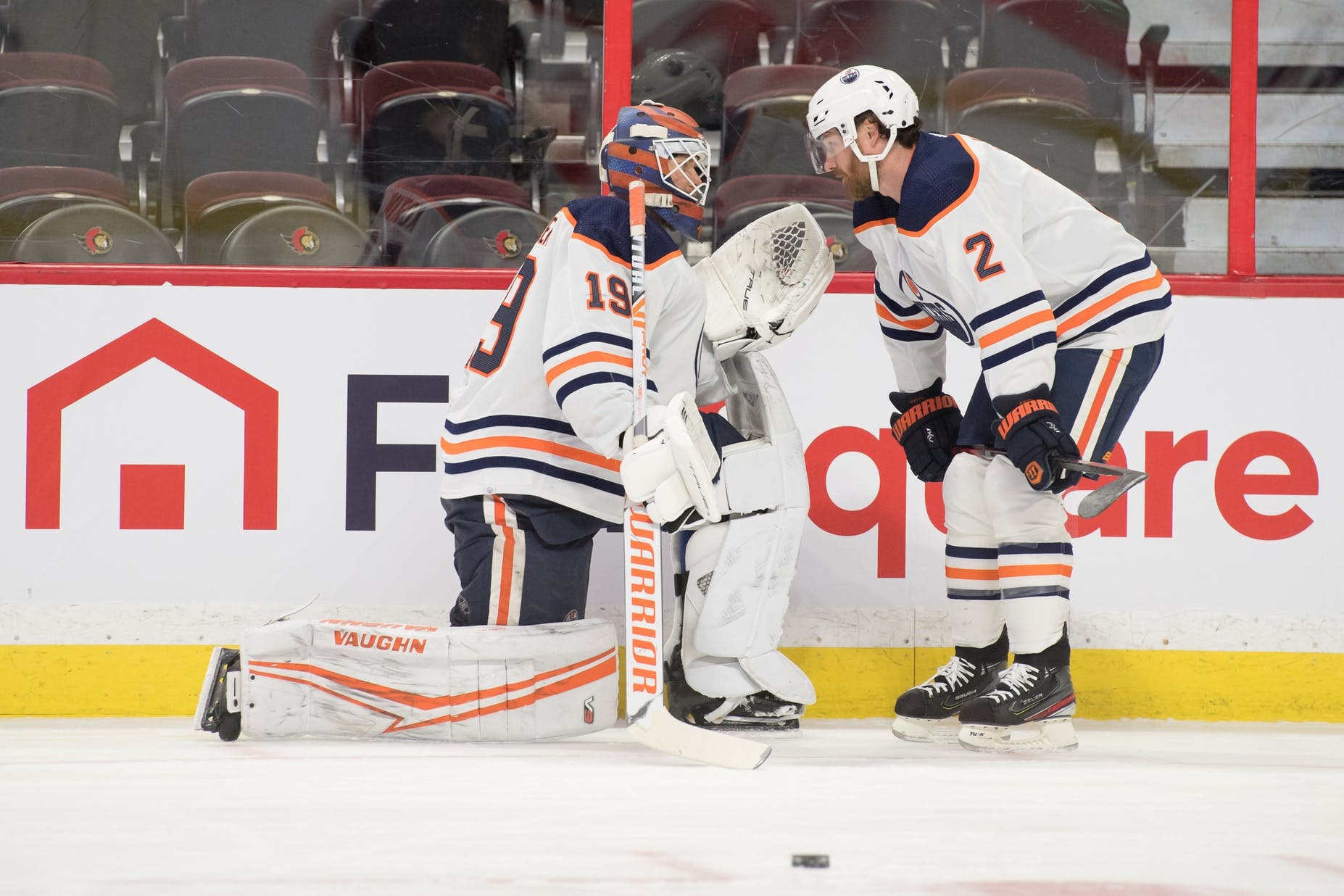 By Robin Brownlee
10 months ago
It’s probably a stretch to suggest the Edmonton Oilers getting defenceman Duncan Keith back tonight after nine games and 19 days out of the line-up is the same as adding a new player at the NHL trade deadline March 21, but the timing certainly works.
The Oilers put together a 6-3-0 stretch without Keith after he was concussed in a 4-1 loss against the Chicago Blackhawks in Dave Tippett’s final game behind the bench before being replaced by Jay Woodcroft. They’ve played well in Keith’s absence, thanks in large part to Woodcroft’s influence, but he’d been very effective for six or eight weeks before he was injured after a slow start.
Assuming there’s not too much rust for Keith to knock off, getting the two-time Norris Trophy winner into the blueline rotation versus the Philadelphia Flyers tonight should provide Woodcroft a bump, if not right away then certainly down the stretch. Woodcroft could use one with the players he’s missing up front in Ryan Nugent-Hopkins, Jesse Puljujarvi and Zack Kassian.
It looks like Woodcroft will have Darnell Nurse playing alongside Tyson Barrie, Keith working on the left side with Evan Bouchard, William Lagesson with Cody Ceci and Markus Niemelainen as the seventh D-man. Keith draws back in having scored 1-13-14 with an average ice time of 20:22 through the 35 games he’s played. 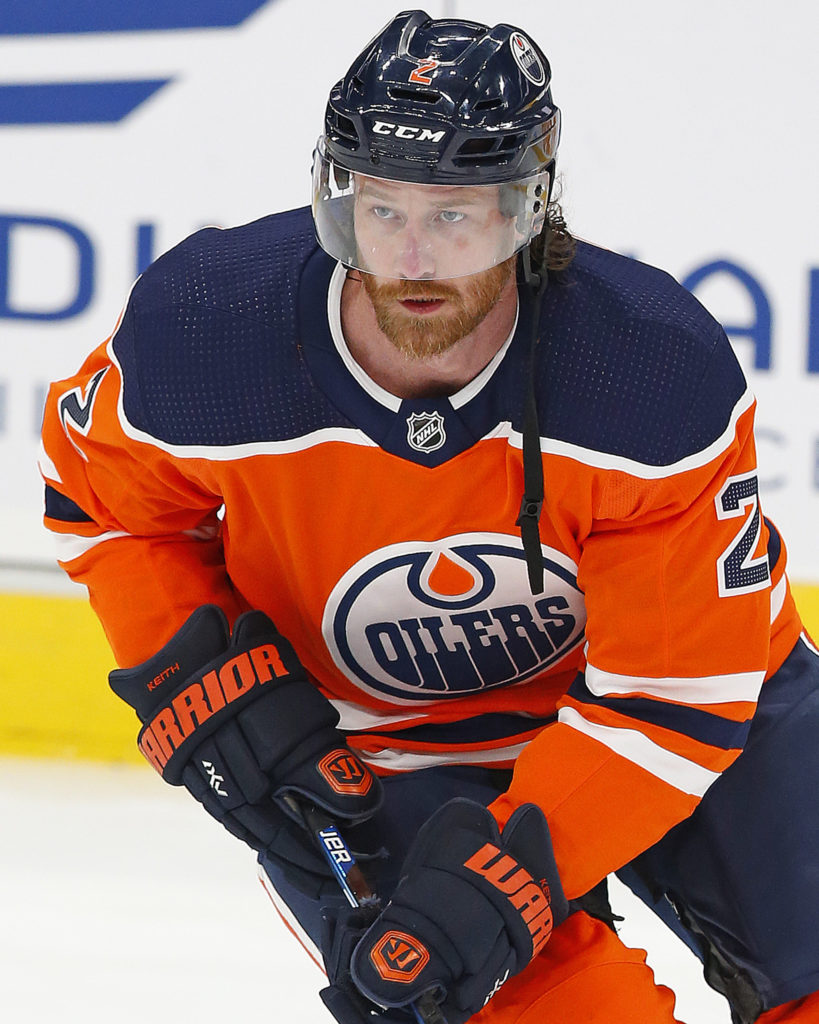 Oct 4, 2021; Edmonton, Alberta, CAN; Edmonton Oilers defensemen Duncan Keith (2) skates during warmup against the Calgary Flames at Rogers Place. Mandatory Credit: Perry Nelson-USA TODAY Sports
“I feel good, so I’m ready to get going tonight,” said Keith, who has liked what he’s seen under Woodcroft. “Everybody looks more like we’re a five-man unit out there in terms of moving around on the ice all together, supporting one another. It looks like there’s been an improvement defensively and offensively. It’s something I think we’ve just got to keep working at.”
With 29 games to go, the Oilers are 29-21-3 for 61 points and are in the Western Conference playoff mix despite considerable injury woes. With the way that things have played out, Keith, 38, should be as fresh as he can be at his age. He’s more than four minutes under his career average ice time of 24:49 at this point. Simply put, Keith hasn’t been leaned on too hard and should have plenty left in the tank for a playoff push.
“That’s what it’s all about,” Keith said. “What we have right now, a big game tonight against Philadelphia, they’re a good team. They beat us last time in Edmonton so it’s a good test for us . . . in terms of who we’re playing with, you just go play. Whoever you get put out there with, try to do your best., communicate out there and just work together.”
It goes without saying Keith isn’t the same player he was a decade ago when he was logging 25 minutes or more per game in his prime with Chicago. But, in terms of experience and bringing a been-there-done-that component to a blueline with Bouchard, Niemelainen and Lagesson on it, just having Keith around can make a difference the rest of the way, starting tonight.