The five biggest questions ahead of the trade deadline 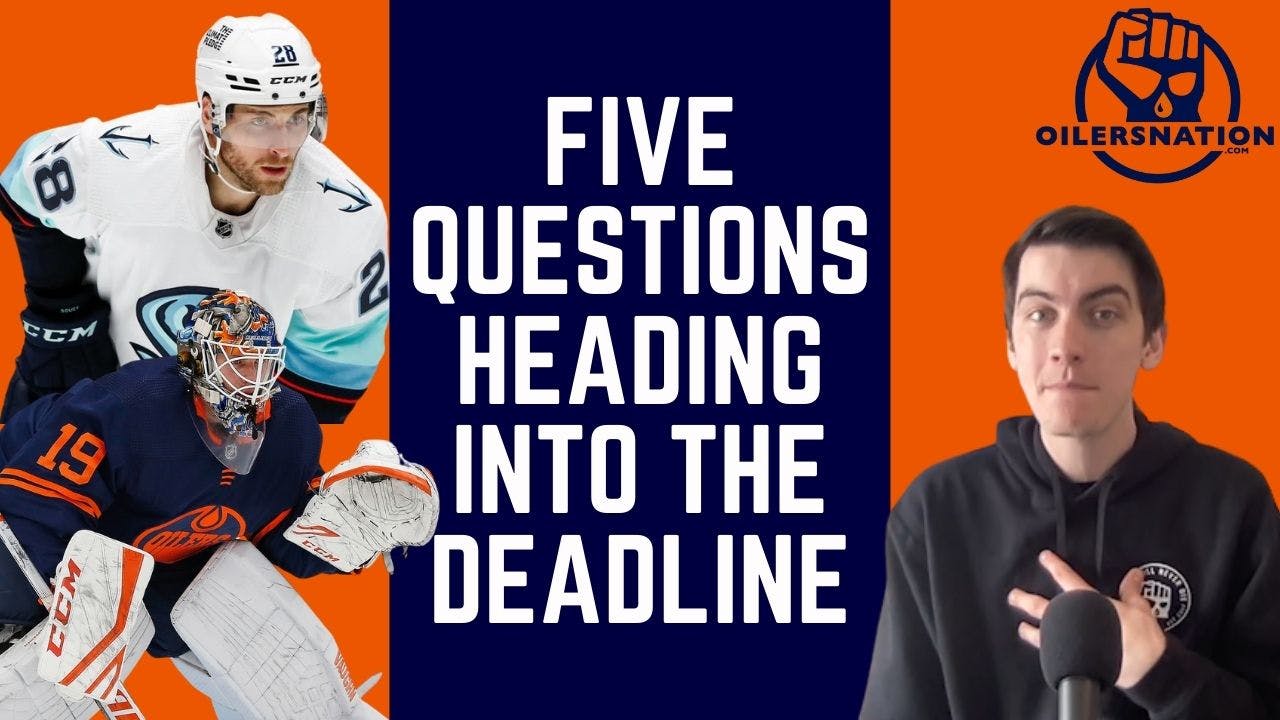 By Tyler Yaremchuk
8 months ago
We are just seven days away from the NHL’s Trade Deadline and while the trade market is slow right now, things will definitely pick up in a hurry. Oilers GM Ken Holland has gone on record saying that the team’s play could dictate his approach to the deadline and the Oilers are currently coming off a pair of impressive victories. There is no reason why Holland shouldn’t be looking to add a piece to this current roster but that’s certainly easier said than done. In my latest YouTube video, I took a look at five big questions that we’ll be getting answers to in the next week!
I started off by looking at the goaltending. It feels like the team is going to run with Mikko Koskinen for the rest of the season, but could that change? If prices drop I wonder if Ken Holland suddenly feels more inclined to bring in a fresh goalie. To do that, they would have to offload some money, which is another question I tackled. Another way to improve the teams’ ability to keep pucks out of their own net is to beef up the blueline and acquire an impact defenseman. There are some layers to that though as I laid out in the video. Finally, there’s the Josh Archibald situation and if the team opts to move him out before March 21st, would they look into bringing in someone who could fill his role?
There was a lot to get to, so go head over to our YouTube Channel and give the video a watch! Don’t forget to hit the subscribe button!
Oilers Talk
Videos
Recent articles from Tyler Yaremchuk