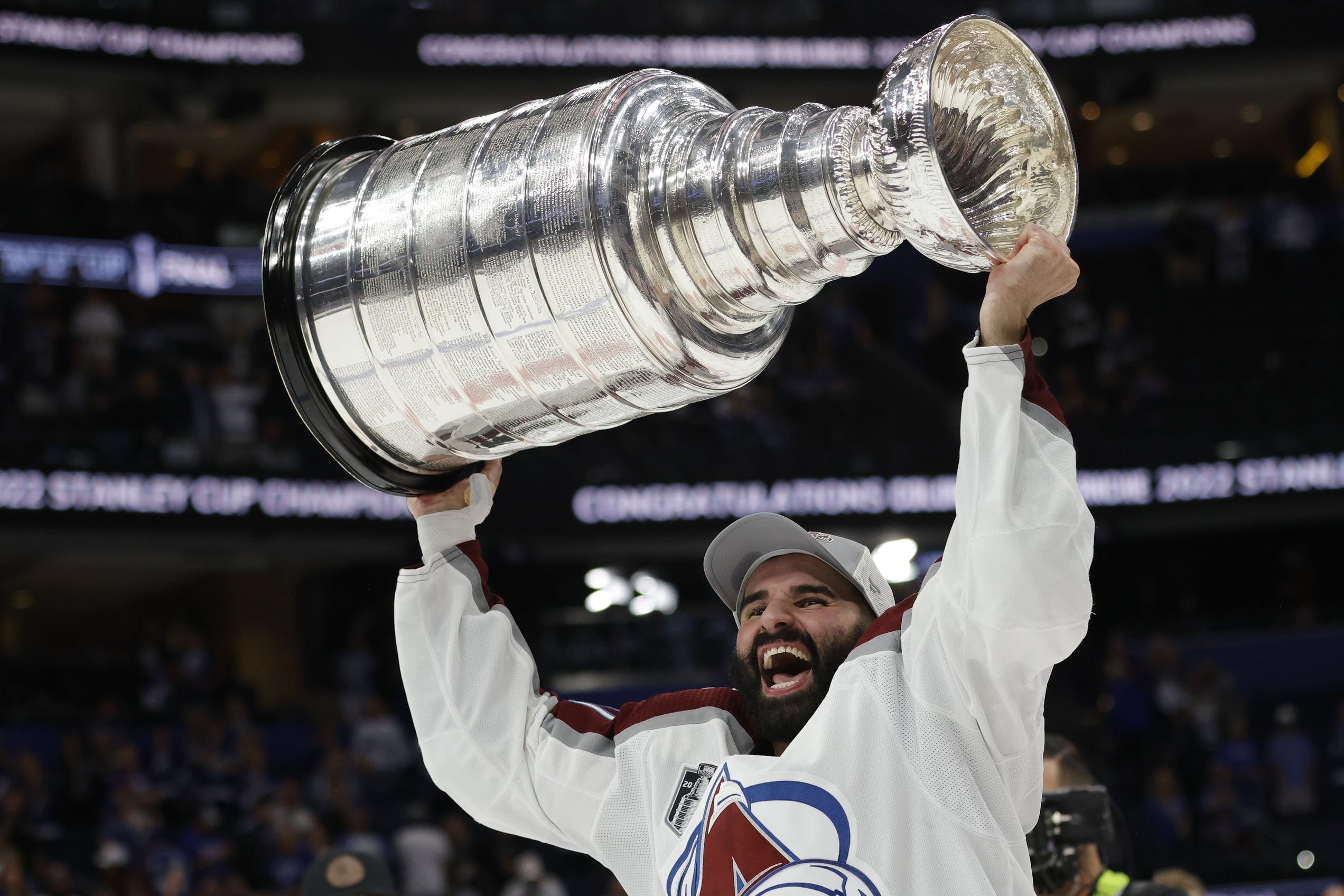 By Cam Lewis
3 months ago
Just one month ago, it looked like the Calgary Flames had been extinguished.
Johnny Gaudreau left the team in free agency to ink a seven-year, $68.25 million deal with the Columbus Blue Jackets, and Matthew Tkachuk indicated shortly after that he was ready to leave as well.
Coming off of a career-high 115-point season, Gaudreau was Calgary’s best player, while Tkachuk was the team’s heart and soul, the one who made them frustrating to play against. Losing both players at the same time would have been the most devastating summer gutting a team has had since the Buffalo Sabres watched Danny Briere and Chris Drury walk away back in 2007.
All of that coming just after the Flames had been shoved aside by their provincial rivals in five games in the second round of the playoffs added to the humiliation. It seemed that the first Battle of Alberta in the playoffs since 1991 would be the last for a few years.
But rather than leaning into a tear-down and rebuild situation like many suggested they should, Flames general manager Brad Treliving aimed to retool and remain competitive.
The Flames moved Tkachuk to the Florida Panthers in exchange for Jonathan Huberdeau and Mackenzie Weegar, helping to replace the hole Gaudreau left on the top line while also adding to the team’s blueline. They also inked Huberdeau to an eight-year contract extension, guaranteeing that they don’t have to watch yet another star player walk next summer.
And then, a few weeks later, the Flames added Nazem Kadri in free agency, replacing the peskiness they lost when Tkachuk was moved.
In order to make it all work financially, the Flames will reportedly be paying the Montreal Canadiens a steep price to take on the final year of Sean Monahan’s contract, which is worth $6.375 million. Monahan scored just eight goals and 23 points across 65 games for the Flames in 2021-22 and had his season ended early so that he could undergo hip surgery.
So, all told, the Flames lost Johnny Gaudreau, Matthew Tkachuk, Sean Monahan, and Erik Gudbranson, and added Jonathan Huberdeau, Nazem Kadri, and Mackenzie Weegar.
Huberdeau will turn 30 next summer and Kadri will turn 32 in October, so these are pricey contracts that likely won’t look very good in a few years, but the reality is that Treliving did a very good job making the most of an ugly situation.
Will the Flames be better this year than they were last year? It’s hard to say how all of these new players will gel, but, barring some kind of unforeseen disaster, they’ll be competitive.
From an entertainment perspective, Treliving’s maneuvers have ultimately kept the Battle of Alberta alive. Beyond both of the teams being playoff contenders, the addition of Kadri adds a new wrinkle to the Edmonton and Calgary rivalry. Kadri has always been a thorn in the side of his opponents and he and Evander Kane have a beef brewing from last year’s Western Conference Final…
What do you think, Nation? Are the Flames better this year than they were last year? Will Nazem Kadri be able to fill Matt Tkachuk’s shoes as the pest that gets on Edmonton’s nerves? Let us know!
Oilers Talk
Recent articles from Cam Lewis