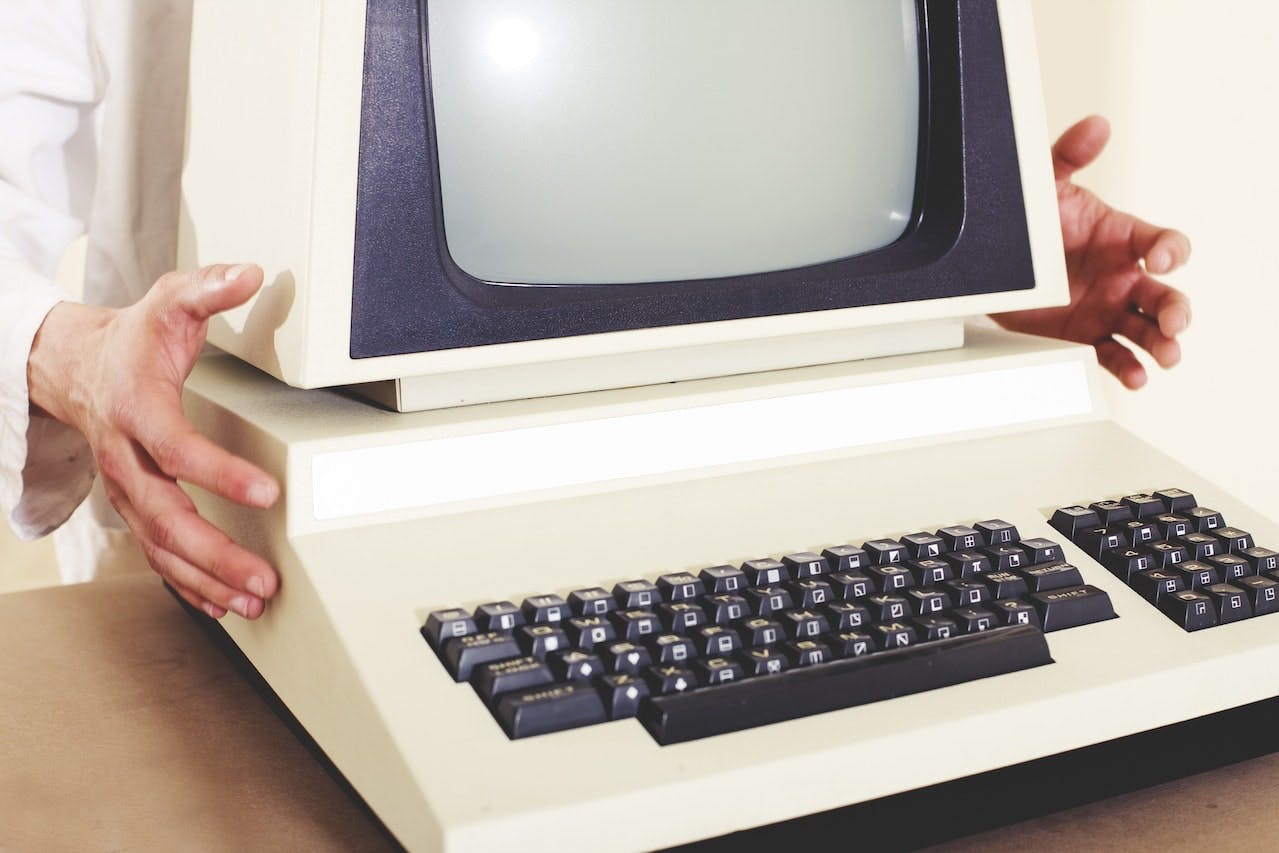 By baggedmilk
4 months ago
Over the past couple of months, you may have seen me in the comments section chatting with varying citizens about the website re-design that is coming before the season starts. As promised, the time has come: Oilersnation.com is changing tomorrow.
The last time we relaunched the website with a new design was in early 2017, which was a jacked up version of the site you see now. Up until that point, we were running on an old foundation that Wanye and our programmer, Jeff, had done when they had the spare time to work on it. The back end was a mess and would crash often, the site itself was slow and glitchy, and making the jump to WordPress — what we still use now and going forward — just seemed like the right idea. Now, five years later, the content we’re putting on the website has changed and so too has the technology needed to make that happen. These days, the website we built that was so powerful back in 2017 feels like we’re running a Commodore 64 here in 2022. I mean, how many times have you come to the website and had issues with load speeds? All the time, right? Well, we’re fixing that and it’s time to launch the new digs. 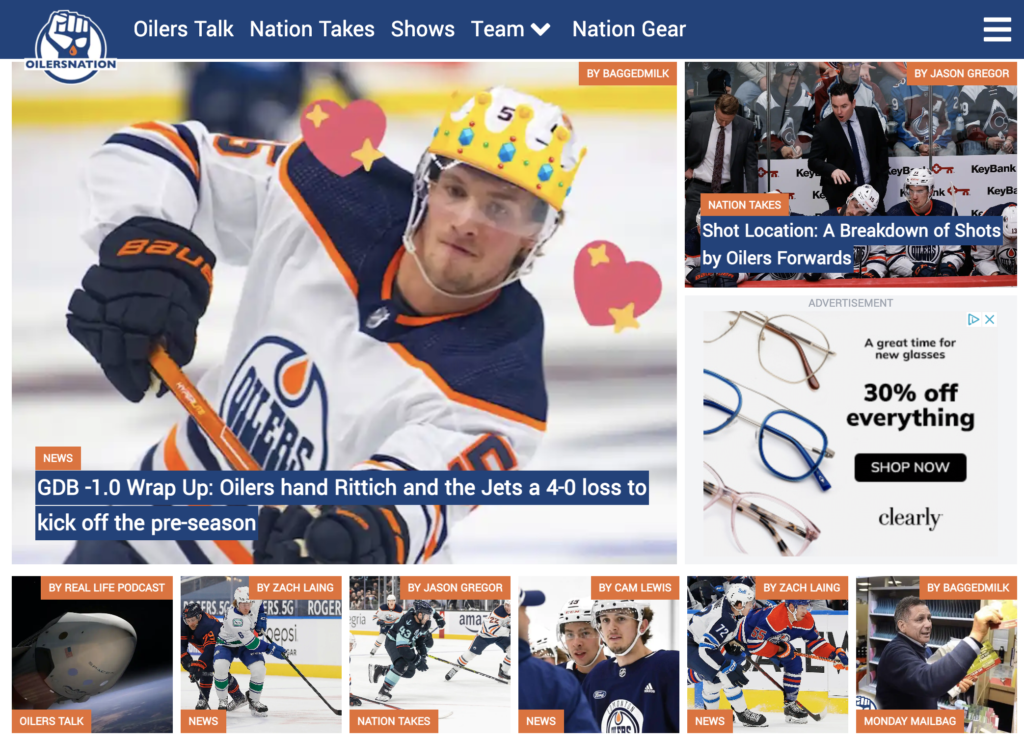 What you’re looking at in the image above is what the new landing page is going to look like on desktop. As you can see, we’re ditching the need to scroll a bunch or change pages for the latest content we’ve posted because we wanted to make everything as easy as possible for you to find it. The same goes on mobile. Outside of the new look, the biggest difference you’re going to notice immediately is that the site loads significantly faster. Not only will the main landing page pop up for you more quickly, so too will the articles once you click on something. 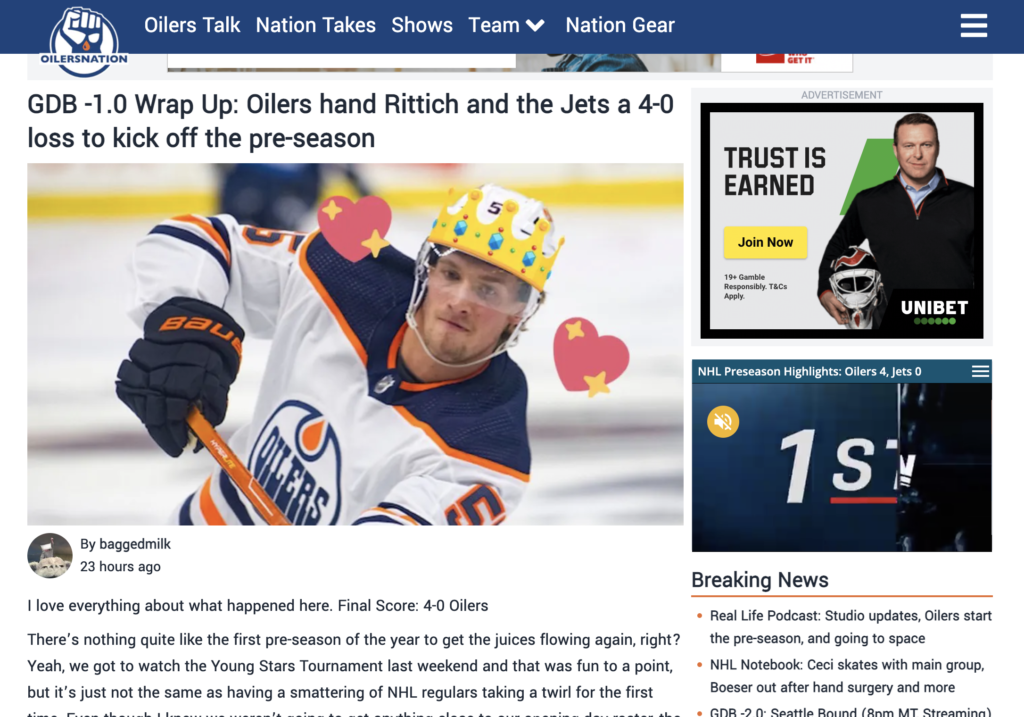 Inside the posts, not much will change with how the content looks outside of the increased loading speed and minor font changes. As for the ads that we all hate, they’re going to be there. I’m not going to lie to you, we need to have ads on the site to pay for the people that make this thing work, but what we have done is placed them more thoughtfully and with content display being the most important thing. As much as some folks may not believe me, we listen to the feedback and we take it to heart so we wanted to give you guys something that not only scratches your itch for content but also keep the cup full for our business daddies in Toronto.
One real change that I do want to bring up, however, is the comments section. This is another spot where we’ve heard your feedback and we’re trying to do something to fix it. Rather than sticking with Vuukle — that’s what you’re commenting with now until the changeover — we’re going to pivot to Disqus. What this change is going to do is make moderation easier and more efficient, something that’s been a real problem around here over the last while and I think we can all agree on that. It’s kind of like when we took away the original anonymous commenting feature, there comes a time when we need to try and fix an issue that so many of you have reached out about. Basically, we’re trying to get a better handle on the troll problem and this move to Disqus is going to help with that. The annoying part will be that you have to sign up for an account to be able to chime in. While I totally understand the inconvenience, I hope you can all understand the reason.
Lastly, if you want to get a first look at what the new sites are going to look and feel like, head over to Flamesnation.ca as their site has already flipped over to the new system. The Flams don’t play today so we figured it was the perfect time to get them switched over and running on the new back end. Check it out and let me know what you think.
Oilers Talk
Social Corner
Recent articles from baggedmilk