The Real Life Podcast Ep. 347 – Feeling Pissy and a chat with the On The Bench crew 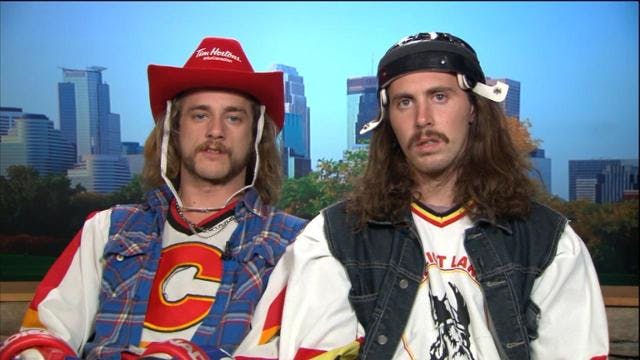 By Real Life Podcast
10 months ago
A new week is here and that means the gang from the Real Life Podcast is back with a brand new episode to help you get through the rest of your Monday. On today’s podcast, the guys looked at what’s going on with the Oilers, getting pissy, and welcomed the On the Bench boys to talk about next week’s Jasper Pond Hockey tournament.
To kick off the episode of Real Life, the boys got started with a look at the third episode of Better Lait Than Never as Baggedmilk continues to learn how to mix audio on his new podcast. From Gregor’s origin story with the Nation to what’s going on with the Oilers to the price of cheese continuing to rise, episode three of BLTN was another dose of randomness that you need during these dark times. Speaking of the Oilers, the guys looked at the awkward exchange between Leon Draisaitl and Jim Matheson that happened this past week, and how it was yet another issue with a team that just doesn’t need them right now. It goes without saying that there is a laundry list of issues with this team right now, and time is running out to get those solved. With that trainwreck out of the way, the boys welcomed the On The Bench crew to the podcast to talk a little bit about the Jasper Pond Hockey Tournament that will be taking place at the end of the month. Without giving too much away, Olly Postanin gave a glimpse into their strategy for the tourney and what to expect from the boys when they get on the ice. Lastly, the guys wrapped up the Thursday episode of Real Life with Chalmers’ first Olympic preview, which is a segment none of the boys thought he would actually follow through on.
Listen to the Thursday episode of Real Life below:
Subscribe to the Real Life Podcast for FREE on Spotify here, on Apple Podcasts here, on YouTube, or wherever you get your podcasts from.
Oilers Talk
Podcasts
Recent articles from Real Life Podcast