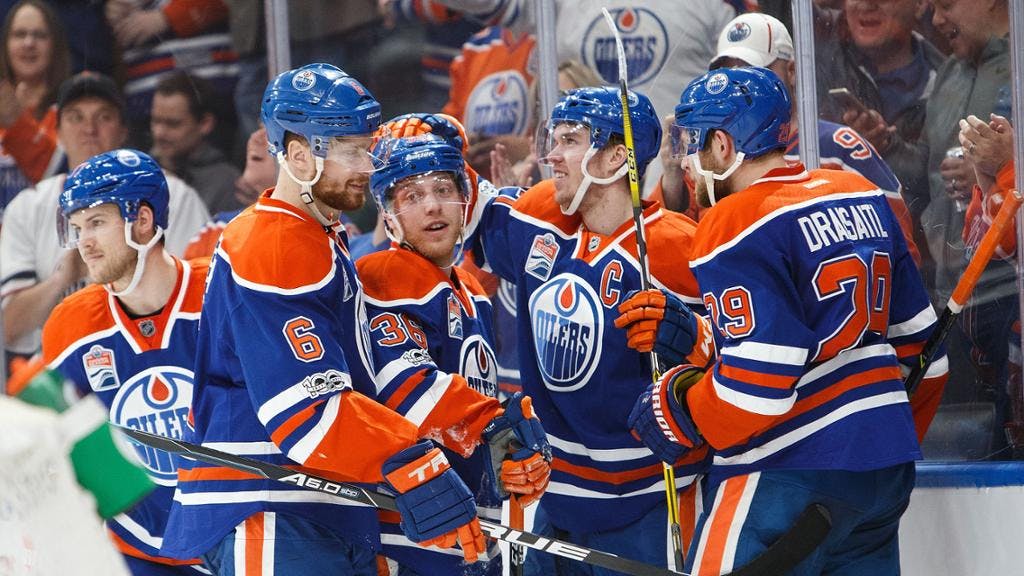 By Cam Lewis
11 days ago
Though the team had already clinched a playoff spot, the final couple of games on the schedule in the 2016-17 regular season carried some weight for Connor McDavid.
He had a healthy lead in the Art Ross Trophy race with 97 points through 80 games and he was certainly going to win the Hart Trophy after leading the Oilers to their first playoff berth in over a decade. The bow on top of a magnificent season for McDavid would be the 100-point plateau.
The Oilers rolled into Vancouver for the first game of a home-and-home and edged out the Canucks by a score of 3-2. McDavid picked up an assist in the third period on a power-play goal by Mark Letestu, putting him at 98 points with one game left on the calendar.
Things shifted to Edmonton the following night and the Oilers breezed through the Canucks. Jordan Eberle scored a pair of goals to give Edmonton an early lead and McDavid picked up point No. 99 on an assist on a Drake Caggiula goal late in the second that gave the Oilers a 3-1 lead.
A couple of minutes into the third period, McDavid stole the puck in Edmonton’s zone and busted up the ice. The crowd knew what was coming next…
McDavid became the eighth Oiler to score 100 points in a season, joining Wayne Gretzky, Glenn Anderson, Mark Messier, Jari Kurri, Paul Coffey, Jimmy Carson, and Doug Weight.
He also became the 107th player in NHL history to reach the 100-point plateau, and the sixth youngest at 20 years and two months of age. The only players to have a 100-point season at a younger age were Sidney Crosby, Dale Hawerchuk, Gretzky, Mario Lemieux, and Carson.
It’s sort of funny looking back on this now given the prolific scorer that McDavid has evolved into. Six years ago we were rooting for him to reach 100 points in the final game of the season, and now we’re talking about him doing so shortly after that All-Star break.
McDavid has five 100-point seasons, and it would be six if the 2019-20 season didn’t come to an end early. Barring something unforeseen happening, this year will be his sixth, as he has a whopping 86 points through the first 47 games of the season. Here’s the company he’ll be joining…