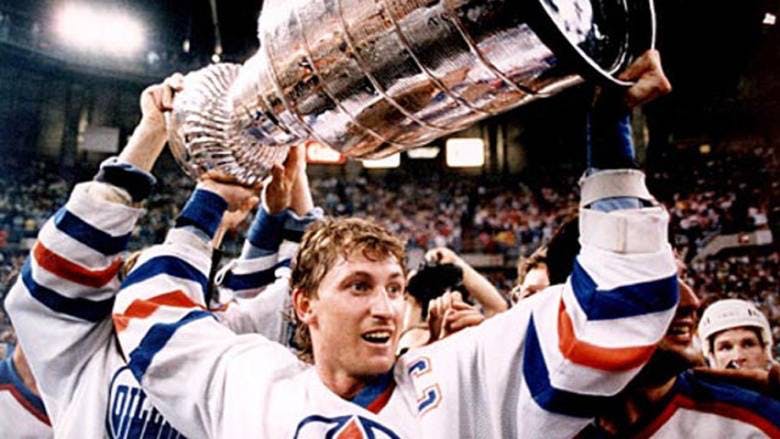 By Cam Lewis
2 months ago
Just under 40 years ago, the Edmonton Oilers going up against the New York Islanders was the most anticipated match-up in hockey.
The 1984 Stanley Cup Final featured the dynasty Islanders, a team who had won four consecutive championships and who were looking to become just the second team ever to win five years in a row, and the young Oilers, the team that was on the rise and looking to take the crown.
The previous season, the Oilers breezed through the regular season, putting up a 47-21-12 record, and then they took down the Winnipeg Jets, Calgary Flames, and Chicago Blackhawks in the playoffs while dropping only one game. In the Final, they faced the Islanders and got swept in four games.
The Islanders came into Edmonton and won 2-0 and 6-3 and then went home to Nassau Colisseum and wrapped up the series with 5-1 and 4-2 wins. While the Oilers had been clearly beaten by the better team, there was a feeling from both sides that the tides would soon shift… 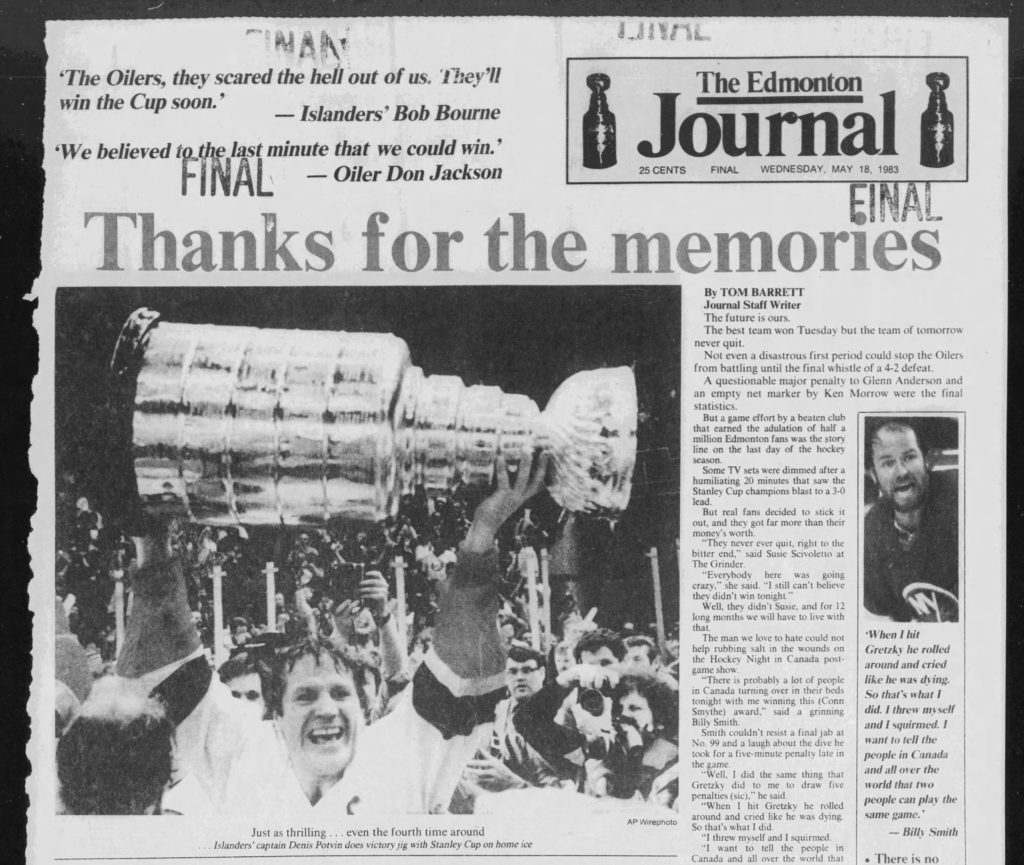 The Oilers came into the 1983-84 season with something to prove. They went 57-18-5, setting what still stands as a franchise record for wins in a season, and they finished 15 points clear of the next-best team in the league and 22 points ahead of the next-best team in the Campbell Conference.
The playoffs saw the Oilers take down the Jets in three games, edge out the Flames in seven games, and then beat the Minnesota North Stars in a four-game sweep. Watching the Prince of Wales Conference from a distance, players on the Oilers hoped that the Islanders would beat the Montreal Canadiens so that they could have a re-match with the dynasty that had beaten them before… 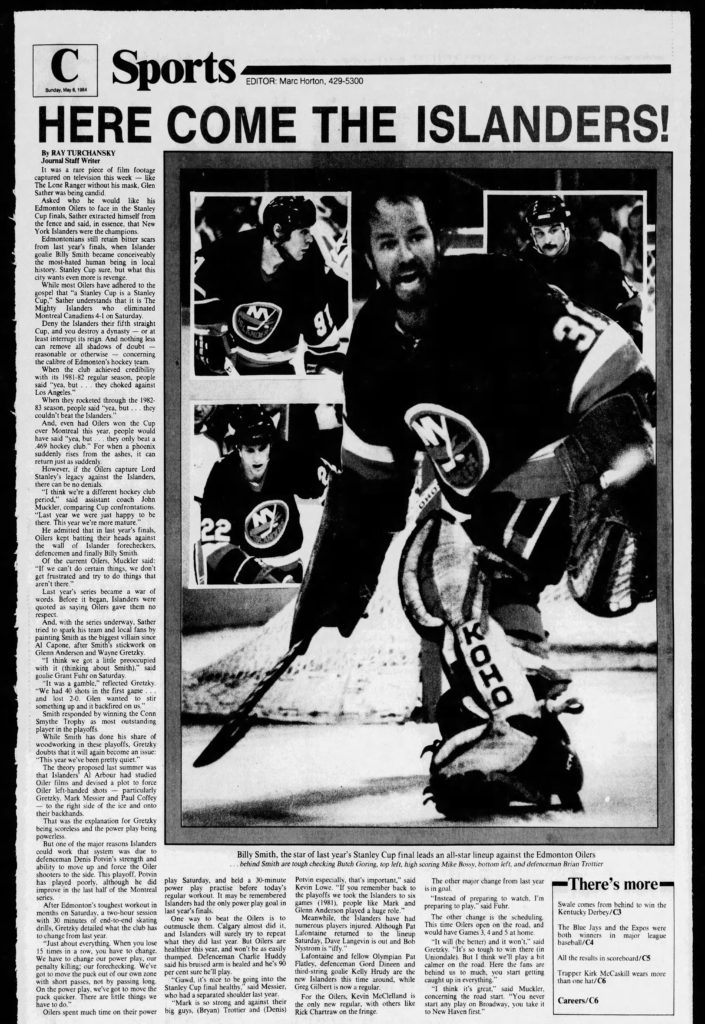 In Game 1 at Nassau, the Oilers squeezed out a 1-0 win, led by a 34-save shutout from Grant Fuhr. The Islanders came back a couple of nights later with a commanding 6-1 victory in Game 2 to even the series at 1-1.
When the series shifted to Edmonton, the Islanders couldn’t stop the Oilers. The Islanders opened the scoring just over a minute into Game 3 but the Oilers scored six unanswered goals in the second and third periods to take a 7-2 win. Game 4 was more of the same, as the Oilers again breezed to a 7-2 win.
With the Stanley Cup within reach, Wayne Gretzky scored two goals in the first period of Game 5 and the Oilers won the Stanley Cup following a 5-2 victory. It was the Oilers’ first Stanley Cup in just their fifth season in the NHL and the win ended the Islanders’ incredible streak at four. The torch had officially been passed. 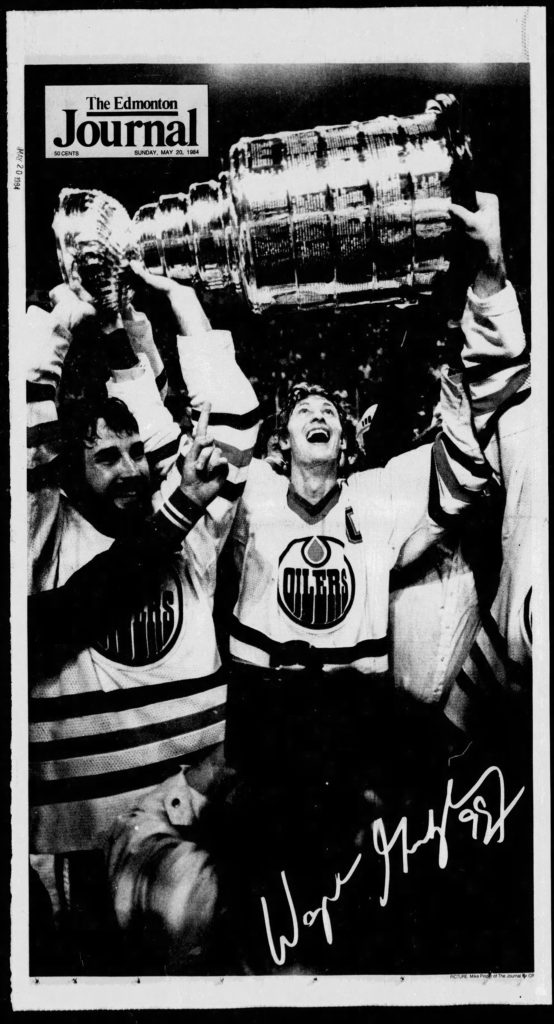