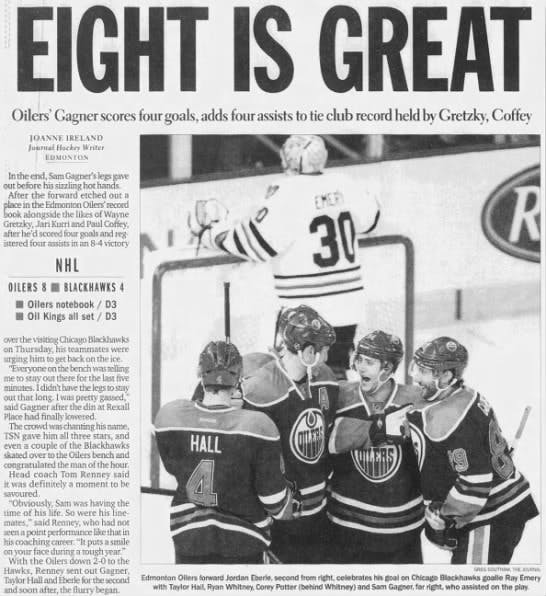 By Zach Laing
4 months ago
February 2nd, 2012 was like many Februarys in the early 2010s.
The Oilers were on the outside looking in sitting last in the Northwest Division with a lowly 19-26-5 record — the second worst in the entire league.
With little to cheer for and a Chicago Blackhawks team in the middle of their dynasty across the ice this game, like many others, should’ve ended in a loss.
Instead, Sam Gagner scored four goals and added four assists in what was one of the best single-game performances in franchise history. 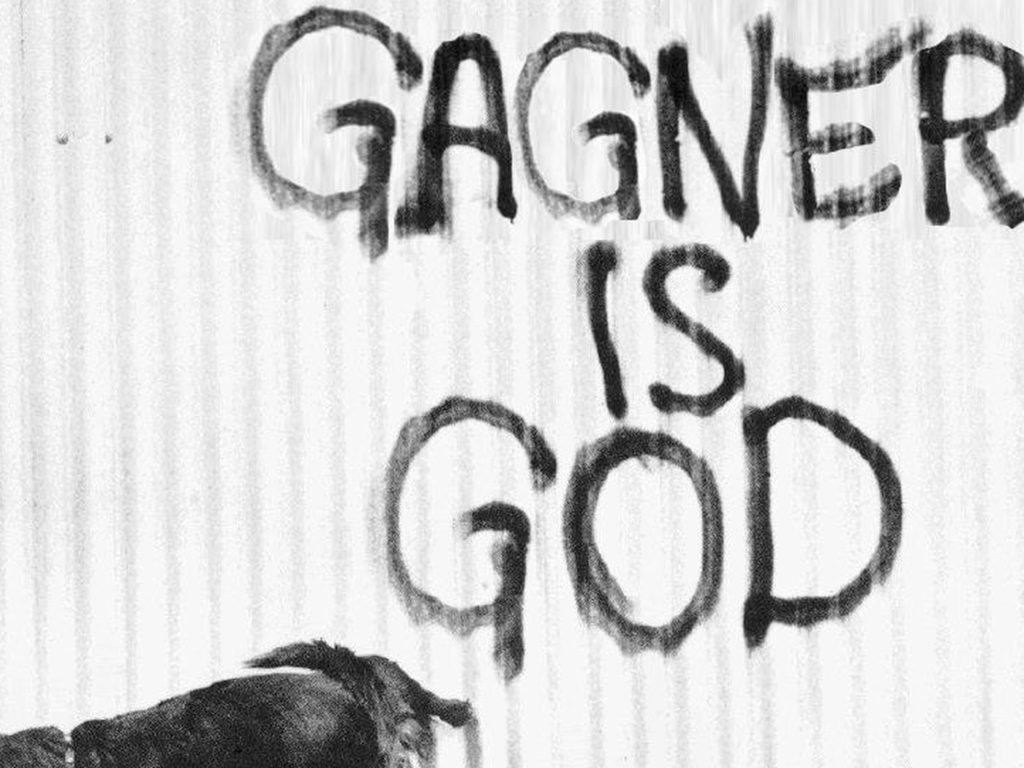 Chicago opened the scoring 6:29 into the game and added another goal 40 seconds into the second, and then, Gagner took over.
He sprung Taylor Hall for a partial breakaway goal at the 2:22 mark before tying the game himself with a wrap-around goal at the 7:26 mark. With Edmonton on the powerplay, he dangled the puck into the zone before it bounced back to Ryan Whitney, who blasted a shot home for a 3-2 lead.
While Patrik Sharp scored his second of the game last in the second to tie it at three, Gagner and the Oilers came out in the second and took the game over.
Just 1:54 into the third, Gagner fired a rebound at the side of the net to make it 4-3. He got the second assist on a Cam Barker goal at the 3:43 mark that chased Corey Crawford from the net before Dave Bolland scored Chicago’s fourth and final goal that game.
Now sitting at five points, Gagner scored goals at the 6:25 and 14:31 mark before adding the primary assist on a Jordan Eberle goal to cap off his eight-point night.