Trade Deadline Preview: Forwards who might interest the Edmonton Oilers 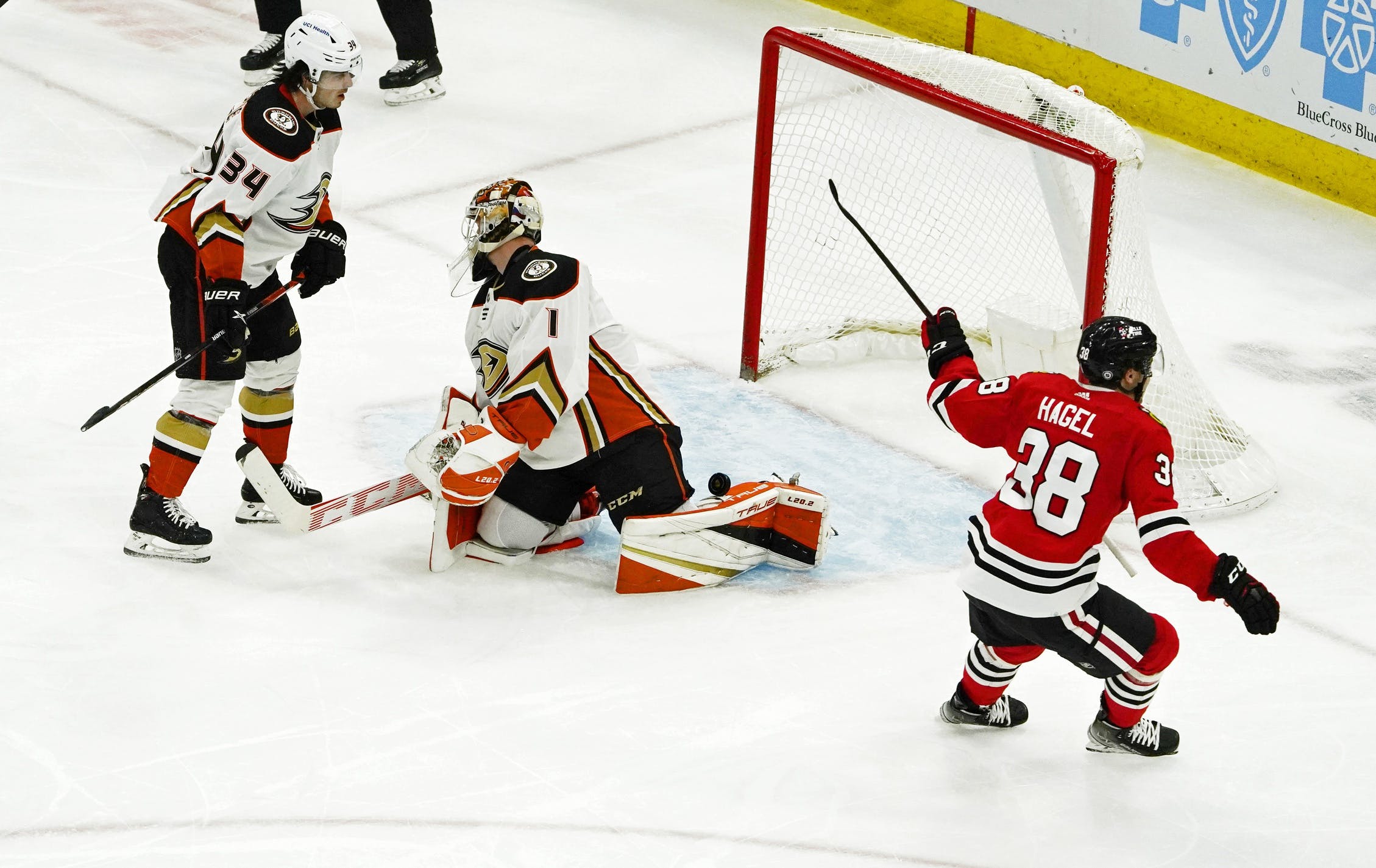 By Cam Lewis
9 months ago
If Ken Holland is going to make a deal before the March 21 trade deadline, it’s most likely going to be with the focus of keeping the puck out of the net.
Acquiring a goaltender or bolstering the team’s blueline would be the clearest path to accomplishing that goal, but Holland could also look into adding forwards who play strong two-way games in order to make the team better defensively.
Holland already made one mid-season addition to his forward group by signing Evander Kane to a one-year contract. Adding Kane has not only given the Oilers another scoring option up front, but it’s also allowed the team to use Ryan Nugent-Hopkins as the third-line centre, which was one of Edmonton’s biggest holes earlier in the season.
I figure that Holland’s priority will be in net and on the blueline as the deadline approaches, but it wouldn’t be surprising to see him pull the trigger on a deal similar to one he made two years ago. Back in 2020, Holland traded for Andreas Athanasiou, and while he didn’t work out with the Oilers, the logic of adding a player under team control beyond the end of the season was sound.
The Oilers are a team desperate to make the playoffs but they’re also close enough to the middle of the pack that giving up high-quality futures for a rental is a major gamble. With that in mind, I’ll focus mostly on players who are under control beyond this season as I go through possible forwards that might be of interest to the Oilers. 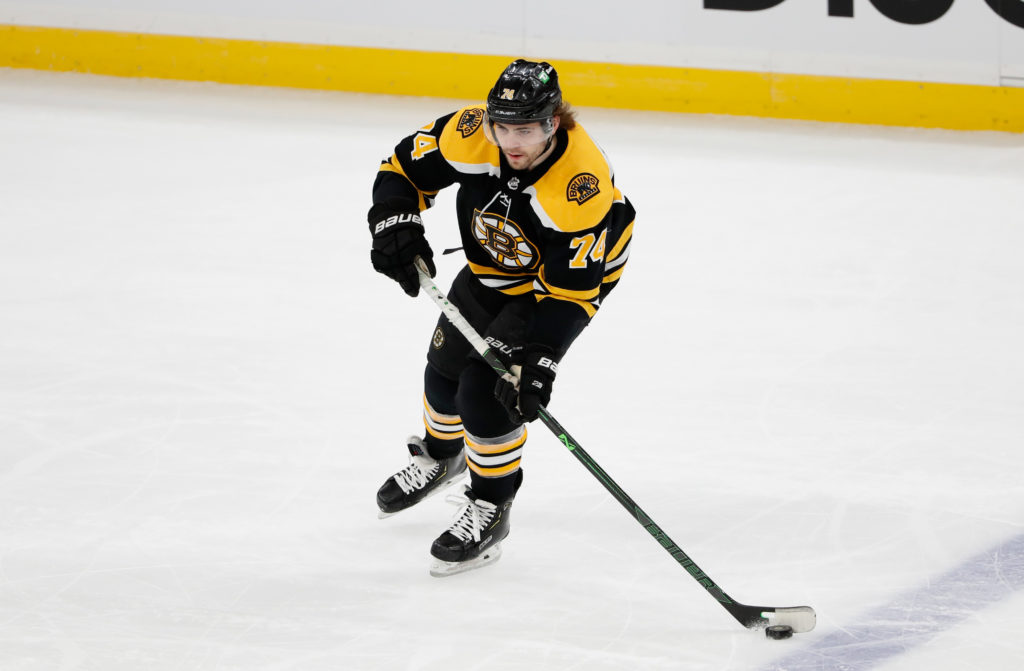 It had been speculated for quite some time that Jake DeBrusk is seeking a change of scenery from the Boston Bruins and the winger formally requested a trade back in December. DeBrusk scored just five goals in 41 games last season and was a healthy scratch on multiple occasions. This season, he’s doing better, with nine goals in 45 games, but that’s still far from the 27 goals he scored in his sophomore season.
Given he’s a legacy player from Edmonton, DeBrusk’s name will always be mentioned as a possible Oilers target. But since the team added Evander Kane, it probably doesn’t make sense to trade for another power left-winger during the season. Also, DeBrusk’s qualifying offer will cost the Bruins a hefty $4.41 million, so there’s a chance he’s a free agent this summer.

Ranked No. 4 on Frank Seravalli’s most recent Trade Targets list, there’s apparently been quite a bit of interest in Chicago’s young winger. The thing about Hagel that makes him so attractive to contending teams is his contract, as he inked a three-year deal worth $1.5 million annually back in August.
The Blackhawks will be trying to sell Hagel as this year’s Blake Coleman, a middle-six forward on a hilariously cheap contract who plays an effective two-way game. The cost Tampa Bay paid for Coleman two years ago was a first-round pick and a prospect. It’s reasonable to assume Hagel can net Chicago something similar.

The Montreal Canadiens have already traded Tyler Toffoli and they’ll surely be trading soon-to-be free agent defender Ben Chiarot as well. Another Hab who will surely generate quite a bit of interest is winger Artturi Lehkonen.
Lehkonen broke into the league in 2016-17 as a rookie and scored 18 goals and hasn’t come close to that total since. This season, he has seven goals in 49 games, which matches the seven he scored in 47 games last season. The thing that makes Lehkonen an attractive option is his defensive game, as he’s consistently boasted some of the best underlying numbers on the Habs since he broke into the league.
He carries a $2.3 million cap hit this season and will be a restricted agent at the end of the season. Lehkonen will be eligible for unrestricted free agency after 2022-23.

It isn’t easy to find bright spots on this year’s horrible Arizona Coyotes team, but Lawson Crouse is quietly having a very good season. It’s taken quite a bit of time, but Crouse has finally developed into the quality two-way forward that scouts thought he would back when he was drafted No. 11 overall in the 2015 draft.
Through 50 games, Crouse has 14 goals and 24 points this season, which is one shy of matching a career-high in both categories. Also, despite playing heavy defensive zone minutes, Crouse has among the best shot attempt and goal differential of anybody on the Coyotes this season.
Crouse has a small cap hit at $1,533,333 annually and he’ll be a restricted free agent at the end of the season. As with Lehkonen, he has one more year of team control before he can hit the open market.

When the New Jersey Devils drafted Pavel Zacha No. 6 overall in the 2015 draft, the hope was that he could develop into a good, two-way centre for the team. After a few difficult years early on, Zacha has broken out as an effective scoring winger. He scored a career-high 17 goals in 50 games in 2021 and currently has 12 goals in 47 games this season.
Zacha has a cap hit of $2.25 million right now but he’ll be due a pretty significant raise this summer as a restricted free agent given his output the past couple of seasons. Though he’s best served as a winger at this point, the fact Zacha can play centre in a pinch makes him an interesting option. 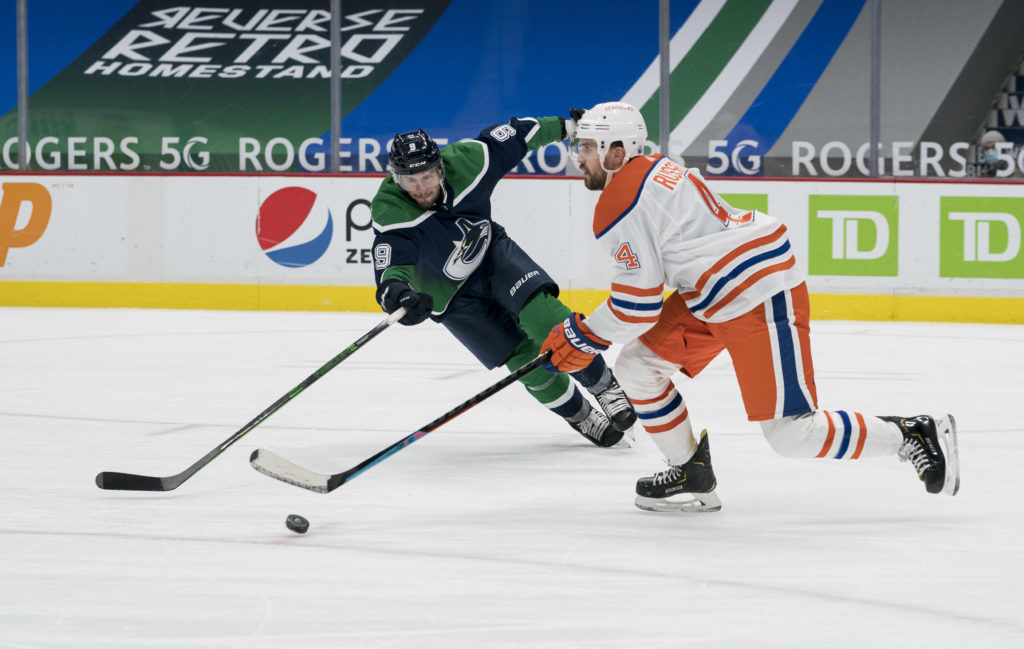 The Canucks are nowhere near contending so they’d be best to seel off J.T. Miller while his value is at its highest. Miller has been excellent for the Canucks over the past three seasons and he’s on pace to set a new career-high in both goals and points as he has 18 and 53 through 50 games this year.
His $5.25 million cap hit, which expires at the end of the 2022-23 season, is very reasonable for a point-per-game player who has the talent to drive his own line. The Oilers would need Vancouver to take on a contract in return, such as Tyson Barrie, in order to make this work financially. That’s a big ask, as is trading a star player to a division rival.

Now that we’re through the under-control player who have been showing up in trade rumours, let’s look at some rental options who won’t break the bank.
The first one is Nick Paul, a hard-working, two-way forward for the Ottawa Senators who plays both centre and wing and kills penalties. He has nine goals and 16 points through 49 games this season, which is decent production given he plays primarily in a defensive role. His $1.35 million cap hit is also dirt cheap.

Another versatile, inexpensive, two-way forward who will be available on the rental market is Calle Jarnkrok, Seattle’s pick from the Nashville Predators at the Expansion Draft last summer.
Jarnkrok has 10 goals and 21 points through 41 games for Seattle, which is pretty much in line with what he’s produced over his NHL career. He’s in the red in terms of goal differential for the first time in his career, but we can pin that on the Kraken being miserably bad at keeping the puck out of the net. Jarnkrok has always been a good defensive forward.

A player the Oilers know well from last season, Copp is somebody that the Winnipeg Jets could opt to move before the trade deadline if the team falls further out of a playoff spot. Copp has had success in multiple roles for the Jets over the years, playing as a defensively responsible two-six winger and as the pivot of the team’s third line.
Copp is logging 20:27 per night for the Jets this year, has 12 goals and 28 points through 47 games, and has posted a face-off percentage of at least 53.8 in each of the past three seasons. His cap hit is $3.64 million.