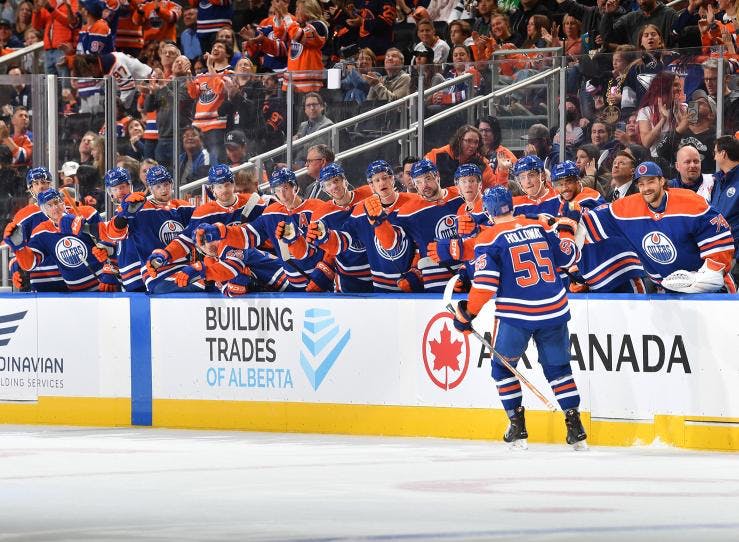 By Zach Laing
3 months ago
In his first game playing in the Edmonton Oilers’ top six with true top six players, Dylan Holloway made the most of it.
He scored a trio of goals on Monday night as the Oilers routed an under-matched Vancouver Canucks club 7-2. Each one of his trio of tallies came in big moments, too.
Holloway opened the scoring 10:39 into the first period when he corraled a rebound at the blue line and fired a snap shot home. His second tally came when the Oilers had a 2-1 lead.
At the 12:16 mark, Holloway broke into the offensive zone down the left side driving to the net. As he drove through the faceoff circle and got to the bottom of it, he fired a shot up over the opposite side shoulder of Canucks goaltender Collin Delia.
Carrying a 4-2 lead late in the game, Holloway found a loose puck behind the Canucks’ net bringing it out to the faceoff circle to the right of Delia. Using two partial screens, Holloway managed to rip the puck on net finding twine.
It was a great night for the Oilers prospect who likely cemented himself a spot on the opening day roster with his performance.
Zach Laing is the Nation Network’s news director and senior columnist. He can be followed on Twitter at @zjlaing, or reached by email at zach@oilersnation.com.