Weekly NHL Rumours – PTOs and other stories from around the league 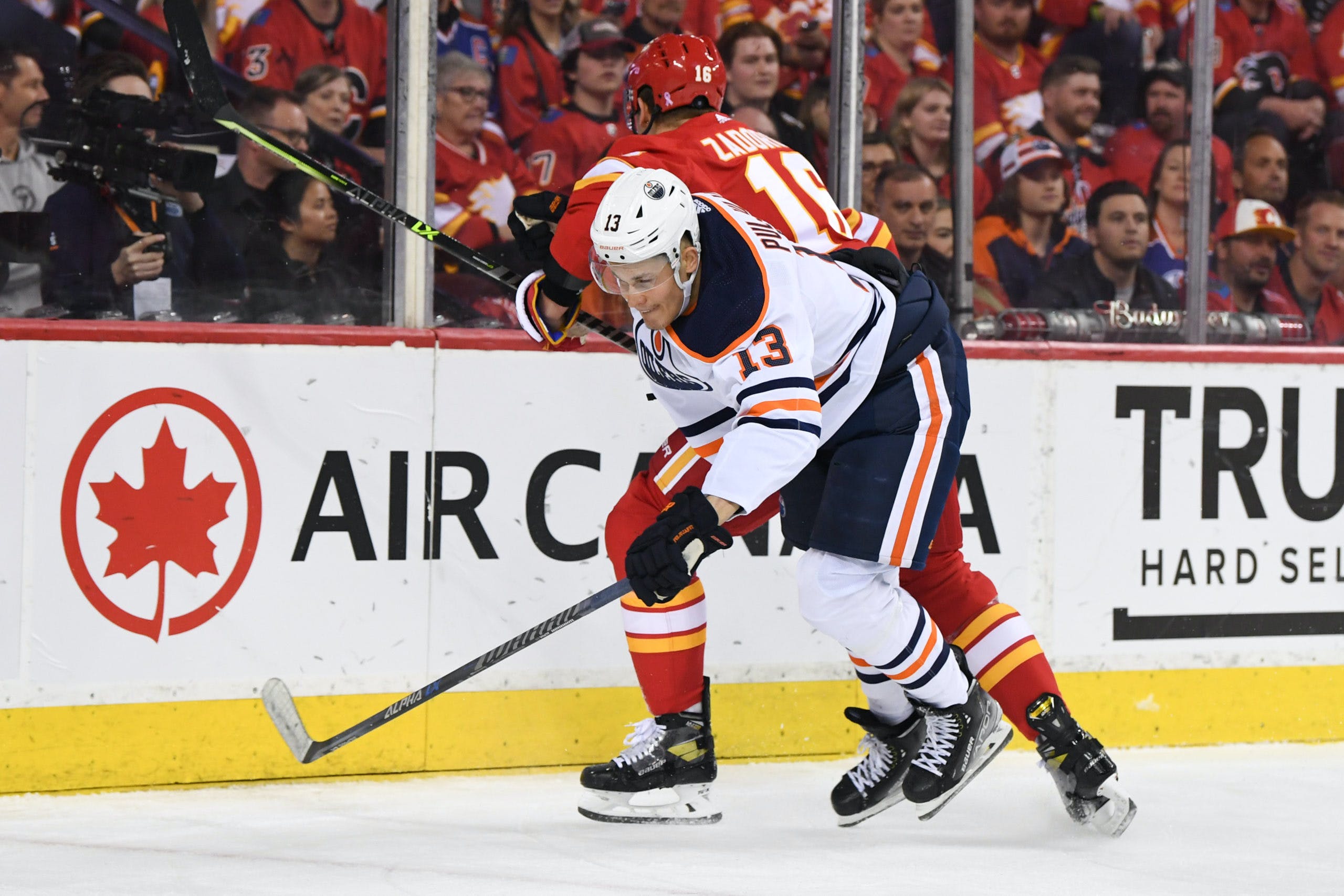 By Tyler Yaremchuk
4 months ago
We are one month away from the start of the NHL season! Personally, I am already dreading having to watch preseason hockey. People are always overreacting to individual games, there’s always the fear that a key player will get hurt, and honestly, they’re just boring games to watch.
Anyways, with preseason games close to getting underway there are still three big questions surrounding the Oilers that we’ll need to get answers to.
Let’s start with number one. Yes, at one point the Oilers were interested in bringing Jake Virtanen to camp on a PTO but the latest from Mark Spector has made it sound like it’s not going to happen.
Personally, I never understood it. He comes with a lot of baggage and he’s just not that good. He posted. He only scored nine goals in 36 KHL games last season and in his last NHL season, he only had five goals in 38 games. He’s not worth the headache and it’s really as simple as that. There isn’t a lot of upside with this player.
I’d rather see them take a stab at a player like Sonny Milano who has shown he can play in a team’s top six. That likely won’t happen either though. I think the only move involving a forward that we could see over the next few weeks involves one going out the door.
Daniel Nugent-Bowman followed up that Spector report with one of his own saying the team is out on Virtananen but is bringing veteran defenseman Jason Demers to training camp. They’re also interested in former Flames winger Brett Ritchie.
I like both of these names. Neither comes with much upside, but they could be solid depth pieces.
Demers shoots right and while he hasn’t played in the NHL since 2020-21, he gives them a solid insurance policy on the right side if one of Ceci, Bouchard, or Barrie were to go down and Broberg isn’t ready to play his off side at the NHL level. It’s a low-risk, low-reward kind of add, but those can be important.
Ritchie scored in games one and two of the Battle of Alberta playoff series and the most notable part of his game is his size. At 6”4, 220 pounds he could be a $750k version of Zack Kassian. While some of you might roll your eyes at that, I don’t hate the idea. If he can be a competent depth forward who brings some intensity and toughness to the fourth line, then he could be a fairly valuable piece. He also has solid possession numbers.
I didn’t like Kassian because of his contract and because he always found his way into the top six when he didn’t deserve it. Neither of those will be a problem with Ritchie if he ends up making the team. The competition for roster spots among the bottom six wingers is getting a little tougher.
This brings me to the second part of this conversation. How are the Oilers going to get cap compliant?
This one is puzzling because all three of Foegele, Puljujarvi, and Barrie are at training camp now and if I’m being honest, I assumed that a move would have been done already. Yet here we are, still patiently waiting to see what Ken Holland has up his sleeve.
Ryan Rishaug says that the team is still exploring trading Jesse Puljujarvi, which sounds like a bad idea.
I’m not totally against the idea of trading Puljujarvi in general, but it has to make you a better team. Losing Puljujarvi for just draft picks does not do that and the closer we get to the start of the season, the more likely it is that a trade would be for just picks.
Remember when they held onto Nail Yakupov until training camp and then dealt him to St. Louis? All they got in return was just some magic beans. Not a good deal.
If there’s a deal involving Puljujarvi and maybe another asset that brings back a more proven, yet still cost-effective right winger then sure, do that deal. But I don’t see that as a realistic possibility.
According to Rishaug, it doesn’t sound like a Barrie trade is going to happen and personally, that would be the route I would go. If you could trade Barrie for a solid third-line right winger, you could use the money you saved and go sign PK Subban, who could easily handle third-pairing minutes and fill in on the powerplay once in a while, for a quarter of the price of Barrie. Of course, making a deal like that is easier said than done, and at this point, with a lot of teams having their rosters already set, it might be tough to find a taker for Barrie.
Barrie is also a big part of the locker room and sometimes it’s best to not mess with a good thing. So it sounds like they’ll hold onto Barrie.
That means that for the 8th straight week, I’m here to tell you that trading Warren Foegele is the easiest solution to this problem unless the Oilers have some salary cap trickery planned.
Speaking of the Oilers and their salary cap, Assistant GM Bill Scott, who is the team’s cap wizard joined Jason Gregor on The DFO Rundown recently. Here are the links:
Finally, there’s the Ryan McLeod situation. With no arbitration rights, a contract here seems pretty cut and dry. It’ll be a one or two-year deal worth somewhere between $850k – $1 million. It hasn’t happened because the Oilers need to figure out their cap situation. Simple as that. It’ll get done before the season though. 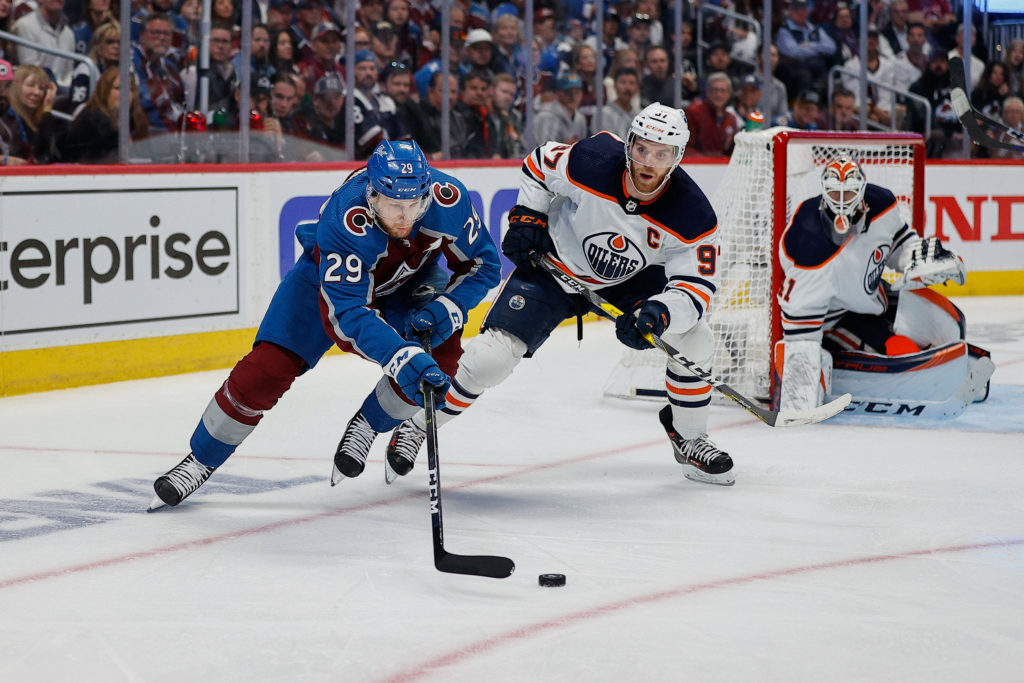 I’ve been going around the Pacific Division for Oilersnation Radio over the last week to get you set for the upcoming season. They’re short 15-20 minute podcasts on each of the Oilers division rivals. Here are the ones I’ve crushed out already: