Where could Dylan Holloway play? 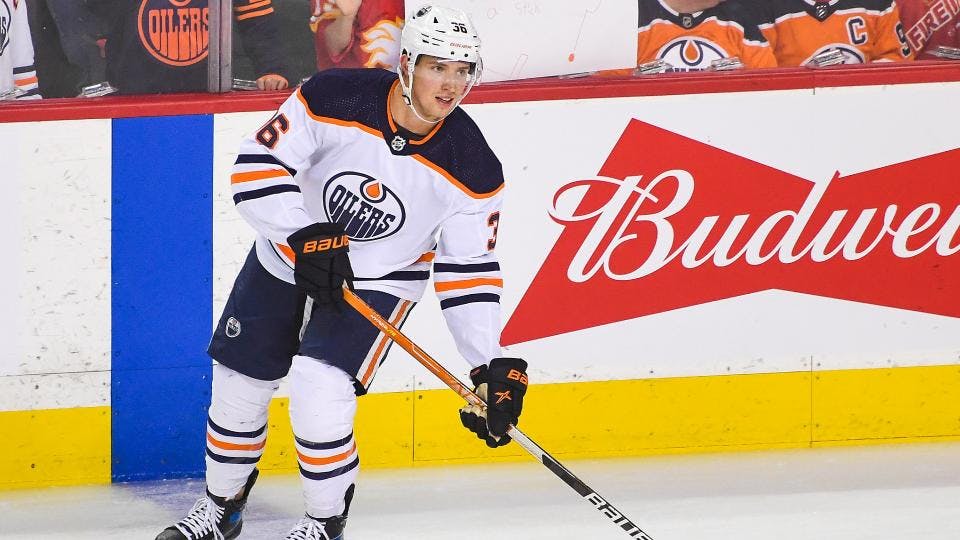 By Liam Horrobin
4 months ago
We are getting close to the end of the silly season with NHL trade camps right around the corner. Many of the Edmonton Oilers are now back in town, preparing for what is around the corner. While the majority of the holes in the forward group have been filled, there’s still plenty of speculation on where everybody slots in.
The most significant discussion comes around rookie forward Dylan Holloway. Holloway played in game four of the Western Conference Final versus the Colorado Avalanche, however, he only took the ice for seven shifts for a grand total of 3:27 of ice time. Based on the limited sample, it’s hard to get a read of what he could bring to the team with that limited viewing.
Despite the lack of at-bats, we do know what Holloway was capable of with the Bakersfield Condors in the American Hockey League. In 33 games, Holloway scored eight goals and 22 points in the regular season and then had two goals and four points in five playoff games. Throughout his young career, he’s always had a knack for scoring points, which was evident when he finished with 88 (40 goals, 48 assists) in his final season of junior with the Okotoks Oilers. Nineteen goals and 52 points followed that in 55 games with the University of Wisconsin Badgers. Another potential threat Jay Woodcroft can add to his offensive group.
An ideal spot for Holloway to play next season is on the left wing on the third line, alongside Ryan McLeod (centre) and Jesse Puljujarvi (right winger). That feels like a line that could cause some damage and have endless potential.
That would push Warren Foegele down to the fourth line if the Oilers don’t trade him with Derek Ryan and Mattias Janmark. It wouldn’t be beneficial for Holloway to play on this line due to the lack of offensive creativity, and the Oilers need to put him in a spot to succeed. Yes, Janmark and Ryan have a reputation for contributing scoring-wise, but you want Holloway to be with players that can help him thrive to his full potential.
Here’s how I think Woodcroft should lineup his forwards on the opening right:
The great thing about the Oilers’ forward group is the flexibility. You can move Nugent-Hopkins down to the third line if you need, then McLeod to the fourth line. There’s even the option of moving Puljuarvi to the top line and pushing Kane to the left and Hyman to the second. Realistically the possibilities are endless.
Holloway on the third line is the perfect spot for him to begin. There’s nothing to say that he can elevate himself as the season progresses, but for now, those three youngsters could really benefit from each other, which also benefits the team.