Who has the best moustache in Oilers history? By Woz
8 days ago
As it is November, better known as Movember, it had me wondering: Who has the best mustache in Edmonton Oilers history? Once again, I asked around Oilersnation, receiving answers from TikTok, Twitter, and Instagram! Let’s see what you had to say.

One answer I didn’t expect was the stache of Bill Flett. Flett played twenty games for the Edmonton Oilers in the NHL in the 1979/1980 season. He also played a few seasons prior to that during the WHA days. Not only does he boast a glorious mustache but his face in general is beautiful. I say we put Bill’s face in the dictionary next to the word beard.
Lots of love for Grant Fuhr on this one! And I must say if you’re ever looking to grow yourself a mustache, take notes from Grant Fuhr!
KGYEG says it’s a runoff between Anderson and Skinner. Mike Brown definitely deserves a little love. Maybe we’ll have to run a poll here soon!

Nuge playoff stache! Hyrum.wright mentions how his seven hairs are unmatched, however, it might be a little more than that. Let’s be honest here, one of the highlights of last year’s playoff run was seeing how much hair Nuge could actually grow on his face. Bit of a patch on his chain as well! 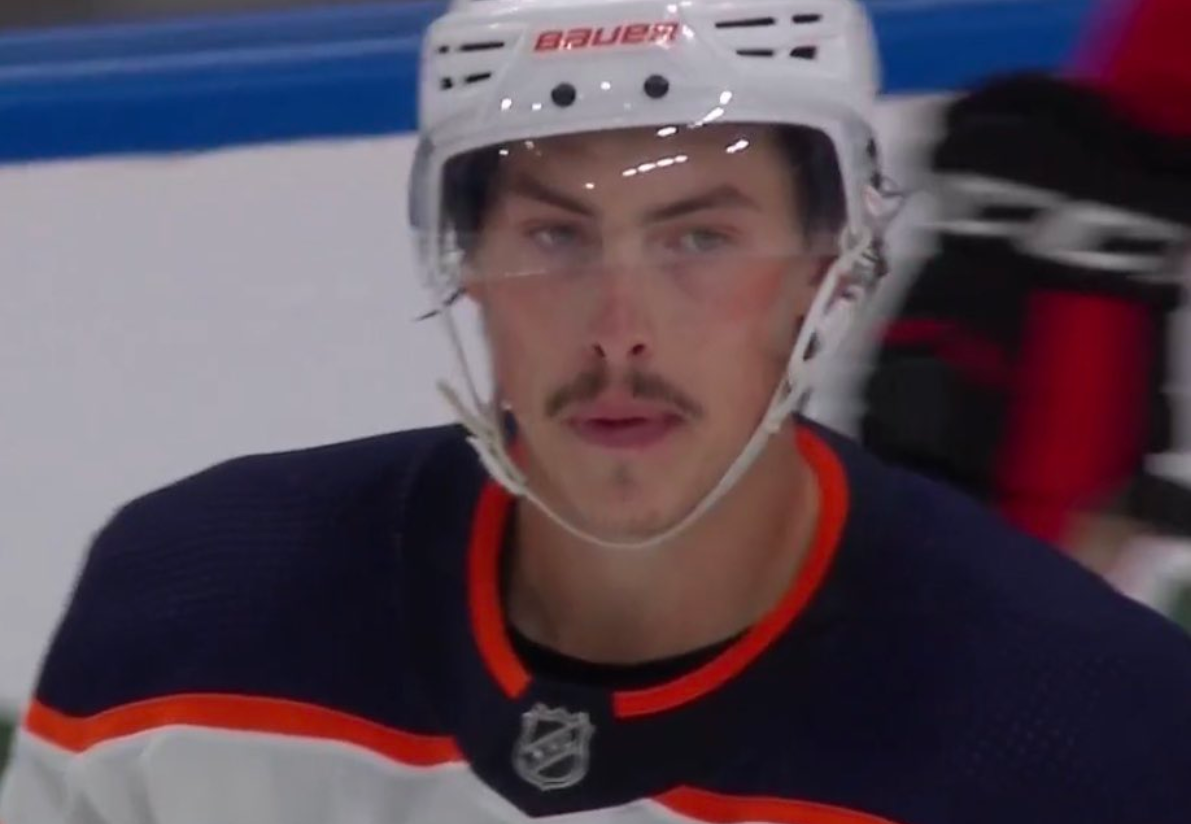 Shoutout to Flamesnation for also chiming in! The one positive of the Flames franchise is that Lanny McDonald is a Calgary Flames legend and the fact he arguably has the best mustache in NHL history. Who has the best better stache, Lanny or Nuge?

Little bit more love for Bill ‘Cowboy’ Flett. It feels like Bill doesn’t get enough love for his stache. Yes, Fuhr and Anderson definitely were the notable names from the 1980s but I’m sure they took notes from the legendary Bill Flett.

Shoutout to the kids on TikTok who know who Glenn Anderson is. From what I’ve gathered after reading the social comments, Anderson seems to be the clear winner next to a current-day Edmonton Oiler! After taking a few more looks, Anderson might have a Top 3 caterpillar in NHL history. I really hope I used that term correctly.

“Skinner does, it looks like a push broom” Skinner might just have the best mustache among current NHL players. Not only is Stuart Skinner very good at stopping pucks, but his moustache game is also on point. I wonder how he takes so good care of those bristles. Regardless, he looks very different without one!

From all the comments it feels like Skinner, Anderson, and Fuhr have the best moustaches in Oilers history. I feel an honourable mention should go to Mike Brown! and shoutout to those who brought up Bill Flett, an Oiler I never knew of until today, and thanks to his glorious moustache! Who do you think has the best mustache in Oilers history? Is there anyone we’re missing? Let us know!
Oilers Talk
Social Corner
Recent articles from Woz