Who is the Connor McDavid of the Soccer World? 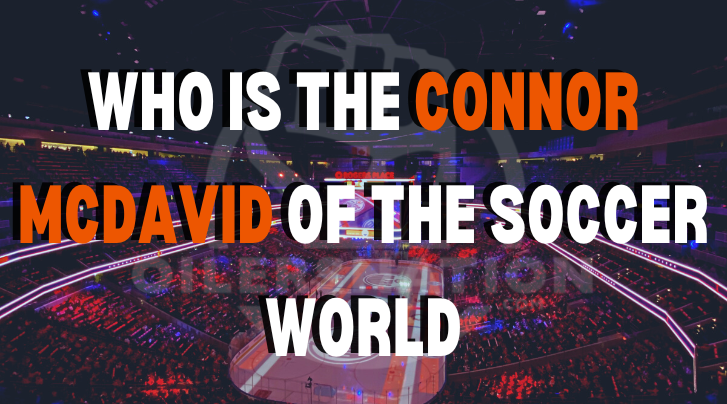 By Woz
1 day ago
With the World Cup officially underway, it had me wondering: Who’s one player you could compare from the world of football/soccer to Connor McDavid? I posed this question across Oilersnation social channels (TikTok, Twitter, and Instagram! Let’s see what you had to say. p.s. this article is completely just to have a little bit of fun and engage with Oilersnation community members!

First, we take to Twitter where yegbanya compares McDavid to Ronaldinho. Originally, I didn’t think about it but this makes sense. Ronaldinho, as titled in the video linked, is labeled as the sport’s greatest entertainer. Right now, that’s Connor McDavid without a doubt, when it comes to hockey. Who is as entertaining as Connor in our sport right now? Nobody. Hopefully, Connor has more longevity than Dinho though!
Blackspy619 compares Connor to Egyptian, Mohammed Salah! Salah is not partaking in this year’s World Cup, however, I can see where he’s coming from. Especially in the last few years, Salah has become one of the best soccer players on the planet. Salah is one of the fastest in the sport and is also very good at putting the ball int he the net. Speed has always been a part of Connor’s game however the goal-scoring has improved immensely this season. Weird to say that as McDavid consistently scores 40 goals a season. I like this comparison from Blackspy619!
Erling Haaland is an interesting shout from Ryan here. Haaland this season with Man City has looked like a machine with how he’s been able to score goals. At times we also question if Connor McDavid is human or not! Could Haaland and McDavid both be considered cyborgs?

Rolando on Instagram has compared Connor McDavid to Lionel Messi! When I posed this question originally, this is who I thought Connor was most comparable to. The way Connor is able to handle the puck at such a high speed reminds me of how Messi is able to take on defenders with his dribbling ability. Connor’s puck control really reminds me of the way Messi is able to control the ball. They both have the skill to take on two – four defenders at once and score. Both are, in my opinion, the best players of their generation and for me, Messi is the greatest of all time, and I believe one day we will also view McDavid as the GOAT in Hockey! 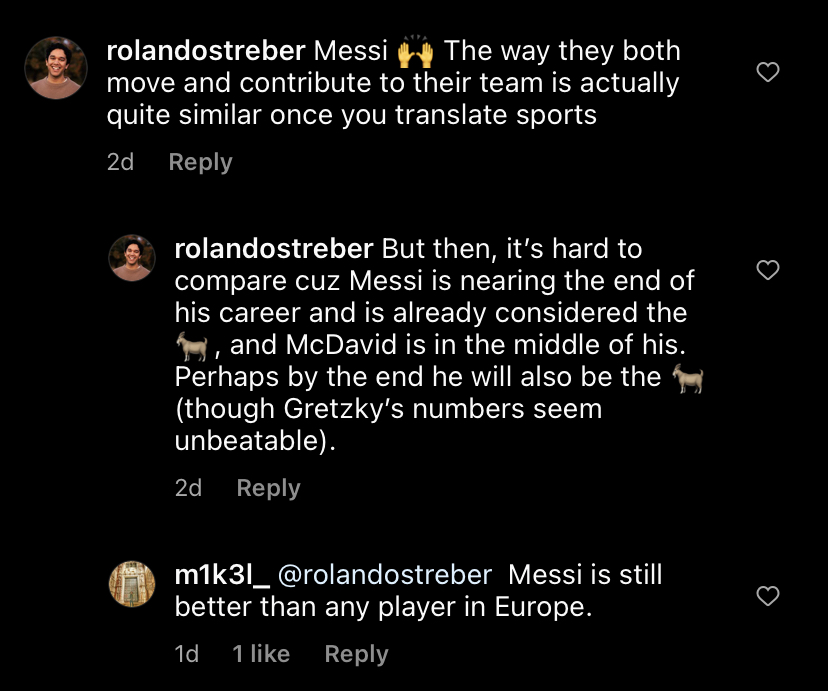 How about the legendary Maradona?? As I mentioned above about Connor’s puck control, you could compare it to Maradona’s dribbling as well! However, I don’t know if McDavid has the swagger or prowess that Diego had. Then again I can’t really comment as I never fully watched Maradona in his prime. Maradona is also regarded by many as the greatest soccer player of all time.

Our hometown boy, Alphonso Davies! Alphonso is the full package for a soccer player. Works for the team, can play in a different number of positions, and has explosive speed. When it comes to speed you can definitely compare Connor to Alphonso. However, I don’t see Davies being as offensively dominant as Connor McDavid. I also don’t ever see Connor being as defensive as Davies. Fun comparison though!

And of course, we can’t forget about Cristiano Ronaldo! Can you compare them in some senses? for sure. Ronaldo in his prime was so dominant offensively, in my opinion, the greatest goal scorer of all time. But is he the most complete player? I view Messi as a little more complete in terms of passing, vision, IQ, and everything Connor McDavid has on the hockey side. Maybe Cristiano is more of a Leon Draisaitl or Alex Ovechkin?

Slight comment war over on TikTok. They didn’t necessarily answer the question but I can see Leon being more of an Erling Haaland. Maybe that’s a question for another day? 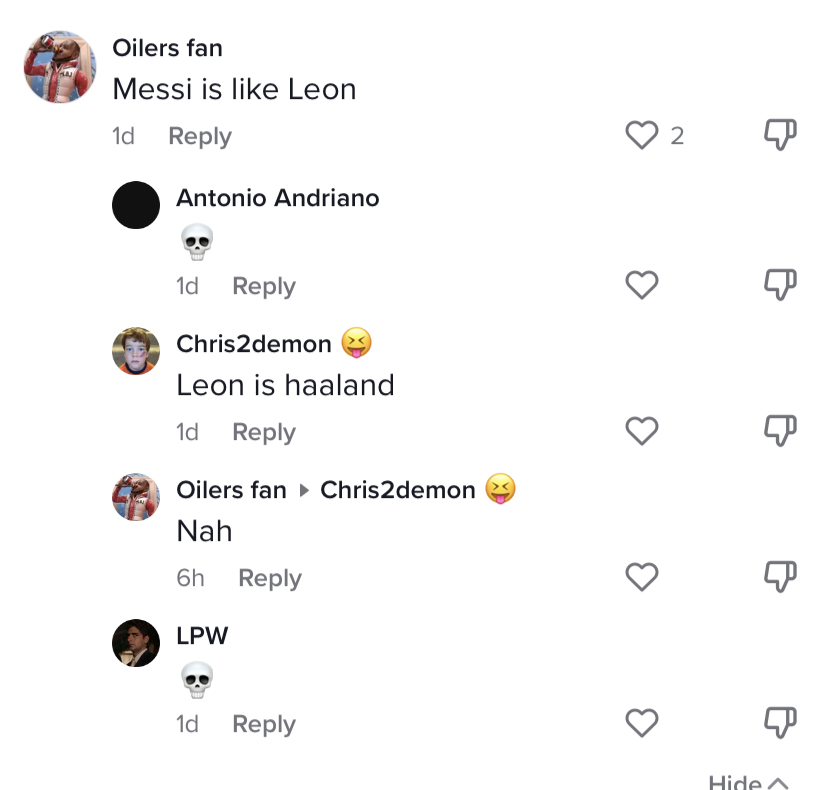 I like where Dylan’s mind is at here, however, I’d swap the two. Leon = Cristiano and Messi = McDavid. Hopefully, one day before they retire, we see CR7 and Lionel Messi on the same team!

Can we compare anyone from the soccer world to Connor McDavid? Possibly. And it’s always fun comparing athletes from other sports! If you’re in need of extra soccer content, please go check out The 90th Minute! It’s the Nations soccer hub. Great mix of knowledge and banter!!
Oilers Talk
Social Corner
Recent articles from Woz