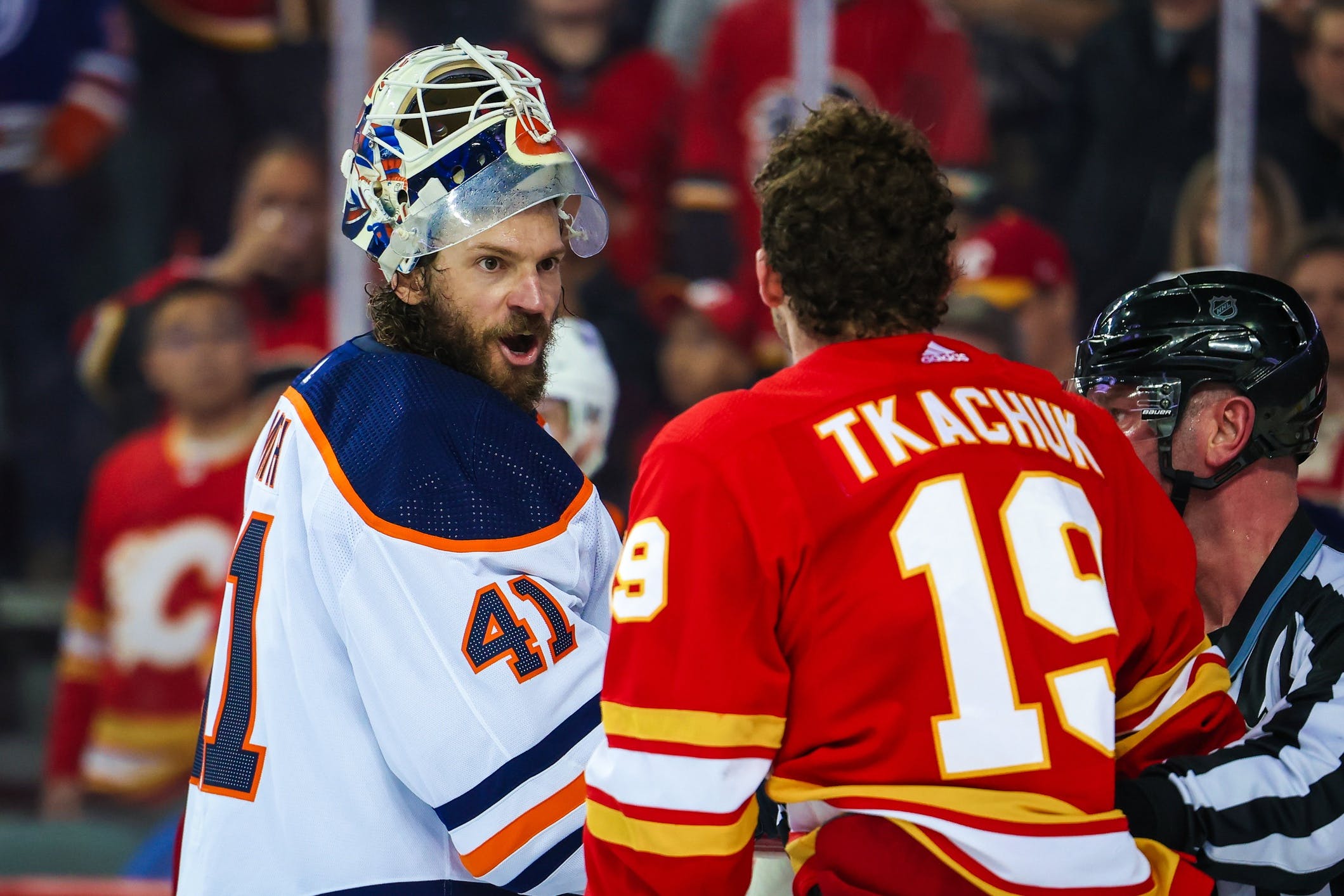 By Robin Brownlee
4 months ago
As if Johnny Gaudreau’s decision to leave the Calgary Flames to make less money with the Columbus Blue Jackets wasn’t enough of a jolt for Flames fans, to hear Eric Francis of Sportsnet tell it, Matthew Tkachuk is on his way out the door too.
In an article on Sportsnet Monday, Francis suggested the Flames filing to take Tkachuk to arbitration was pushing them to the brink of losing the talented forward. About the filing, Francis wrote: “The club did it to prevent a one-year offer sheet, but moreso to buy time.
“Optimists will suggest it’s time needed to try coming up with a long-term agreement with the star winger. Realists will surmise it’s time required to trade the team’s second-best player to a team south side of the border. Consider me a realist.”
Francis didn’t back off that take in an interview with Bob Stauffer on Oilers Now today. In fact, Francis was even more adamant that Tkachuk, who had 104 points with the Flames this season, second only Gaudreau’s 115, would be packing his bags. So much for the Battle of Alberta, just getting started again with the teams meeting in the postseason for the first time since 1991. 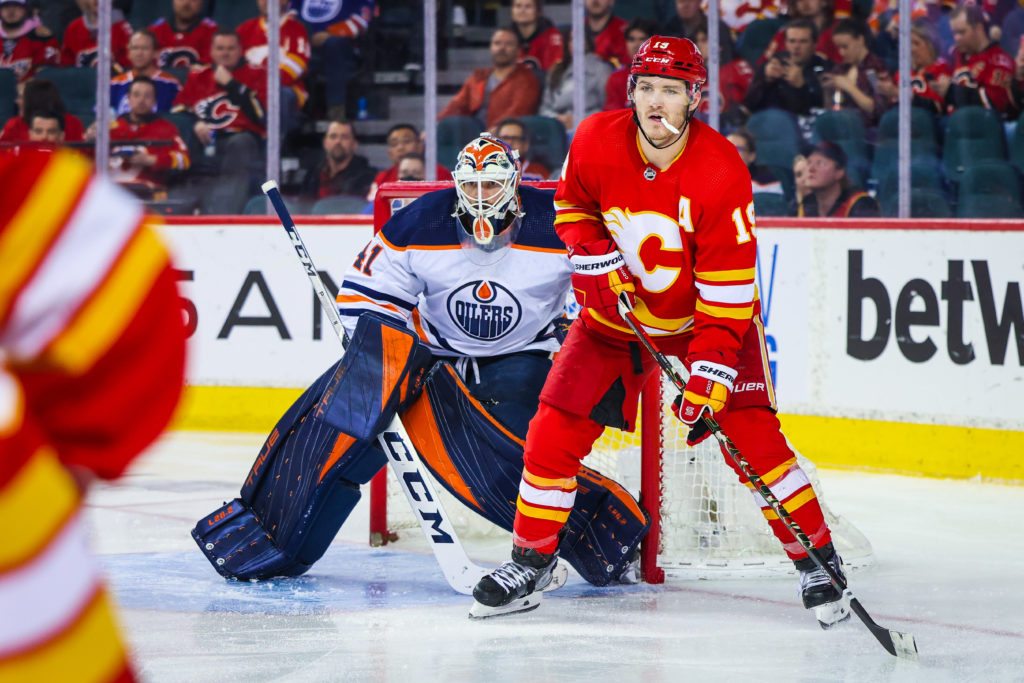 Mar 26, 2022; Calgary, Alberta, CAN; Calgary Flames left wing Matthew Tkachuk (19) screens in front of Edmonton Oilers goaltender Mike Smith (41) during the third period at Scotiabank Saddledome.
“It’s happening,” Francis told Stauffer when he asked about the possibility of Tkachuk following Gaudreau out of town. It’s over. They both are gone. I’ve told anyone who will listen these guys are both going to bolt. It’s not because they don’t like the organization. It’s not because they hate Calgary. It’s because there are greener pastures out there, boys.
“I love my city. I know you guys love your city. I love my country, but at the end of the day, there are greener pastures with better weather, better tax situations, closer to home. No ridiculous border in the way of family visits. There are a lot of reasons why these two guys, both happen to be American, there’s the common thread. No doubt in my mind Matthew Tkachuk has played his last game as a Flame. As a matter of fact, I’d be pretty surprised if this wasn’t wrapped up within the week.
“It’s pretty clear to me that this arbitration move that the team made (Monday), that’s the best way and only way to interpret what’s going on here. They wanted to buy more time so they could make a better deal and talk to more suitors . . . if I’m reading this correctly, Matthew Tkachuk is gone. He’s no longer going to be a Calgary Flame in the very near future. It’s another horrific day for the Calgary Flames.”
Home isn’t Columbus for Gaudreau, Salem, New Jersey is. The seven-year, $68.25 million contract he signed with the Blue Jackets is considerably less than the eight years and $84 million Calgary was offering. As far as having a chance to win goes, the Flames had 111 points in the Western Conference last season, the Jackets had 81 in the Eastern Conference.
Now, Tkachuk represents the second shoe to drop. Tough week.