Will professional tryouts to Jake Virtanen or Jason Demers end in contracts? 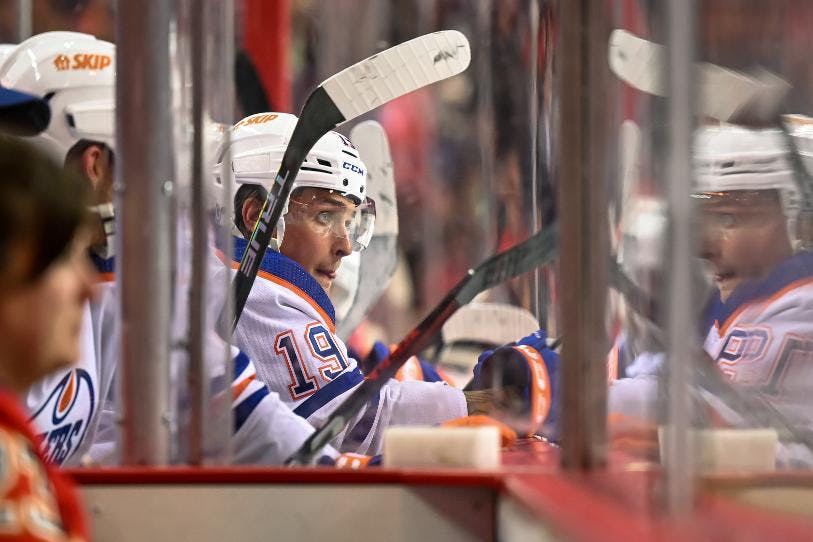 By Zach Laing
3 months ago
We’re now through the first three preseason games and sooner rather than later, we’re going to start seeing the Edmonton Oilers’ NHL’ers coming out to play.
I’d expect Friday night, when the Oilers host the Calgary Flames, to be the start of that. Over the next few days we’ll likely see some more cuts to the bottom end of the roster — the junior players, the young AHL’ers, etc.
But there are a few outstanding players of note the Oilers will need to make decisions on: Jake Virtanen and Jason Demers.
Virtanen came into camp shrouded in controversy and seemed to be motivated to turn the page on a checkered past — on and off the ice — and return to the NHL a new player. He wanted to prove his ability as a power forward as someone who once looked like he could become the premier player at the position.
Instead, Virtanen looks more destined for a second-tier pro league in Europe than he does NHL ice.
It’s not for lack of chances, either.
Last night, he drew in for his third game of the preseason playing 15:29 in all situations that included 3:11 on the powerplay. He registered just one shot on goal, and couldn’t help break up the Flames’ cycle on their third goal of the game. Even while getting the second most powerplay time of any forward in that game, I can’t recall one positive thing he did on the ice. This isn’t new, either.
Across his three games, Virtanen has played 12:15 on the powerplay generating two shots on goal and one scoring chance. He’s spent zero time on the penalty kill and in his 30:06 of even-strength time, he’s taken one shot on goal and laid only three hits. At 5×5, the Oilers have controlled 40 percent of the shot attempts, 50 percent of the goals scored (1-1), 42.95 percent of the expected goal share and just 41.67 percent of the scoring chances. Virtanen has an even PDO of 100, suggesting what you see is what you get.
Nothing about what he’s brought to the table shows me that A), he’s better than any of the other numerous players vying for bottom-six minutes, or B) that he’s any different of a player on the ice now than when he was with the Vancouver Canucks.
With a professional career in the NHL on the line, Virtanen looks none-too-interested in separating himself from what’s a tight pack in Edmonton. I don’t see him earning a contract in Edmonton.
Demers, meanwhile, is another player who is likely to find himself on the outside looking in. While he was mainly brought in as someone who could fill in for Cody Ceci as he recovers from a hamstring injury, it wasn’t out of the question to see Demers stick around as a seventh defenceman. Similar to Virtanen, Demers hasn’t done much to separate himself from another tight pack on the Oilers’ backend.
Last night against Calgary was a rough one for Demers. He, alongside his partner Markus Niemelainen, got worked over all night long. While they drew tough assignments against the Flames’ stacked top six, the Oilers were out-chanced 2-14 with Demers on the ice.
If the Oilers feel they need some more organizational depth on the backend, there’s a world where signing Demers and passing him through waivers makes sense. Vincent Desharnais is expected to miss a month with a hand injury, so it could make sense that the Oilers want to supplement things down south.
Zach Laing is the Nation Network’s news director and senior columnist. He can be followed on Twitter at @zjlaing, or reached by email at zach@oilersnation.com.