WJC GDB 5.0 Wrap Up: Canada moves onto the semi-finals, will face Czechia 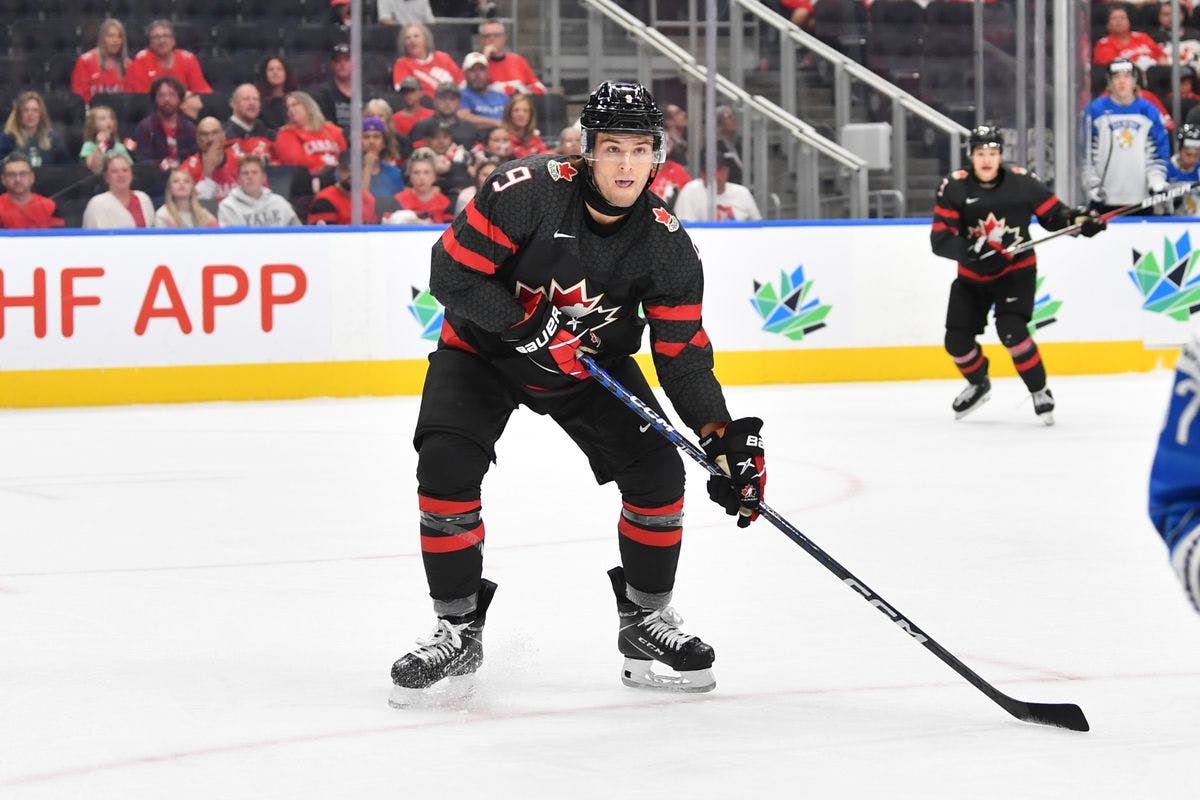 By Liam Horrobin
5 months ago
Canada is advancing to the semi-final of the 2022 World Juniors after defeating Switzerland 6-3 Wednesday night marking their third trip to the final four in the last three years.
While Canada, who is looking to retain gold for the first time since 2020, has had regular success against the Swiss in the past, their quarter-final matchup wasn’t an easy one. The scoring started early enough that fans weren’t even in their seats yet. Tyson Foerster scored just over a minute into the game, giving Canada the start they had hoped for; however, Switzerland answered quickly when Simon Knak scored at the 2:21 mark.
The game stayed level for most of the period until Canada opened it up. Jack Thompson, Logan Stankoven, and Nathan Gaucher gave the Canadians a three-goal advantage, which felt out of reach for the Swiss. They wouldn’t go away, though. With only nine seconds remaining in the first period, Attilo Biasca put Switzerland on the board for the second time, giving them some momentum heading into the intermission.
Up 4-2, Canada restored their three-goal lead in the second when Will Cuylle found the back of the net. But, yet again, the Swiss proved resilient, scoring a third midway through the period from Biasca for his second of the game. Unfortunately for them, it would be their last of the game.
Logan Stankoven scored on an empty net to punch Canada’s ticket to the semi-final, where they face Finland on Friday.
In another big quarter-final matchup Wednesday night, Czechia knocked off the United States in a massive 4-2 upset. Earlier in the day, Sweden beat Latvia 2-1 while Finland advanced with a 5-2 win over Germany.
In the semi-finals set for Friday, Canada will take on Czechia (2 p.m. MST) while Sweden will take on Finland (6 p.m. MST).

Want to watch the next generation of hockey stars before they make the show? The World Junior Championship is coming to Edmonton, and this is your call to grab tickets! Get your tickets here
Nation Takes
News
Oilers Talk
Recent articles from Liam Horrobin