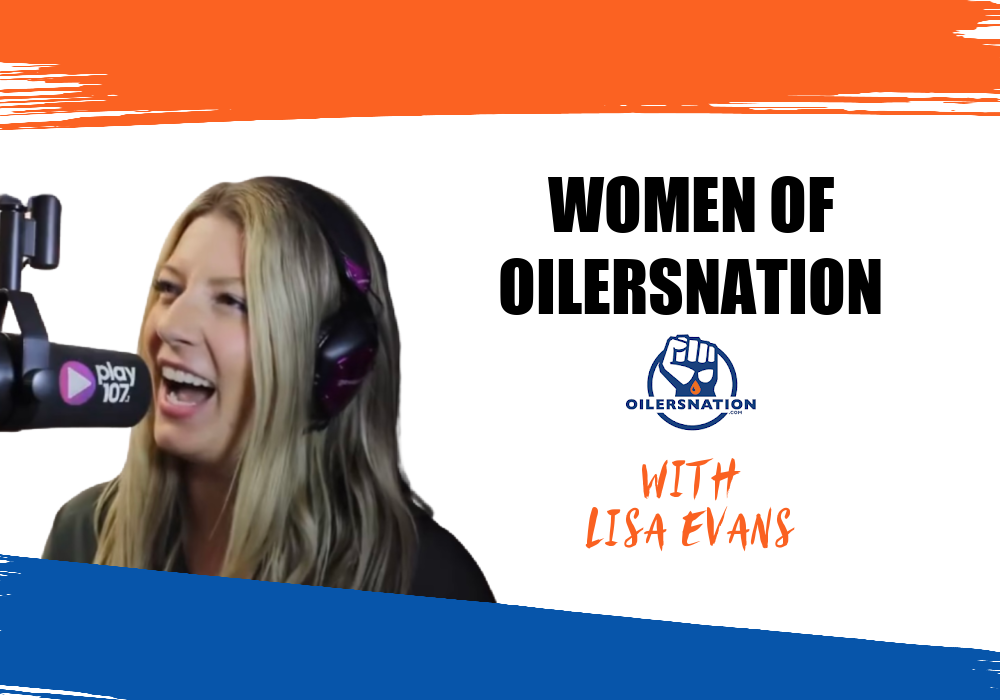 By Kyla Lane
1 year ago
You know those people who can light up a room with their energy and truly make people feel good by just being who they are? This week’s Women of Oilersnation guest is exactly that person! Lisa Evans is a morning radio host on Play107 and one of the kindest and funniest women I know. Lisa and her co-host, Ryder, have done amazing things for the Edmonton community and I’m excited to give her some love right back!
Last week I featured Katie Stanners, a radio host and producer on 104.9 Virgin Radio who’s doing epic things to highlight women in Edmonton! If you missed it, you can read her feature here: 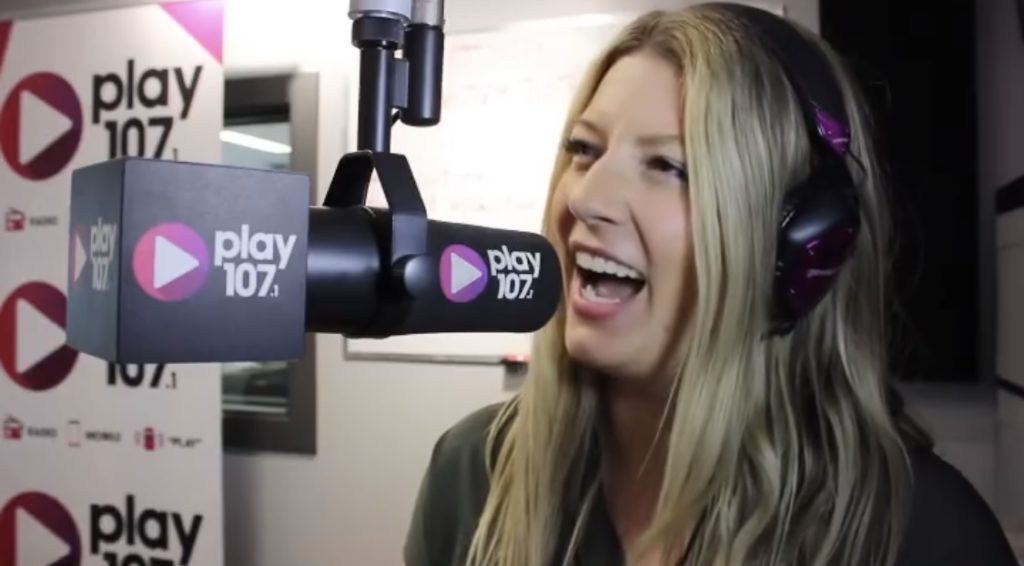 KYLA: Who are you?! What’s your day job, what are your passions, what’s something interesting about you?
LISA: My name is Lisa Evans, I do a morning radio show on Play 107.1 FM. My passions? Raising awareness for migraine sufferers, petting and loving all the dogs, a new found love for Harry Styles (seriously, watch his jawline as he’s eating a piece of toast in Dunkirk and then you’ll understand) and carbs.
KYLA: How did you get into hockey and sports in general?
LISA: Funny you ask, I got into hockey because it’s associated with drinking pints of beer and eating wings
KYLA: Can you tell us about your journey into radio and how you became a morning co-host on play107 with Ryder?
LISA: I had an unconventional path getting into radio. I was on working part time on the street team of a TV station at the time, and met a couple radio hosts at events here and there. They would mention that I would be good at radio, so it was definitely on my radar. I was bartending at Hudsons Bourbon at the time, so working late nights meant I was never up to listen to morning radio. One day my friend texted me randomly saying “You should be on Ryder in The Morning”. I had no idea what that meant, but after searching Ryder on twitter I saw he was already following me. At the time, I had a decent following on Twitter before it was all politics. I used the platform to write jokes, and my thoughts seemed to resonate with people. I tweeted @ Ryder saying “Am I your co-host yet?” and he DM’ed me instantly saying “I thought you were a comedian in LA, you live in Edmonton!? Come sit in on my show!”.
I ended up quitting my gig at the TV station and got hired on 107’s street team instead, so I could sit in on the morning show one day a week to just shoot the shit with Ryder. Ryder said he always wanted an organic host with a very natural delivery who could relate with the ladies. I ended up working twice a week for just an hour on the show each day, to then two full shows a week, then nine months later I was hired full time with salary pay! 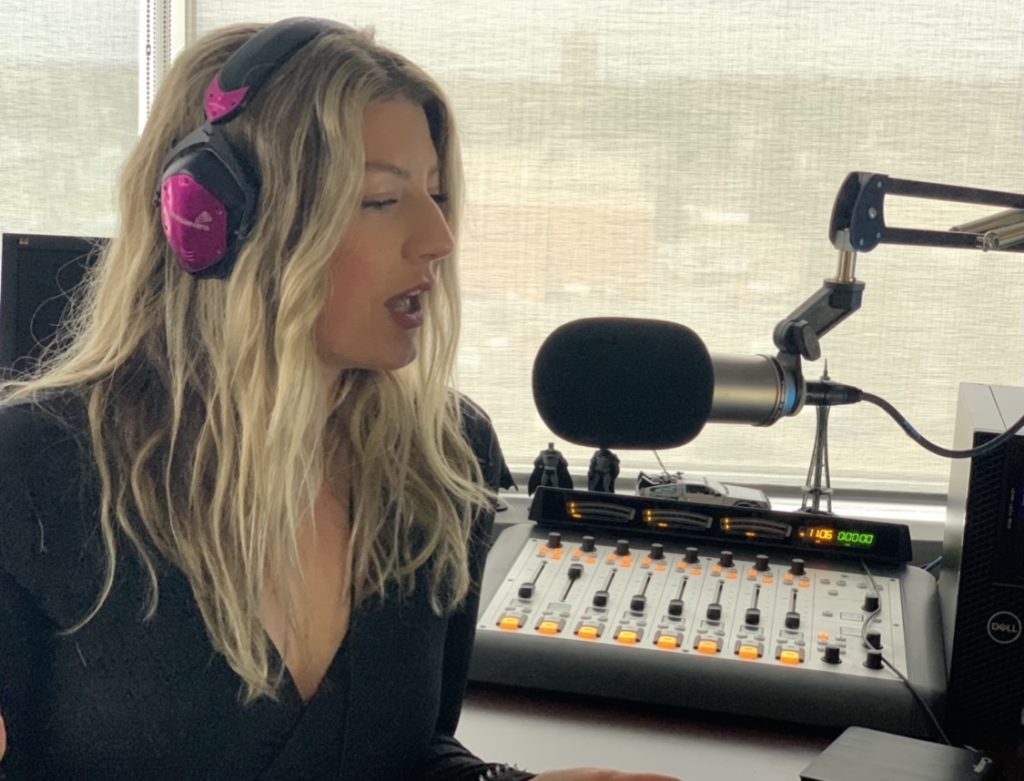 I have now been on the show for coming up on nine years. Crazy. Loving every minute of it. Our listeners are amazing, and seriously so hilarious. The show would be so boring if it was just Ryder and I talking. Our listeners contribute a lot of content to make it entertaining.
KYLA: You do so many amazing things in the Edmonton community through Play107—what’s been your favourite moment(s) to be a part of?
LISA: When the song Baby It’s Cold Outside was getting a lot of attention, I decided to play the song on repeat on our station until we got 107 winter jackets for the homeless. We ended up getting over 400 jackets!
Naming our station Rheanna 107 for a day after a young girl with terminal cancer. We brought her in to help co-host with us after hearing being on our show was on her bucket list. It was one of the best days of my career seeing her beautiful smile as she prank phone called a florist. At the tender young age of nine in 2016, Rheanna was diagnosed with four brain tumours, high-grade glioblastoma, and oligodendroglioma. We lost her on September 2, 2020. She was such an inspiration, so strong and fought so hard. I miss her.
Watching Ryder get his bellybutton pierced after raising money for the YWCA. He took it out eventually because it kept getting caught on his belt. Lol.
KYLA: Can you talk about what Lisa’s Ladies is and how it got started?
I wanted to create a safe space for women on Instagram where they could write anonymous questions to find help and support in any aspect of their lives. I also used the platform to create a book club, we meet up once a month (sometimes on Zoom, or outside over the past year) and a group of them who were new to the city have found a solid group of best girlfriends because of it. I am very proud of that! You can follow along at @lisasladiesyeg!
KYLA: What’s your favourite Oilers memory?
LISA: The 2017 Playoff run was the best, but also so dangerous for my liver. I would sleep an average two hours a night on game nights, and wake up to do the show the next day, exhausted, dehydrated but full of endorphins from how fun it was to watch the team play. As sad as I was that they lost to the Ducks, it may have also saved my life. 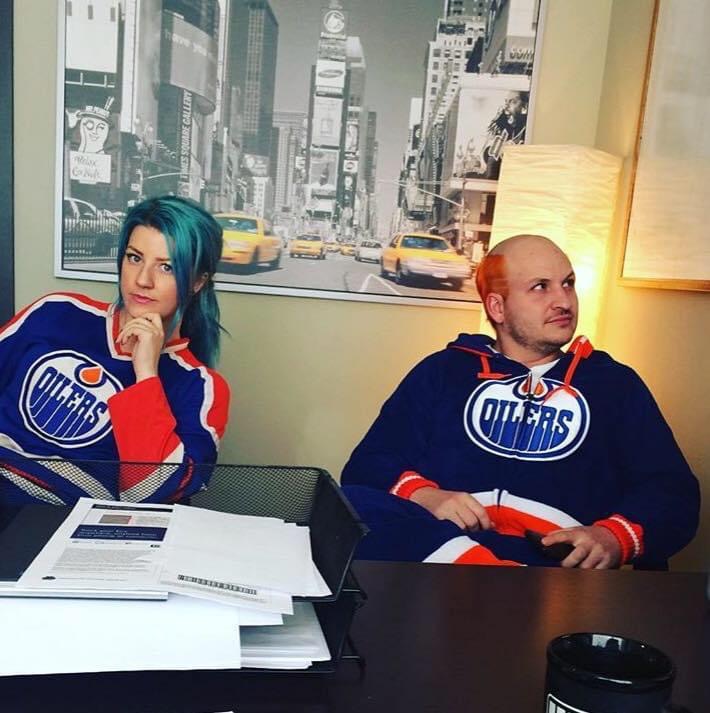 KYLA: What does hockey and being a part of the Oilersnation community mean to you?
LISA: First of all, I absolutely love everyone at Oilersnation. It’s so much fun being surrounded by supportive, funny people. Especially people who make fun of the Calgary Flames. I also respect how much they’ve helped me to grow to love this team. Am I even allowed back on one of the road trips though? Pretty sure I’m the reason the bus was late back to Edmonton after a snowboarding trip because I forgot my stuff at the hotel room, and everyone else was packed up and ready to leave straight from the hill. Also, when we went to Calgary I absolutely butchered a rendition of Jewel – You Were Meant For Me on the bus microphone. I definitely contributed to people’s hangover headache the next morning. Thanks for always throwing great shakers, see you at the next one!
CONNECT WITH LISA ON TWITTER & INSTAGRAM!