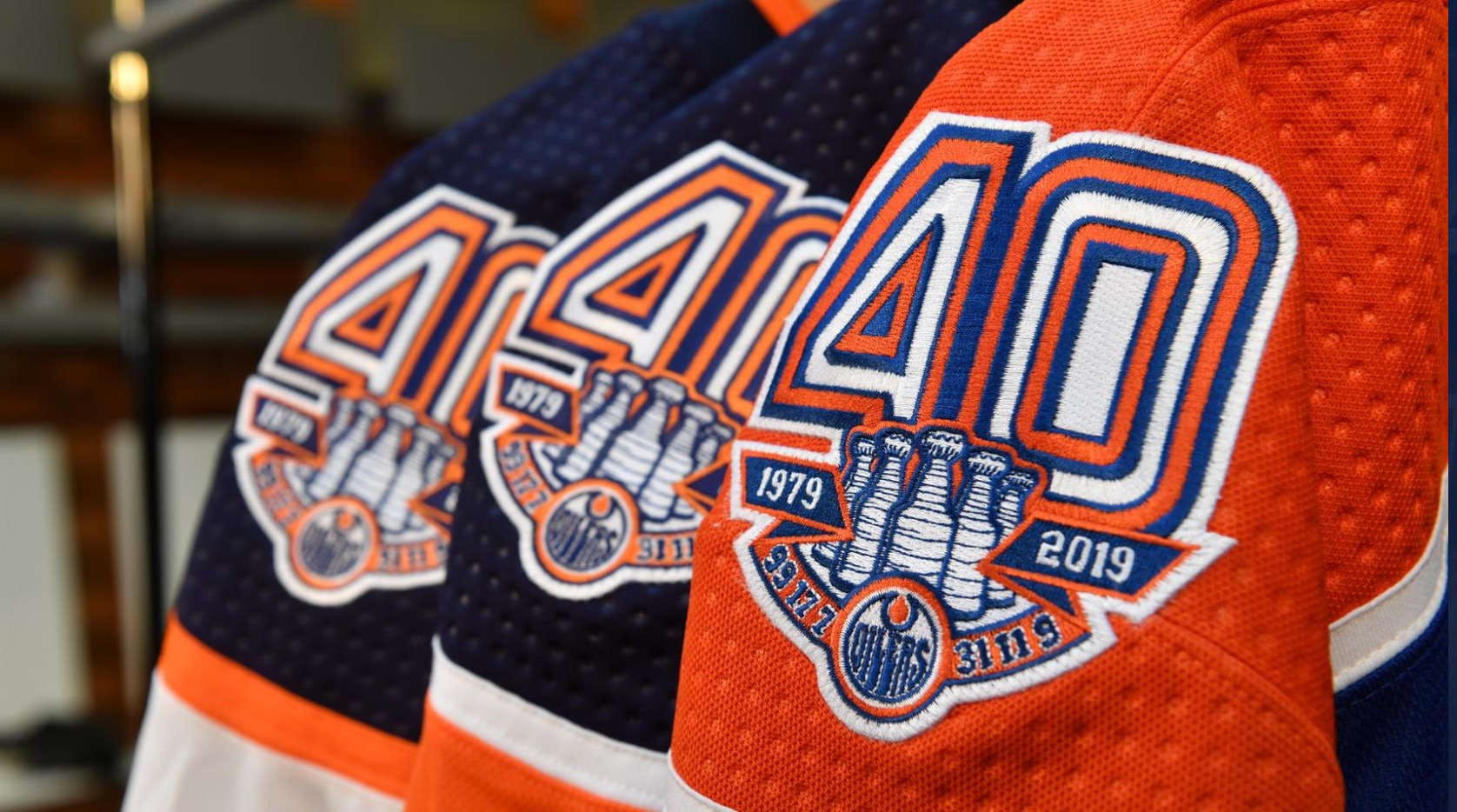 By baggedmilk
4 years ago
This morning on Twitter, the Oilers revealed their third jerseys for the upcoming season and, much to my personal delight, they decided to go back to the royal blue and orange colour scheme that we’ve known and loved for a long time.
According to the tweets, these 40th Anniversary Jerseys will only be worn four times this year with three of those games coming against Pacific Division rivals ((Nov 29th vs. Los Angeles, Dec 9th vs. Calgary and Mar 7th vs. Vancouver) and once against an old Smyth Division foe (Dec 31st vs. Winnipeg).

The #Oilers retro jersey will be worn November 29 vs. Los Angeles, December 9 vs. Calgary, December 31 vs. Winnipeg & March 7 vs. Vancouver. pic.twitter.com/OnGcy3KVOf

— Edmonton Oilers (@EdmontonOilers) September 4, 2018
Personally, I’m a huge fan of these jerseys and I actually wish that these were the unis that the team wore on a nightly basis, but I guess four times per week will have to do for the time being. Maybe it’s just my fondness for the early days of rebuild 2.0, but these are the jerseys I think about when I think of the Edmonton Oilers. There’s something about this combination of blue and orange that pulls on my heartstrings and fandom, and I was pretty excited to see that they would be bringing them back, albeit for only four games. That said, I’m just happy that I’ll be able to see Connor McDavid rocking these dreamy beauties again this season.
Advertisement
Ad
Advertisement
Ad

We're also excited to unveil the #Oilers retro jersey that will be worn four times this season vs. former Smythe Division opponents, plus the 40th anniversary jersey patch that will be worn on all jerseys during 2018-19! pic.twitter.com/cLgrQBxWY9

— Edmonton Oilers (@EdmontonOilers) September 4, 2018
What do you think about the new/old jerseys? Fans? Hate it? Wish the team had done something a little more creative? Let me know in the comments.
Source: Edmonton Oilers, Official Twitter Account, 9/4/2018 – 10:04 am MST