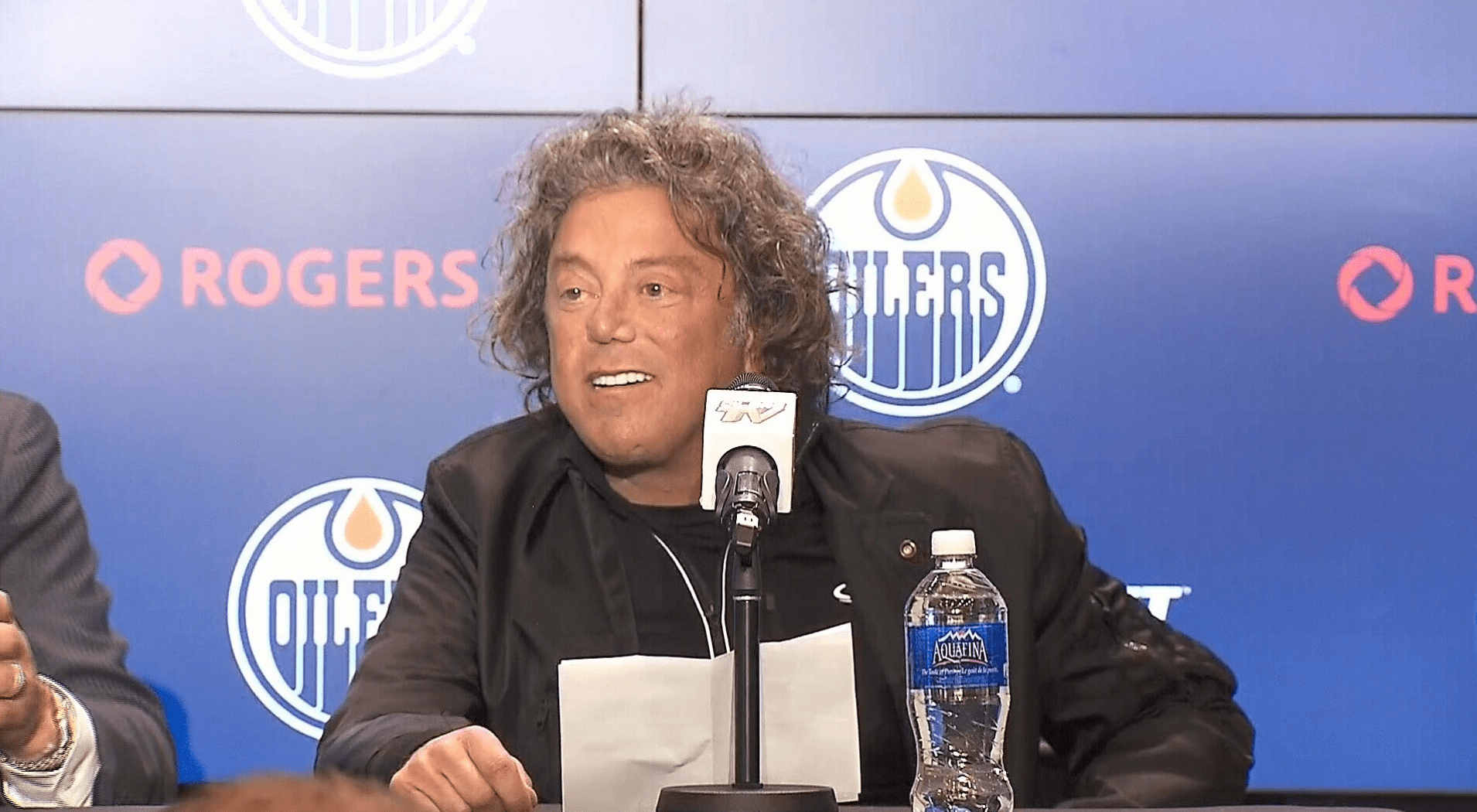 By Zach Laing
1 year ago
Comments
It’s not often that we see Darryl Katz come out and make public comments.
By my count, it’s the first time in about two years since Katz publically spoke in a press conference, and about half a year since he took an interview. But with playoffs on the horizon, Katz spoke with Postmedia’s Terry Jones where he talked about the Edmonton Oilers building something special.

“Am I excited? Yes.
“Do I think they’ll do well? Yes.
“Do I think this is the start of something special? Yes.”
“I’m not the only one,” said the owner of the team he believes has left the Decade of Darkness behind.
“I get texts. Bob Nicholson gets texts. Wayne Gretzky gets texts. This is not just something you are hearing from me. This is something that is shared around the world of sports.
“I think everyone has done an outstanding job and today we have great depth. There are still players coming. And how young are we?
“I’m very proud and very happy with the performance of the team this year. I think everybody in management and in coaching has done an outstanding job.
“I’m very proud of Connor McDavid. Make no mistake. This is Connor’s team. He’s the captain. I’m very proud of the leadership group.”
“We have to be one of the most exciting teams to watch in the National Hockey League.
“So, yes. I’m very excited. And I’m very proud of everybody.”

It’s now been 13 years since Darryl Katz stepped up to the plate and bought the Edmonton Oilers for a hefty $188-million. And uh… well… things haven’t been great. But credit where it’s due, Katz has stuck by the organization and at a constant is doing things to better the organization.
His Oilers Entertainment Group purchased the Edmonton Oil Kings and Bakersfield Condors, and he had a big part in the Ice District, too. Now, traces of all three are seen in the Oilers.
Advertisement
Ad
Advertisement
Ad
The Oil Kings in thanks to a botched trade for Griffin Reinhart that had its fallout affect the franchise, to the Bakersfield Condors who have graduated players like Kailer Yamamoto, Ethan Bear, Caleb Jones, Evan Bouchard, William Lagesson and now Ryan McLeod, to the Ice Distrcit, home of Rogers Place.
There’s one thing that’s clear: Katz is all in on the Oilers.
For him, he wants what he’s always wanted — his team to look like that of the 80’s Oilers.

“If you were around then, that team defined Edmonton. And that team, in my view, defined the sport of hockey at the time in global sports.
“Do I feel the same kind of potential and excitement relative to the team we have now? Yes I do.
“And to be frank, this is exactly why I bought the team in 2008. It wasn’t only to build the new arena and revitalize downtown Edmonton, but it was to bring the glory days back. That’s the most exciting thing.
“You can’t be a hockey fan and watch this team and not see and feel the enormous potential this group has.”

This past season captain Connor McDavid put up Gretzky-esque numbers. Can he and the team now go on a Gretzky-esque run through the playoffs? We’ll find out soon enough
Zach Laing is the Nation Network’s news director and senior columnist. He can be followed on Twitter at @zjlaing, or reached by email at [email protected]
Advertisement
Ad
Advertisement
Ad

When you have the two best players on the planet, the only option is to make a t-shirt that reflects their brilliance. Shine bright, boys. Pick up the Dynamic Duo tee here.
#MISSIONSTANLEY

Playoffs have you feeling thirsty? Our brand new Nation Pint Glasses are the perfect vessel for whatever wets your whistle. Grab your 16 oz. pint glass here.
#MISSION21 PACKAGE

Need to get decked out for the playoff run? We’ve got you covered with this flag and car decal package! Grab yours here while supplies last.