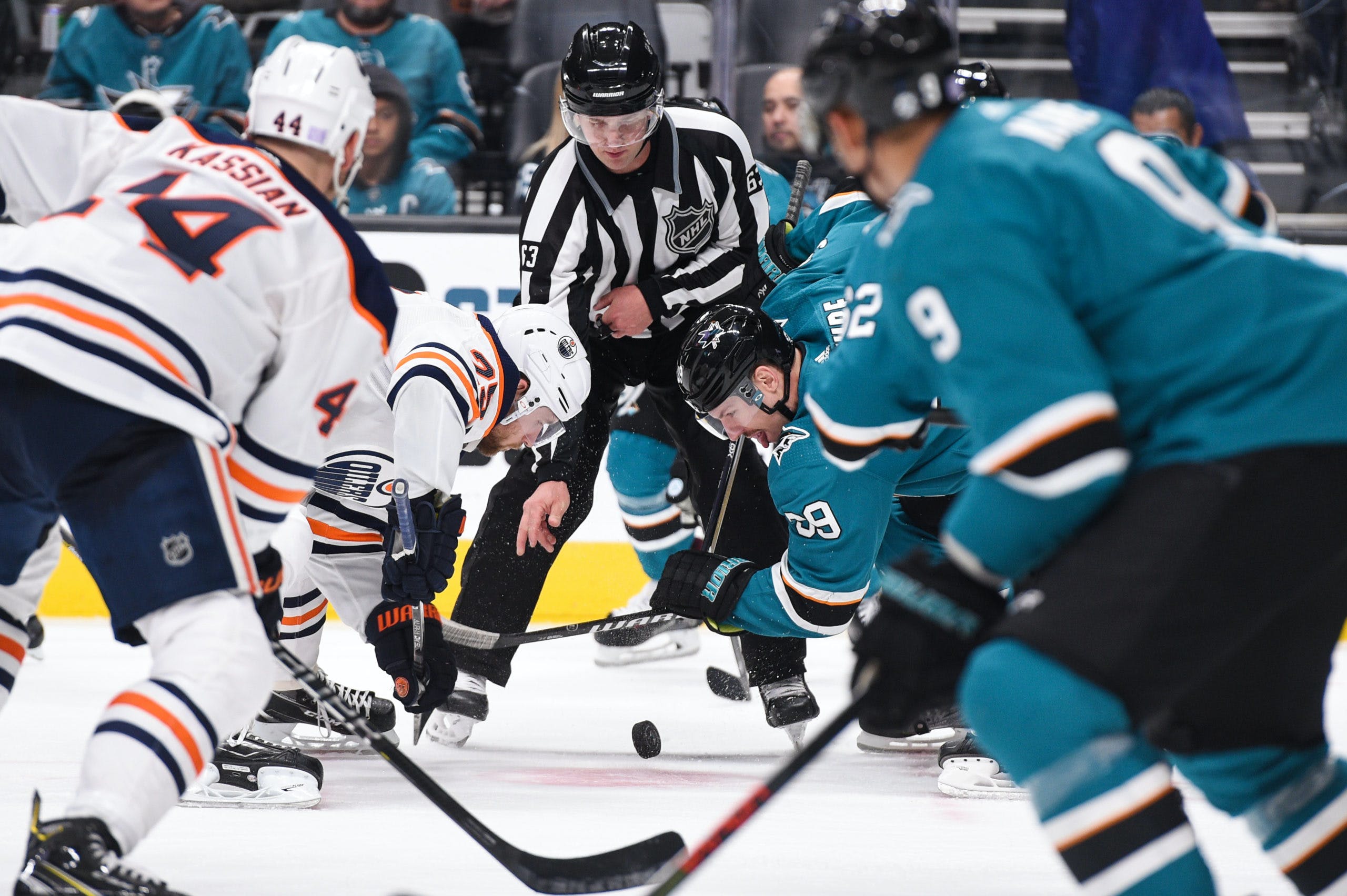 Photo credit: Cody Glenn-USA TODAY Sports
By Jason Gregor
9 months ago
Comments
Actions speak louder than words, and based on his first game behind the bench it is clear Jay Woodcroft will rely on his veterans to lead the team back into a playoff spot.
It is the right move. That doesn’t mean he won’t mix in young players, but Woodcroft and defence coach Dave Manson opted to protect their young players, based on ice time, in their opening game and I expect more of the same tonight.
With Duncan Keith out of the lineup, Manson relied mainly on @Cody Ceci, @Darnell Nurse (26 minutes each) and @Tyson Barrie (18 minutes). @Evan Bouchard skated 13 minutes, while William Lagesson, Philip Broberg and Markus Niemelainen each played 11 minutes as they split the second and third left defence spots. When Keith returns he will be in the second pair, but until then I wonder if Woodcroft and Manson stick with the seven defence rotation or opt to play six.
Advertisement
Ad
Advertisement
Ad
On Friday Nurse and Bouchard started the game together, but Nurse played 7:18 with Barrie, 6:01 with Bouchard and 5:00 with Ceci.
Ceci played a team-high 20:06 at 5×5 with multiple partners:
Lagesson 5:07
Nurse: 5:00
Niemelainen 4:40
Broberg 3:42
And he even played 1:22 with Barrie.
Ceci scoring a goal was a massive bonus, but it was clear Manson felt very comfortable using him and Nurse a lot. I expect that to continue until Keith returns.
However, with the Oilers playing five games in seven days this week, it will be interesting to see how Manson deploys his defenders. Nurse is used to playing huge minutes, but will Ceci log 24-26 every night?
Here is a quick look at how Manson deployed his defenders.
**On F= shifts started on the fly.
OZFO = Offensive zone face offs.
NZFO = Neutral zone face offs.
DZFO = Defensive zone face offs.
Advertisement
Ad
Advertisement
Ad
Niemelainen played 3:34 with Barrie and all five of his offensive zone starts came when skating with Barrie. There were only a total of 10 defensive zone face offs and Ceci was out for seven of them among the right defenders. The left side was split up more with Broberg getting four and Nurse, Lagesson and Niemelainen having two. Broberg had three with Ceci and one paired with Barrie.
Again, it is only one game, and there were long stretches without any whistles, so this week in games where there are more stoppages, I’ll be interested to see who Manson deploys for defensive zone starts. Ceci will likely see the bulk of them. The 10 defensive zone starts were split equally between Connor McDavid, Leon Draisaitl and Ryan Nugent-Hopkins each having three, while Ryan McLeod had one when he had Derek Ryan on his wing.
Advertisement
Ad
Advertisement
Ad
Manson and Woodcroft will increase the ice time of the rookies as they get more comfortable in the NHL, and more comfortable with the expectations of the coaching staff.

Hyman– McDavid – Puljujarvi
Kane – Draisaitl – Yamamoto
Foegele – RNH – Ryan
Benson – McLeod
Nurse – Bouchard
Lagesson – Ceci
Niemelainen – Barrie
Broberg
Skinner
@Stuart Skinner starts tonight while Mike Smith, I assume, will play tomorrow against a deeper Los Angeles team. Skinner is 5-6 in 11 starts this season with a .908Sv% and 3.15 GAA.
Woodcroft had a full practice on Saturday to implement more changes to how he wants the team to play. He implemented some small changes to the neutral zone play, according to Zack Hyman, and I’m curious what he will do different in the offensive zone. Will they still keep the play where one forward circles high, just inside the blue line in the middle of the ice, or will he want all three forwards closer to the net when Edmonton has possession? It should be the latter — when the Oilers tried the forward high in the middle of the ice it didn’t generate much. It will be interesting to see if the Oilers have more traffic in front of the net. They haven’t had many rebound goals.
Advertisement
Ad
Advertisement
Ad

Meier – Hertl  – Barabanov
Balcers – Couture – Dahlen
Cogliano – Bonino – Nieto
Gadjovich – Pederson – Gregor
Ferraro – Burns
Vlasic – Simek
Middleton – Meloche
Reimer
The Sharks are still without Erik Karlsson and that creates a big hole on the backend. San Jose’s blue line isn’t the fastest group, but they don’t give up many chances off the rush. The Sharks are eighth best in rush chances against and seventh overall in quality chances against. San Jose is 32nd in offensive zone possession time. They are 23rd in goals/game at 2.72 and 21st in goals against/game at 3.07.