Sunday was a pretty good day as far as Edmonton Oilers injury news went. It wasn’t a miraculous day—there was no Connor McDavid sighting—but for three other regulars the news was good.

“It’s not major. He may join us at some point (on the road trip).” Chiarelli with a quick update on @Klefbom93, who left Friday’s game

It is difficult to understate Klefbom’s importance to Edmonton’s blue line. He currently leads all Oilers defencemen in average time on ice, logging 21:53 per game. He adds size, speed, and confidence with the puck to a group that needs all three qualities. After a tough start to the year he’s also settled in nicely as a highly reliable defensive zone player.
So when news came that he had an injury following Friday’s win over the Rangers, it was a major blow.
Advertisement
Ad
Advertisement
Ad

Turns out it may be more than a game or two that Klefbom misses. Word is he has a fractured finger.

A return during this road trip would mean sometime in the next four games, which would be fantastic for the Oilers. The one quibble here is that “back in the lineup” and “100 percent healthy” are not the same thing, but even a banged-up Klefbom is likely to be useful. 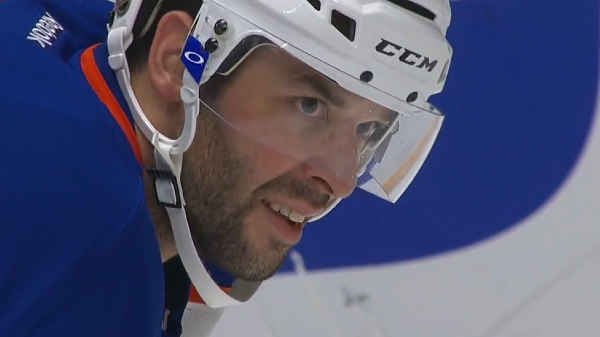 Pouliot and Klinkhammer not quite ready. My hunch is if Pouliot doesn’t play at MSG he’ll definitely be good to go for Chicago.

Benoit Pouliot isn’t as essential to Edmonton as Klefbom, but he’s still an important player. Jujhar Khaira has done a better-than-expected job of filling in on a scoring line but lacks the same offensive skillset that Pouliot brings. As I wrote for the Journal a few days back, since his arrival in Edmonton Pouliot has actually been a more effective even-strength scorer than either Ryan Nugent-Hopkins or Jordan Eberle. League-wide, his points/hour scoring numbers at five-on-five compare nicely to people like Brandon Saad and Johnny Gaudreau.
Advertisement
Ad
Advertisement
Ad
He may not be a big help on the power play, but at evens he’s a proven scorer and as the Oilers look for offence beyond the Taylor Hall line he can be useful. 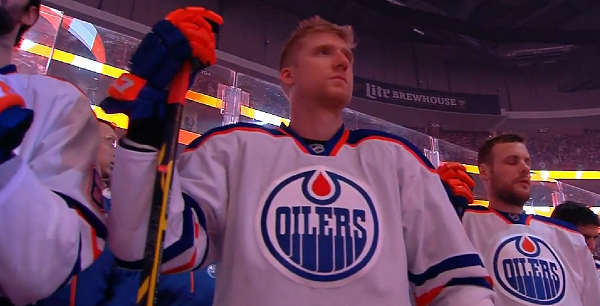 Rob Klinkhammer’s role on a healthy Oilers team is uncertain. He made the club after a strong training camp, and brings size, speed and versatility to the lineup. However, recent call-ups like Khaira and Iiro Pakarinen have some similar qualities and are certainly doing all they can to take advantage of various injuries.
At worst, though, Klinkhammer gives the Oilers some options. Khaira has played well but is still new to the NHL; it’s not uncommon for recent recalls to see their performance taper off after an initial burst of energy. Right now Pakarinen and Luke Gazdic are lineup staples, and Klinkhammer would give coach Todd McLellan the ability to rotate his depth wingers based on performance. And should Lauri Korpikoski’s sudden transformation into scoring machine not prove permanent, Klinkhammer would be an option for a third-line job, too.
Advertisement
Ad
Advertisement
Ad
One thing does seem certain: Barring further injuries, Edmonton’s coach is going to have to make some tough decisions in the next month as not just this trio but also McDavid and Nail Yakupov return from the sidelines.