Advertisement
Ad
Nation Thoughts: What did you think of Holland’s moves on deadline day? 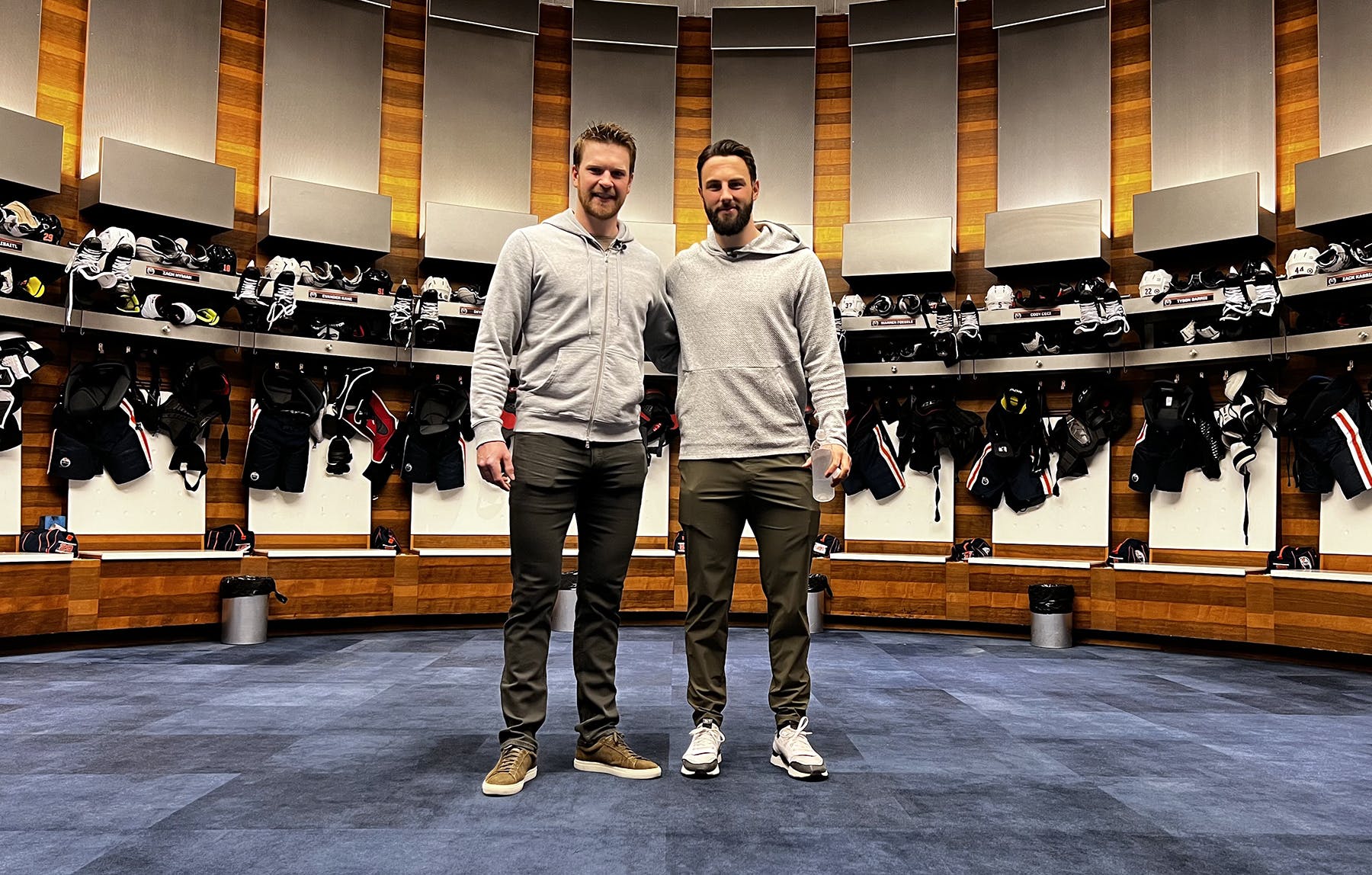 By Liam Horrobin
10 months ago
Comments
After Edmonton signed Evander Kane, they’ve had a quiet couple of months on the trade front. Until yesterday, Ken Holland brought in a couple of depth pieces to help this team progress.
The first of the day was Brett Kulak (28) from the Montreal Canadiens. Kulak (28) is a left-shot defenceman who’s played 316 games in the NHL after the Calgary Flames drafted him 105th overall in 2012. Calgary traded him to Montreal in 2018.
Holland traded away William Lagesson (24), a 2022 2nd round pick, and a 2024 7th round pick. The Canadiens also retained 50% of Kulak’s contract to bring his cap hit to $925k.
The market was set for a defensive defenceman, and it wasn’t cheap. If Travis Hamonic was going for a 3rd round pick, there was no way Montreal was accepting anything less for Kulak.
The other trade of the day had Derick Brassard (34) join the Oilers from the Philadelphia Flyers, with a 4th round pick in 2023 going the other way. Another depth pick up from Holland. Brassard’s got 936 NHL regular-season games and 117 in the postseason.
Advertisement
Ad
Advertisement
Ad
While his best offensive days are behind him, he can still chip in here and there. With the Flyers in 31 games this season, Brassard scored six goals and 16 points. He should be a good contributor in the bottom six.

As good as he could do given the situation.

Did well with the constraints he had. Obviously hindsight is 20/20 but he caused some of those constraints. I still wonder about the Barrie signing and how the multi years will affect us going forward.
Off season has lots of ??? I expect at least one trade that will shock fans.

It looks as though the community is satisfied with what happened. Mostly because Holland didn’t have much to play with. However, a couple of people questioned Holland overall.
“Wine Guy” brought up the Tyson Barrie contract and wonders how it will affect them going forward. It’s a question lingering around Oilers Nation since it has been signed. Perhaps it’s a question for Nation Thoughts down the road if Barrie continues to perform subpar.
“Oilcaholic” then brought up who’s made bigger mistakes Holland or Peter Chiarelli. Honestly, this is so disheartening because they’ve both made decisions that have negatively impacted this team. My vote still goes to Chiarelli, thought. The Taylor Hall for Adam Larsson trade is the top mistake. You can then go to Jordan Eberle for Ryan Strome, Strome for the Ryan Spooner, and Spooner for literally nothing. And ff course, the deal that still plagues the Oilers is Mikko Koskinen which Chiarelli got done days before he was fired. Still, a crazy decision that we need answers to.
Advertisement
Ad
Advertisement
Ad

Anything less than going all in every year is unacceptable!

This comment from Brendan is my favourite, though, and I 100% agree.
The moves Ken Holland made were good.
Kulak and Brassard will help this team down the stretch and hopefully in the postseason.
Kulak slides into the Oilers’ top four nicely, which helps disrupt the minutes better. Maybe even take a few off Duncan Keith. That should also help Keith be more productive. It gives Edmonton a more experienced blueline. Kris Russell now becomes the seventh defenceman, and he has over 900 games played in the NHL. That’s much better than bringing Philip Broberg, Markus Niemelaninen and even William Lagesson into a playoff game.
The Brassard deal reminds me of the David Desharnais trade in the 2018-19 season. Brassard seems like the kind of player that’ll contribute at a critical time.
Advertisement
Ad
Advertisement
Ad
Brassard is starting his Oilers career on the left wing on a line with Ryan Nugent-Hopkins and Jesse Puuljarvi.
Right here is where Brendan’s comment comes in.
While I like the move, I question why the Oilers haven’t gone all-in yet. We are in year three of Holland’s tenure, and we hear the same comments each year.
“I won’t mortgage the future.”
“We aren’t there yet.”
If it’s not now when the Oilers are having a good season, then when is it?
The Chiarelli excuses are now out of the window. This is Holland’s team.
Every year Tampa Bay finds a way with no cap space. Colorado continuously takes advantage of having Nathan MacKinnon on a team-friendly deal. Even Calgary pushed all their chips in this year.
It’s discouraging to see this happen again.
Advertisement
Ad
Advertisement
Ad
The goaltending market wasn’t ideal this year, and there were still options out there. Scott Wedgewood is the biggest example of that.
Wedgewood was having a career year with the Arizona Coyotes, arguably the worst team in the NHL. His 0.911 save percentage in 26 games with them was better than Mikko Koskinen and Mike Smith.
He was traded for a conditional 4th round pick in 2024. The Oilers gave a 2023 pick away for Brassard, adding more forward depth instead.
Goaltending is a massive issue that likely will harm us in the playoffs. It should’ve been addressed over the summer and even the summer before. It wasn’t, and now we are in a situation where we know what our outcome will be.
Spoiler alert, it isn’t a Stanley Cup parade.
Advertisement
Ad
Advertisement
Ad
Overall, I think Holland believes in this group which could be his biggest kryptonite. Goaltending has improved under Jay Woodcroft. The numbers back it up. However, we saw the benefits of having an elite goaltender last in the playoffs against Winnipeg. Goaltending makes the biggest difference in the postseason.
Kulak and Brassard are good pickups, and I credit Holland for that. However, we sit here and question how far the Oilers can go in the playoffs and if they’ll even make it.
All of this is happening in year seven of @Connor McDavid.