Advertisement
Ad
Nations Thoughts: Which trade did you hate the most? 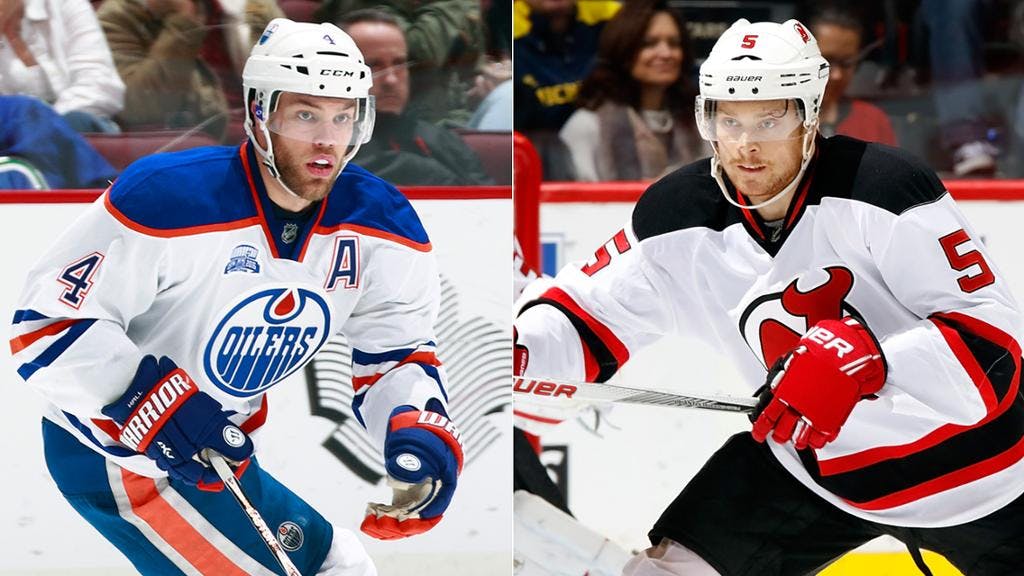 By Liam Horrobin
5 months ago
Comments
The anniversary of the Taylor Hall and Adam Larsson trade past last week, which triggered this week’s Nation Thoughts question.
The initial reaction to the trade was shock, which quickly turned into anger. The fact Peter Chiarelli couldn’t get anything else in return for a player that would become a Hart Trophy winner was baffling. Larsson became a good Oiler, which helps dampen then blow.
It turns out that wasn’t even Chiarelli’s worst trade. No wonder the team only make it to the playoffs once under his management.
You brought many of those deals up in response to this week’s question. On that note, let’s see what deals you all hated the most.

The Wayne Gretzky Trade, I’ve never been a fan since

Has to be the mother of all bad trades… the Gretzky trade. Started the dismantling of the Oilers dynasty. How many more cups would they have won.

Gretzky. How is this a question?

It is safe to say the Wayne Gretzky deal wasn’t received well by fans. Of course, trading that best player to play the game is at the top of the list. However, many Oilers fans, including myself, weren’t born in 1988, so it doesn’t have a last effect on those fans like it may on others. The question was, which trade do you hate the most, not what was the worst trade.
Advertisement
Ad
Advertisement
Ad

1st and 2nd for Griffin set them back more than Hall

Reinhart from NYI tops the list…Eberle to NYI, Hall to NJD, Strome to NYR, Smyth to NYI…If any NY based team calls we need to just hang up the phone…

The Griffin Reinhart trade is a massive what-if. Not “What if Reinhart turned out to be good,” but “What if the Oilers draft Mathew Barzal. The rumour is that even if they had the pick, they wouldn’t have taken him and would’ve selected Joel Eriksson Ek. He’s turned out to be a great player for the Minnesota Wild and scored a career-high 26 goals last season. However, what if the Oilers had drafted Kyle Connor, Thomas Chabot, or Brock Boeser? All players that went after the Oilers pick at 16. What a disaster the Chiarelli era was.
Advertisement
Ad
Advertisement
Ad

Too many to name in a short span

Doug Weight to St Louis for Marty Reasoner & Hecht. Couldn’t afford him but was still a gut punch.

Strome for Spooner was a classic Chia move.

I agree with all the comments that weren’t sent my way. Truthfully, there wasn’t any wrong answer, but unfortunately, there are a lot of trades to pick from.
For me, the worst has to be Drake Caggiula for Brandon Manning. That trade was my tipping point.
Advertisement
Ad
Advertisement
Ad
Plenty of bigger trades had been made, with Hall, Jordan Eberle, and Cam Talbot all gone. However, acquiring Manning, a player that had broken your best player’s collarbone two years earlier and admitted his intent to injure Connor McDavid, made no sense.
It just showed how desperate Chiarelli had become and his lack of awareness of what was happening within his own team. On top of that, Manning’s contract was horrendous, and he was barely good enough to be in the NHL.
On the other side, Cagguila was on pace for a career year with 11 points in 29 games up until he got traded. I believe that if he had stayed with the organization his career would’ve taken a different direction.
If any more trades come to mind after reading this, let me know in the comments or tweet me on the original post.
Advertisement
Ad
Advertisement
Ad
I’ll have another Nation Thoughts question out next week.