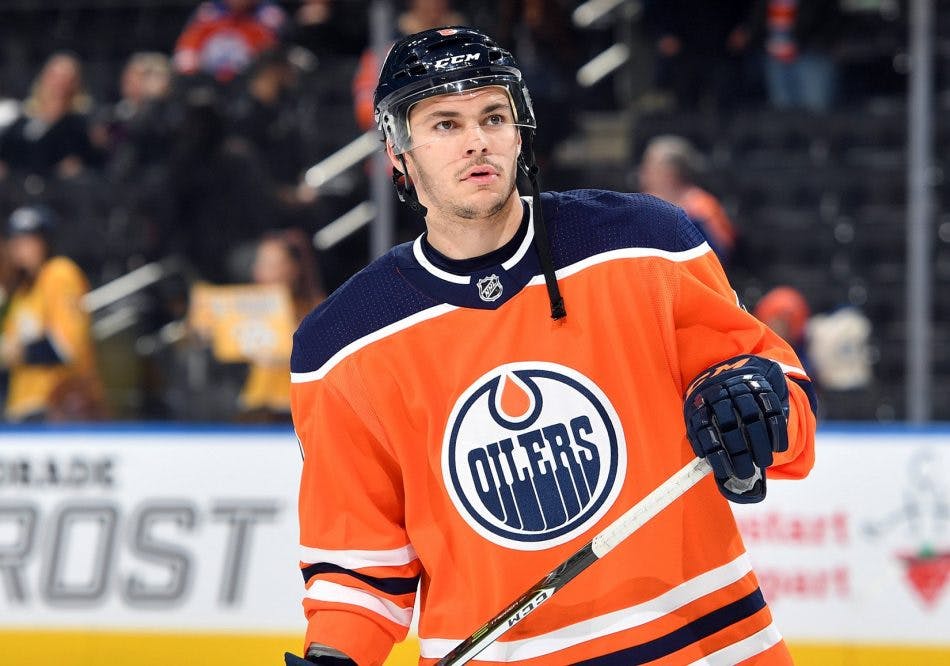 Photo credit: Twitter.com/EdmontonOilers
By Chris the intern
4 years ago
Comments
Ty Rattie, preseason extraordinaire, currently has seven goals and three assists in three preseason games. Can you believe it? Have we found our Chris Kunitz? Since being added to the McNuge line at the end of last season, Ty “the answer” Rattie has been nothing but excellent. With seven goals in three games, I thought we should take some time to look back at all of them to see of what’s to come this upcoming season.

Ty Rattie with ANOTHER goal and he continues his case for the preseason Hart trophy! 2-0 Oilers. -CTI pic.twitter.com/2foJhjEayV

Rattie completes his 🖐-point night with this blast! pic.twitter.com/6BHXhZvNm0

How can you not be shocked by what Ty Rattie has done this preseason? It’s incredible. It is getting me way to amped for the regular season to begin and I’m getting very impatient right now. It is important to note that Ty is doing this against incomplete rosters on the other side of the ice, but it’s still amazing. It’s unlikely that Ty “The Answer” Rattie will continue this hot streak deep into the regular season, but confidence he is earning along the way is well worth it.
Advertisement
Ad
Advertisement
Ad