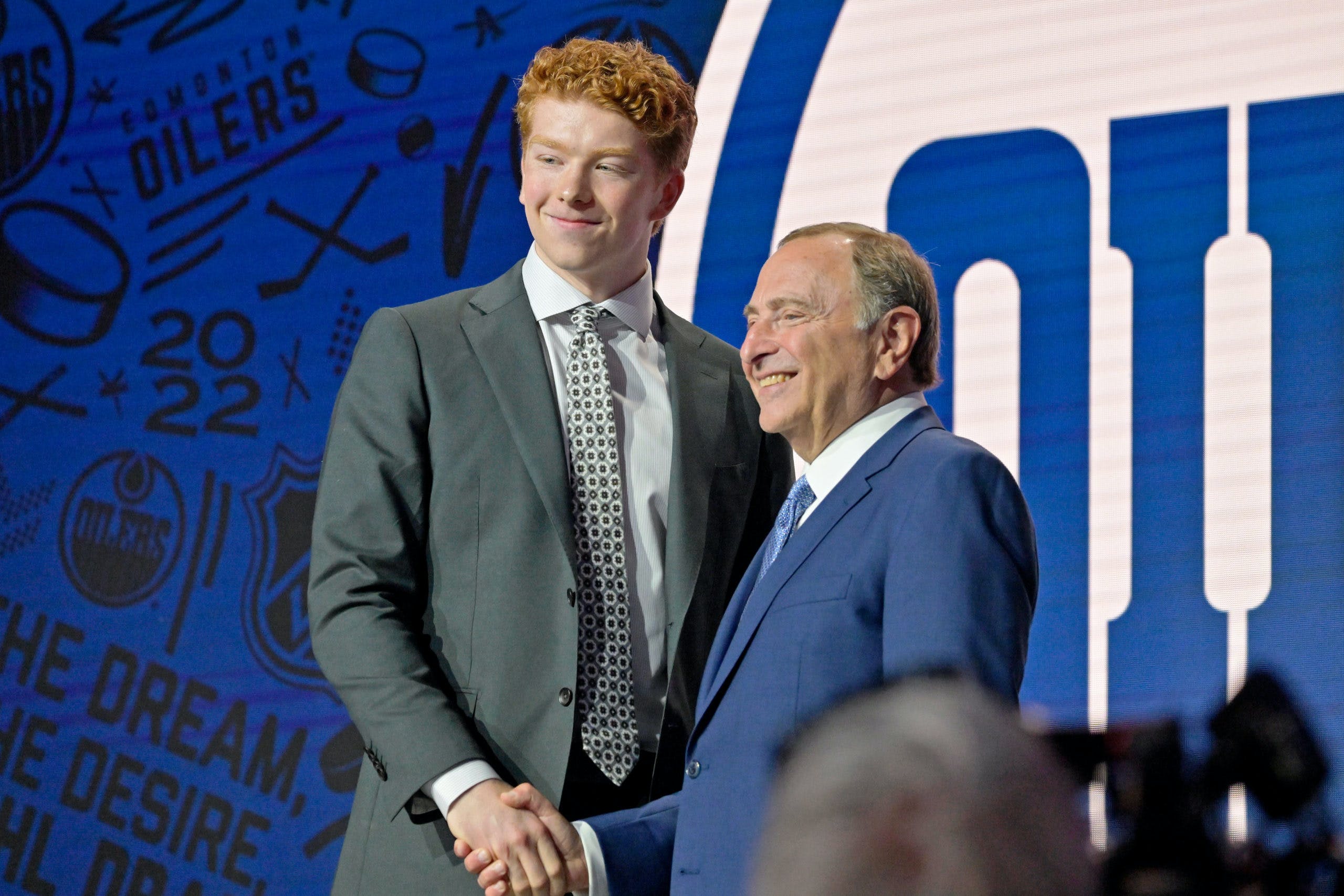 Photo credit: Eric Bolte-USA TODAY Sports
By Zach Laing
6 months ago
Comments
The ink is dry and Reid Schaefer is an Edmonton Oiler.
He inked his entry-level deal with the club over the weekend and it was the best possible move for the team to make. While they had some contract spots to fill up, it also allows the Oilers to slide his ELC.

Does not include "A" Performance bonuses.

With a birthday after Sept 15, by #LetsGoOilers signing Schaefer during 2022, his contract is now eligible to slide for 2 seasons (his 1st season could potentially be 24-25).

As noted by PuckPedia, Schaefer’s birthday falls on Sept. 15 meaning his entry-level deal could slide up two years. That means the first year of his entry-level deal could come in the 2024-25 campaign.
Had he signed in 2023, his contract would’ve been ineligible to slide.
Schaefer’s deal is otherwise fairly standard for a draftee. It comes with a $855,000 base salary, a minor league salary of $82,500, and a signing bonus of $95,000.
The ability for this deal to slide could be big for the Oilers. Schaefer is still a rather raw player and just had his breakout year this past season scoring 32 goals and 58 points in 66 games. He’s a player who likely doesn’t project to see NHL minutes until 2024-25, anyways, so the fact his ELC can slide that long is huge for the team in the bigger picture.
Advertisement
Ad
Advertisement
Ad
Zach Laing is the Nation Network’s news director and senior columnist. He can be followed on Twitter at @zjlaing, or reached by email at [email protected]