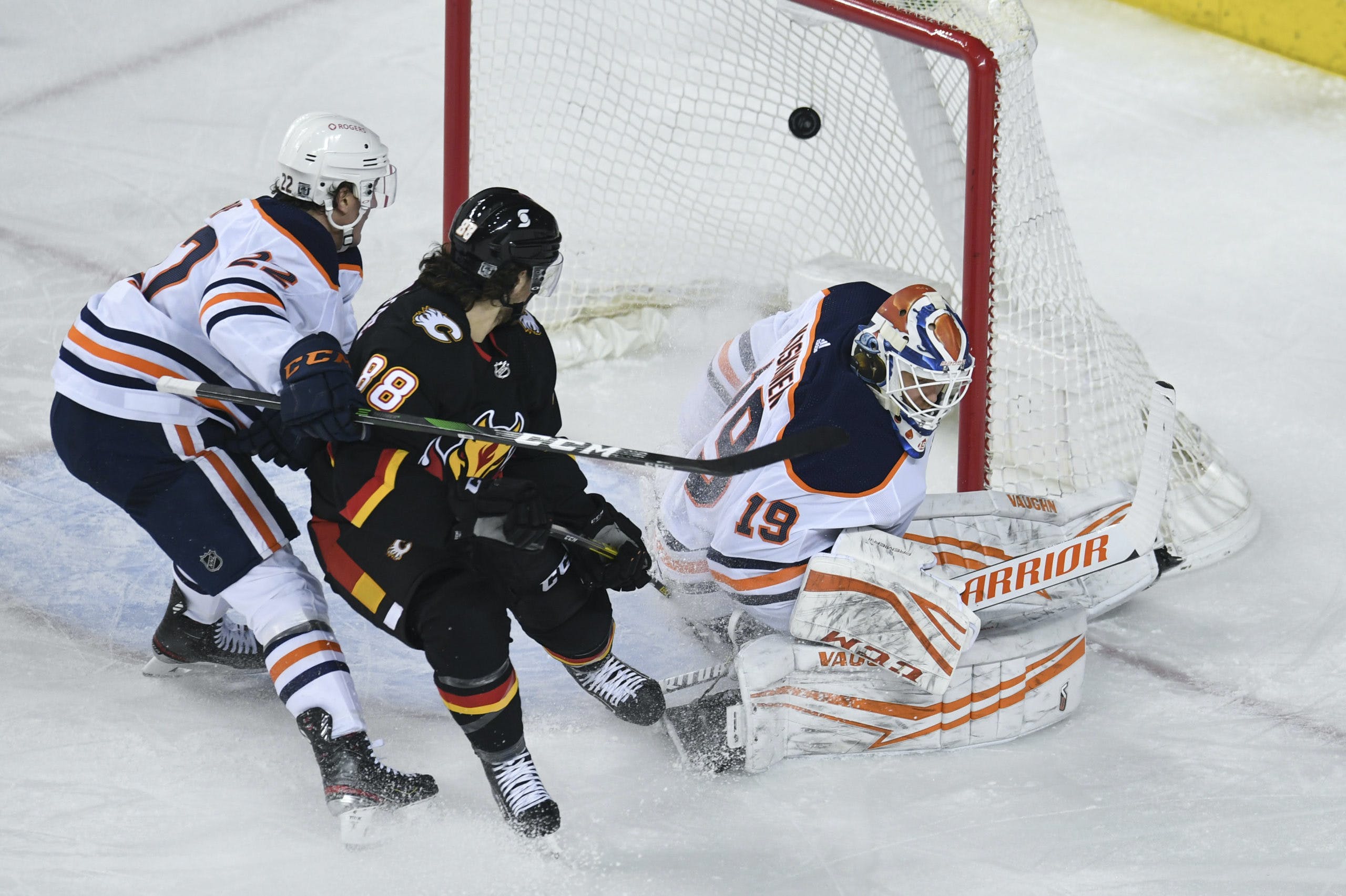 A player agent will never tweet something about a player’s situation without the player’s permission. William Lagesson’s agent Allan Walsh tweeted this last night.

Oilers defenseman William Lagesson had his best game in the NHL Friday night. What happens? Dave Tippett never told him he’s out tonight, didn’t tell him to skate with the scratches, he finds out just before the game. It’s the kind of disrespect from a coach that destroys teams.

Let’s unpack this tweet.
Yes, Lagesson had solid possession numbers for that game.
Yes, Dave Tippett didn’t speak to Lagesson prior to the game. But Jim Playfair, the defence coach, did. Playfair spoke to Lagesson once he got to the rink.
@Darnell Nurse wasn’t cleared to play until after the extras had skated in the morning, so that’s why Lagesson didn’t skate with them.
Advertisement
Ad
Advertisement
Ad
Jason Strudwick, who was healthy scratched over 100 times in his 13-year career, told me that it usually was the defence coach who told him he wasn’t playing. The head coach did a few times, but that wasn’t normal. He even said a few times he heard it from someone other than the coaches.

I, unfortunately, probably own the nhl record for most time healthy scratched. The news has been delivered to me in many different ways including a couple by a trainer. Even that didnt destroy the team.

Tippett has long been well respected by his players, because he, according to them, is upfront about how he wants them to play. I don’t think Playfair informing Lagesson he wasn’t playing is a major sign of disrespect and I don’t see it destroying the team.
Walsh has never been afraid to speak publicly on behalf of his players. It is why many like him as their agent. Lagesson gave his agent the green light to tweet this. Lagesson is frustrated. He felt he played well on Friday and deserved to play. I can respect his competitive side. His challenge is he is currently ninth or 10th on the organization’s defensive depth chart. Nurse, Evan Bouchard, Duncan Keith, Kris Russell, Slater Koekkoek, Philip Broberg and Markus Niemelainen might all be ahead of him on the left side. It is clear Lagesson wants to be moved, otherwise this wouldn’t have become public.
Advertisement
Ad
Advertisement
Ad
The issue is he was on waivers earlier this year and no team claimed him. Once Keith and Koekkoek are healthy, Lagesson will go back on waivers. His agent wanted the league to take notice of his client’s stats. I get it. I’m just not sure it will work.

Thank you to everyone who donated for the Pyramid of Giving on Friday. We raised over $18,000. Amazing. Thanks to GS Construction for their $7100 donation.
DAY FIVE: Five Course Meal at Chop Steakhouse