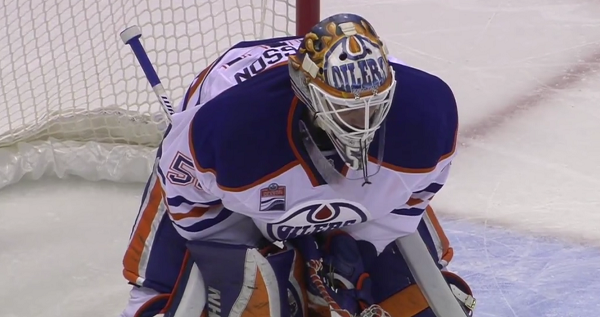 By Jonathan Willis
5 years ago
Comments
After Thursday’s loss to the Philadelphia Flyers, Jonas
Gustavsson now has a 0.893 save percentage over his six-game career with the
Edmonton Oilers.
In most cases, this would be the time to remind people that
it’s only been six games and four starts, and that there’s no sense getting
worked up about an established NHL goalie after such a short time period. In
this case, though, it’s a good time to remind people that this is Gustavsson’s
established level of performance.
Or rather, that we’re within a single goal of Gustavsson’s
career averages this season.
In 172 NHL games prior to his arrival in Edmonton,
Gustavsson made 4,129 saves on 4,578 shots. That’s a career save percentage of
0.902.
If he’d made one extra save last night—and given the number
of bad goals he surrendered, it’s easy to imagine that—he would have stopped
110 of 122 shots faced this season. That would work out to a save percentage of
0.902.
Advertisement
Ad
Advertisement
Ad
In other words, what you see is what you get. Gustavsson has
been a poor goaltending option for the Oilers this season, and that lines up
entirely with his work over the bulk of his career. It’s always difficult to
predict what a goaltender will do next, but in this case there’s no logical
reason to think the future is going to look any better than the past did.
Given that, general manager Peter Chiarelli’s decision to
sign Gustavsson on July 1 remains confusing. The best defence of that decision I saw over the summer was that the GM had faith in organizational depth; that Gustavsson was
a placeholder who would quickly be pushed aside by prospect Laurent Brossoit,
who was coming off a 0.920 save percentage run as Edmonton’s AHL starter. 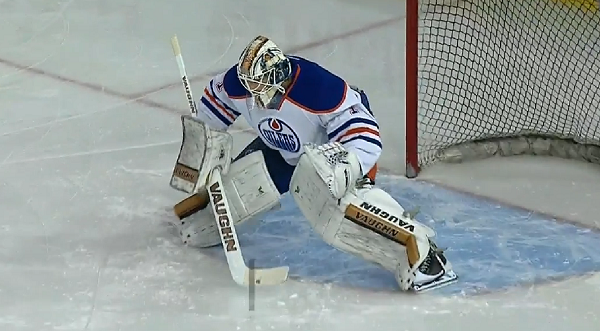 Bakersfield is certainly an option as the Oilers weigh what
to do next. Brossoit, still in the No. 1 role, has an impressive 0.925 save percentage over
a dozen games. If that continues, this will be his third season as a strong minor-league goalie. College free agent signing Nick Ellis is also playing well, with
a 0.930 number over seven games, so finding more minutes for him could be a secondary benefit of a Brossoit recall.
Advertisement
Ad
Advertisement
Ad
The risk in bringing Brossoit up at this time is two-fold.
If he plays well, it increases the chance that Las Vegas becomes interested in
him at this summer’s expansion draft. If he plays poorly, Edmonton is right
back where it started—forced to pin all its hopes on Cam Talbot because the
backup isn’t capable of delivering NHL-quality goaltending.
Calling up Brossoit is probably the smart play, anyway. If he plays badly, then Edmonton knows what it has and can take appropriate steps.
As for the risk of expansion, that’s frankly not worth worrying about at this point. Vegas can only take one player anyway, and if they snag Brossoit it means that the Oilers won’t lose Brandon Davidson or somebody else.
More importantly, it’s December and the Oilers
are in the thick of the playoff race. Come April they may well need every single point they can muster. The longer they wait, the more likely it is
that some poor Gustavsson start becomes the difference between the postseason and the golf course.
Advertisement
Ad
Advertisement
Ad