Advertisement
Ad
The Wheels of Justice? 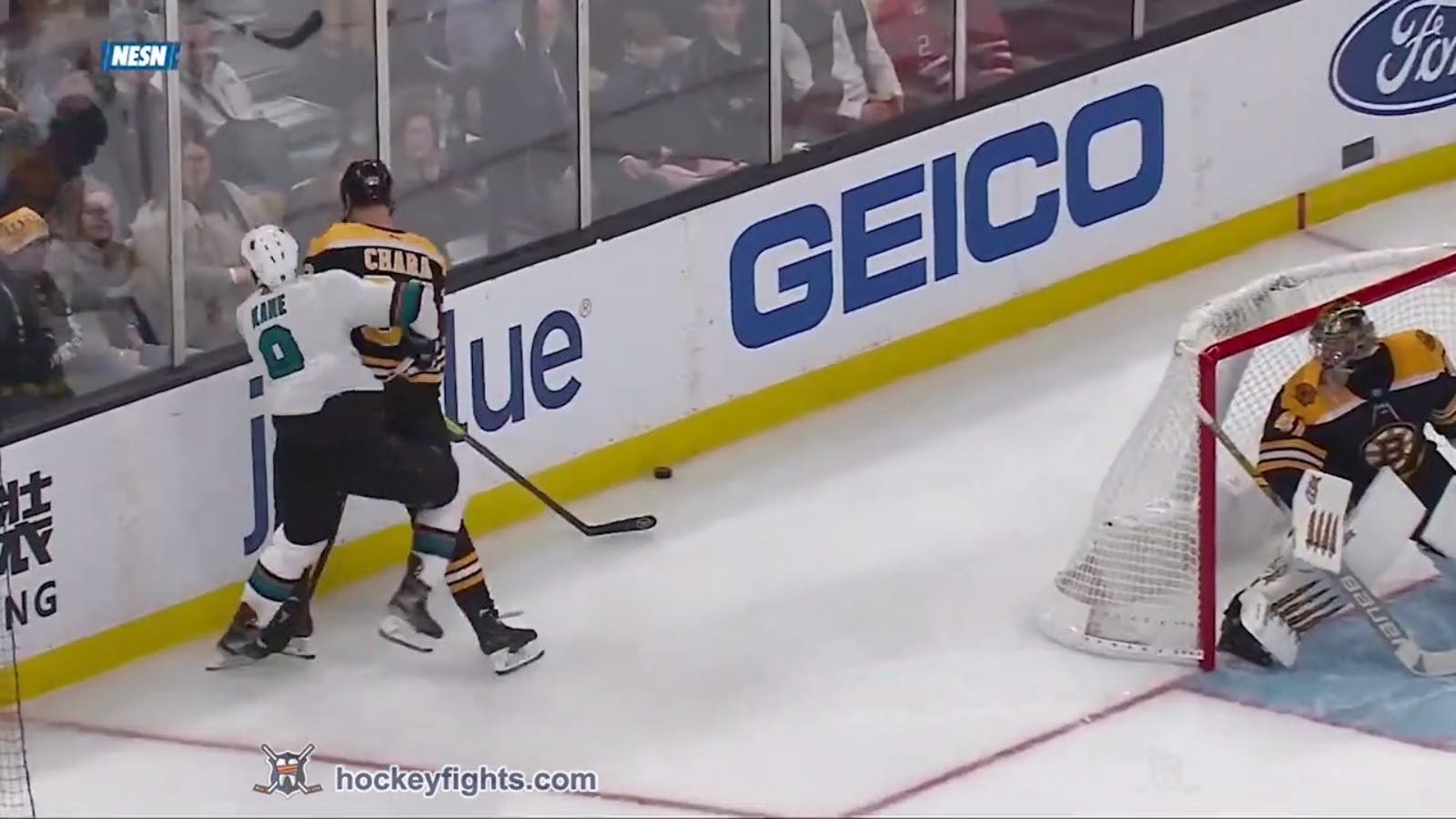 By Nation Dan
3 years ago
Comments
It’s been five long days since the NHL Department of Player Safety handed down a two-game suspension for Connor McDavid’s hit on New York Islanders defenceman Nick Leddy. If you have been on a deserted island and haven’t seen the news/the hit, welcome back and have a look here for the announcement.
Since the moment when the DoPS seemingly put the league on notice that it doesn’t matter what the name on the back of the jersey is and that hits to the head will not be tolerated, a lot has happened. Your buddy Dan is here to let you see how the league has responded to this warning and how the DoPS has done in the war against headshots.

The first game without McDavid and the Oilers are holding onto a lead late against the woeful Ducks. Corey Perry’s elbow connects with the skull of a vulnerable Darnell Nurse:
Advertisement
Ad
Advertisement
Ad

Things that make you go….

Darnell was upset about it at the time, and the media began speculating how many games Perry would get. During the broadcast, former Ducks GM Brian Burke did come to the Director of Player Safety, George Parros’s defence and reiterated that George is a guy who will not worry about the name on the pack of the jersey when it comes to illegal hits. So, when presented with a former teammate and beard shaver in Corey, surely he would drop the hammer…

For those asking, the NHL isn’t planning any supplemental discipline for Ducks’ Corey Perry for his hit on Oilers’ Darnell Nurse.

The same night as the hit to Nurse’s head, over at the Philadelphia Eagles stadium they were playing outdoors when Simmonds hit Brian Dumoulin:
Advertisement
Ad
Advertisement
Ad

Does the DoPS get involved here? pic.twitter.com/EVVWaIGspO

Dumoulin would have to leave the game with a concussion and Simmonds would continue to play. Pretty quickly after the game, a decision would be handed down sighting the point of contact was not the head…

Brian Dumoulin has a concussion, and Wayne Simmonds won’t have a hearing for the hit he delivered. Find out why: https://t.co/2rnhdqdkAo

Just last night, the Sharks are getting beat by the Bruins and Evander Kane and Zdeno Chara have been all over each other when the man they call Big Z delivers this hit:

Hard to imagine that since McDavid has been suspended there have been three pretty blatant hits to the head.

Two of three have gone unpunished by the league. One victim is concussed.

Now this one where the player has to take an instigator because the refs didn’t call the hit. pic.twitter.com/lGaY4qQI7g

Advertisement
Ad
Advertisement
Ad
Kane gets up, mad that there was no call coming for the hit to the head and then takes matters into his own hands. For his troubles, he takes an instigator and a fight ensues. Pretty quickly the conversation of rule 48 came up but the NHL excused this one as being unavoidable…

League did not see Chara hit on Kane last night as Rule 48…They believe head is not the main point of contact. I also think the head contact that does occur is unavoidable due to the posture Kane assumes by lunging for the puck.

The way I see it

Connor McDavid made a mistake and was punished for it, that’s not the issue in my opinion. The issue is consistency and the league’s DoPS just doesn’t seem to have it.
Advertisement
Ad
Advertisement
Ad
The NHL has put in things like the instigator rule to eliminate the players taking their own issues into their own hands. They did that with the understanding that the department of player safety was going to be able to handle the doling out of punishment to the players that would suit the “crime”. This week has not exactly been a trust-inducing one for people watching the wheels of justice turn.