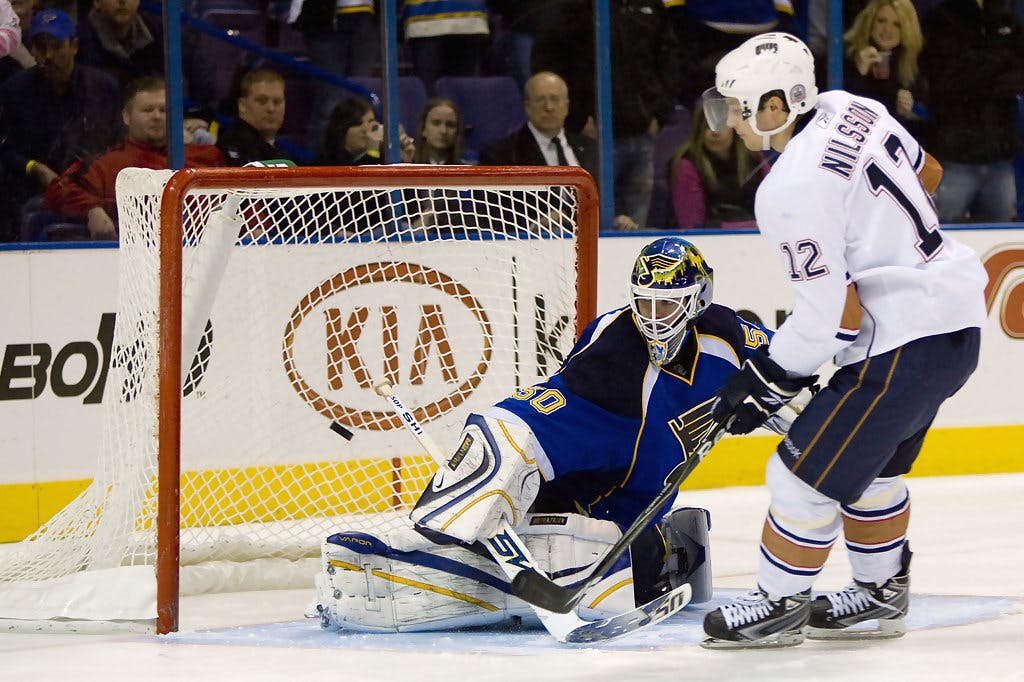 Photo credit: (Dilip Vishwanat/Getty Images)
By Zach Laing
1 year ago
Comments
As I sit here right now, it’s currently 2:30 in the morning Wednesday. Sometimes your best weirdest article ideas come to you late at night.
Is it the lack of sleep talking or did the Edmonton Oilers blow it with Robert Nilsson? Yes, that Robert Nilsson — the one who came to Edmonton in the Ryan Smyth trade that subsequently launched this very website. (Don’t worry, I finished this post last night and I think it makes sense).
This first came to me when I saw a post on Twitter from WoodGuy pop up on my timeline the other day highlighting how poor the Oilers’ goal for percentage is with its top player off the ice in comparison to the average split for playoff teams.

It’s a troubling trend and no matter how you look at it, it’s an issue the Oilers have failed to comprehend. Nearly all the players listed above had gone on to find success elsewhere. Eberle and Strome speak for themselves. Caggiula has bounced around but is still an NHL’er. Schultz has signed significant contracts. Petry has become a stud for the Habs. Perron continues to put up points. Gilbert bounced around a bit, while Cogliano has become one of the league’s most notorious iron-men. O’Sullivan? Well, he found himself without an NHL job not long after leaving Edmonton.
Advertisement
Ad
Advertisement
Ad
Sure, there are other elements that implicated every single one of the aforementioned deals, but the truth is the Oilers depreciated the value of their assets time and time again selling for pennies on the dollar and other teams have made the Oilers look a fool.
When will it stop? Not until the Oilers realize that analytics matter. PDO matters.
Gone are the days of being able to solely use the eye test model and recommendations from your scouts or friends or others in the league. Teams like Edmonton, who struggle to utilize analytics in a valuable way, are being left in the dust as other teams progress forward.
And for those who say analytics have no place in the game, you must realize that analytics in one form or another have been used for decades across all sports. In the last decade or two, especially in hockey, they’re being used more and more and are being utilized in larger amounts year-over-year. Even the NHL is getting deeper into tracking statistics of their own for teams to use that will show information we don’t even know exists. (I can’t wait until we can get access to some of the player tracking data the league has been working on.)
Advertisement
Ad
Advertisement
Ad
If you want to hear someone speak much more eloquently than me — and someone who has utilized analytics in the Oilogosphere for years — go and listen to this bit from Lowetide on his show Wednesday.
Zach Laing is the Nation Network’s news director and senior columnist. He can be followed on Twitter at @zjlaing, or reached by email at [email protected]