5 Reasons to be optimistic about the Edmonton Oilers 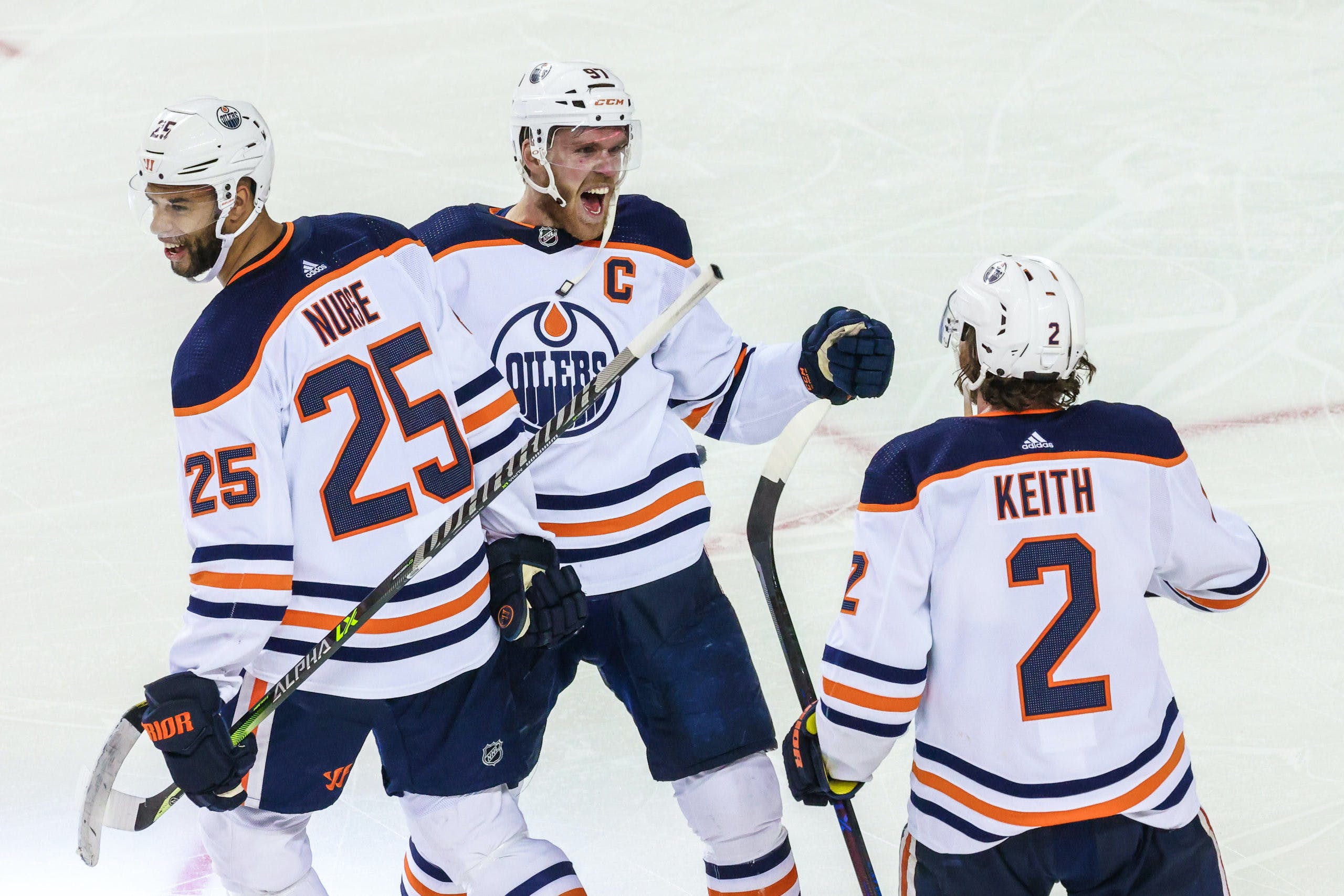 By Tyler Yaremchuk
2 months ago
Alright, so last week I wrote ‘Five Reasons I’m Concerned About the Oilers’ and surprisingly, people didn’t react all that well to it. I’m still not sure why to be honest. 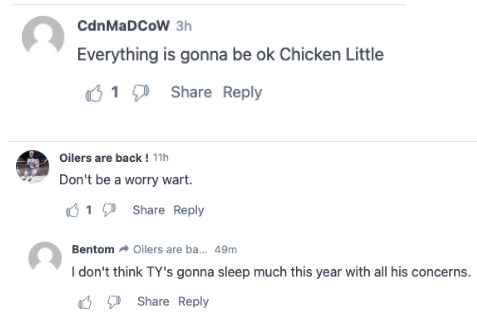 There are flaws with this Oilers team, they are not perfect, and I think people should recognize that. At the same time, I think they’re still one of the best rosters in the entire league. The bottom line is that every team has concerns. Let’s look at the Colorado Avalanche:
Even the defending Stanley Cup Champions have concerns.
There are still plenty of reasons to be wildly optimistic about this upcoming season for the Edmonton Oilers. Last week, I looked at things through a glass-half-empty lens. This week, it’s time to put on my positive cap and tell you about why this team is in a great position to win the Western Conference and go all the way!

5 – The goaltending should be healthier and less volatile

Goaltending was also one of my top concerns in my last article, but honestly, I think 80% of the league is concerned about their goaltending heading into the season. There are very few teams that are 100% rock solid between the pipes.
While there is a part of me that is worried about the high-end of this year’s tandem, the duo of Jack Campbell and Stuart Skinner should be healthier and more consistent. I think we’ll see a lot fewer weak goals go in this year and that should be music to the ears of Jay Woodcroft. The goaltending seems solid, which is a huge positive, even though we may not get a six-week Mike Smith-esque heater at some point.
My prediction: both Campbell and Skinner finish the year with save percentages of .909 or better, which only 27 goalies who played in 25+ games last season did.

4 – There is legitimate upside in the forward group

I don’t love the depth on the right side of their forward group, but there is plenty of upside here. If a few players take steps forward this season, then the Oilers should have no problem finishing as one of the highest-scoring teams in the league.
Ryan McLeod, Jesse Puljujarvi, Kailer Yamamoto, and Dylan Holloway are all pieces that could take steps forward while a bounceback offensively from Warren Foegele could also give them some extra secondary scoring.
In all likelihood, not every single one of those players are going to have banner years but if two or three do, then I think there’s a really good chance the Oilers score more goals than any team in the NHL.
My prediction: Puljujarvi and Yamamoto both hit the 20-goal mark while McLeod and Foegele both finish with 15+.

3 – Jay Woodcroft is a damn wizard

It really doesn’t matter what numbers or metrics you use, the Oilers were a way better team last season once Jay Woodcroft took over as the team’s Head Coach. This wasn’t just a little two-week bump either. The Oilers were one of the best teams in the league. From the day that they made the change to the end of the season, the Oilers racked up 55 points. That’s tied with only Calgary for the most in that span.
On top of that, they were top five in GF% at 5v5 and 10th in xGF%. They were also top ten in 5v5 GA/60 and were 14th in 5v5 SA/60, which is great considering that they were 23rd in that regard under Dave Tippett.
Woodcroft is a damn fine coach and his ability to make meaningful game-to-game adjustments last season really impressed me. I fully expect that to carry over to this season and have a huge positive impact on the Oilers. I don’t think there will be any prolonged slumps like they had under Tippett.
My prediction: Woodcroft is a Jack Adams finalist this season.

2 – Draisaitl and Nurse are healthy

While yes, the Oilers got swept by the Colorado Avalanche, they had two of their most important pieces were playing through significant injuries. If both teams were 100% healthy, because the Avs had a couple of injuries too, I don’t think that series ends in four games.
That really doesn’t matter right now but the great news for the Oilers is that both Nurse and Draisaitl recovered fully over the summer and should be 100% ready to go for opening night. Neither of those injuries required any sort of crazy surgery that would have kept them out for the first part of the regular season. For example, look at the Boston Bruins, who will be without Brad Marchand and Charlie McAvoy for the first few months of the season.
The Oilers have all of their key pieces healthy and ready to roll. That greatly improves their chances of getting off on the right foot this season and setting the tone for what should be a very fun regular season for Nation Citizens.
My prediction: the Oilers go 7-2-1 in their first ten games and finish the year with 111 points, winning the Pacific Division and finishing two points shy of Colorado for the top spot in the West.

1 – Connor McDavid gets to play with legit skill, all the time

Heading into last season, there was still a little bit of uncertainty about who would play with Connor McDavid. We certainly hoped that Zach Hyman would be a good fit but it wasn’t a sure thing. Puljujarvi was more of an unknown and the idea of this team adding a potential 40-goal scorer to add into the mix was just a pipe dream.
Well damn, now we know that Hyman can produce in the top six. He scored 21 even-strength goals last season and ten of them came when he was on the ice with Connor McDavid. He works on that line. I think he could work next to Draisaitl as well.
On top of Kane and Hyman, there’s also Jesse Puljujarvi, Ryan Nugent-Hopkins, Kailer Yamamoto and maybe even Dylan Holloway. Connor McDavid is surrounded by strong offensive players and that could lead to him putting up numbers that we haven’t seen this century.
My guess: 51-92-143 for Connor McDavid. He’ll be the first player since 1995-96 to hit the 140-point mark.