Apparently the Oilers are signing Brad Malone to an NHL contract 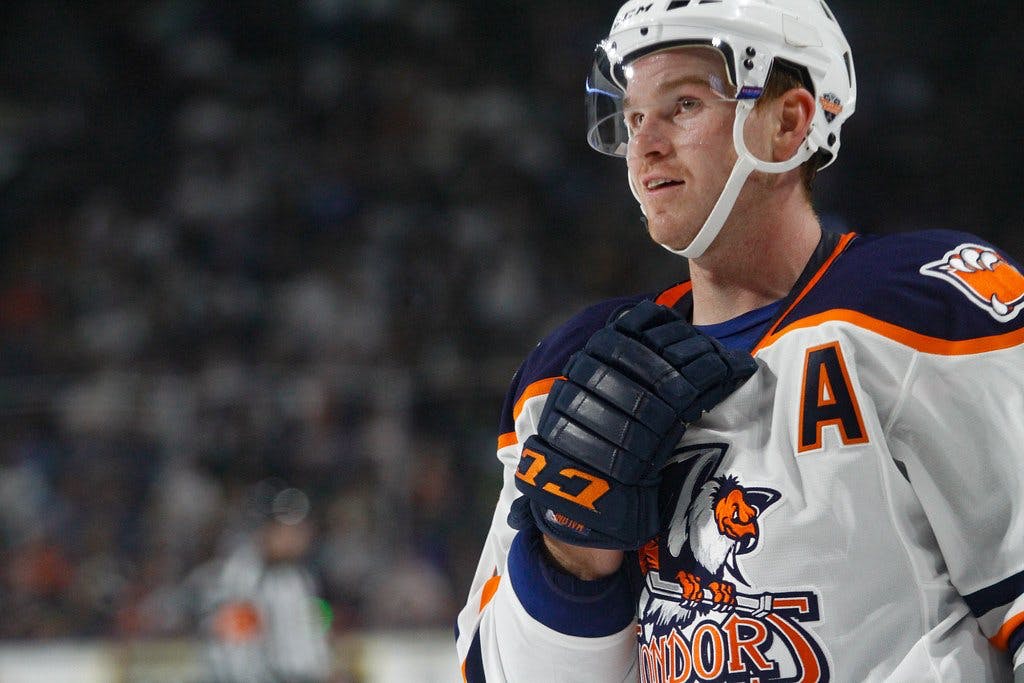 By Cam Lewis
1 year ago
It looks like the Oilers are making a move.
According to PuckPedia, the Nation Network’s salary cap resource, the Oilers are signing Brad Malone to an NHL contract…
Malone has been with the Oilers organization the 2017-18 season but he’s been on AHL contracts with the Bakersfield Condors for the past two seasons. Through 22 games in 2021-22, Malone has scored seven goals and 19 points.
The 32-year-old Malone was originally drafted by the Colorado Avalanche in the fourth round of the 2007 NHL draft and has played 199 games over his NHL career, 23 of which have been with the Oilers. Malone was last in the NHL during the 2018-19 season.
Malone can provide the Oilers some depth insurance as a player who can come up and serve in a checking and penalty-killing role, but the Condors feature better options to come up to the big league club to potentially add scoring depth. Cooper Marody leads the team with 12 goals through 25 games while Seth Griffith leads the team with 33 points in 25 games.
UPDATE:
Per Jason Gregor, Malone has tested positive for COVID-19 and won’t be signed for now. It could still happen down the road, of course, but that’s certainly an unfortunate break for the AHL veteran.
News
Team News
Recent articles from Cam Lewis