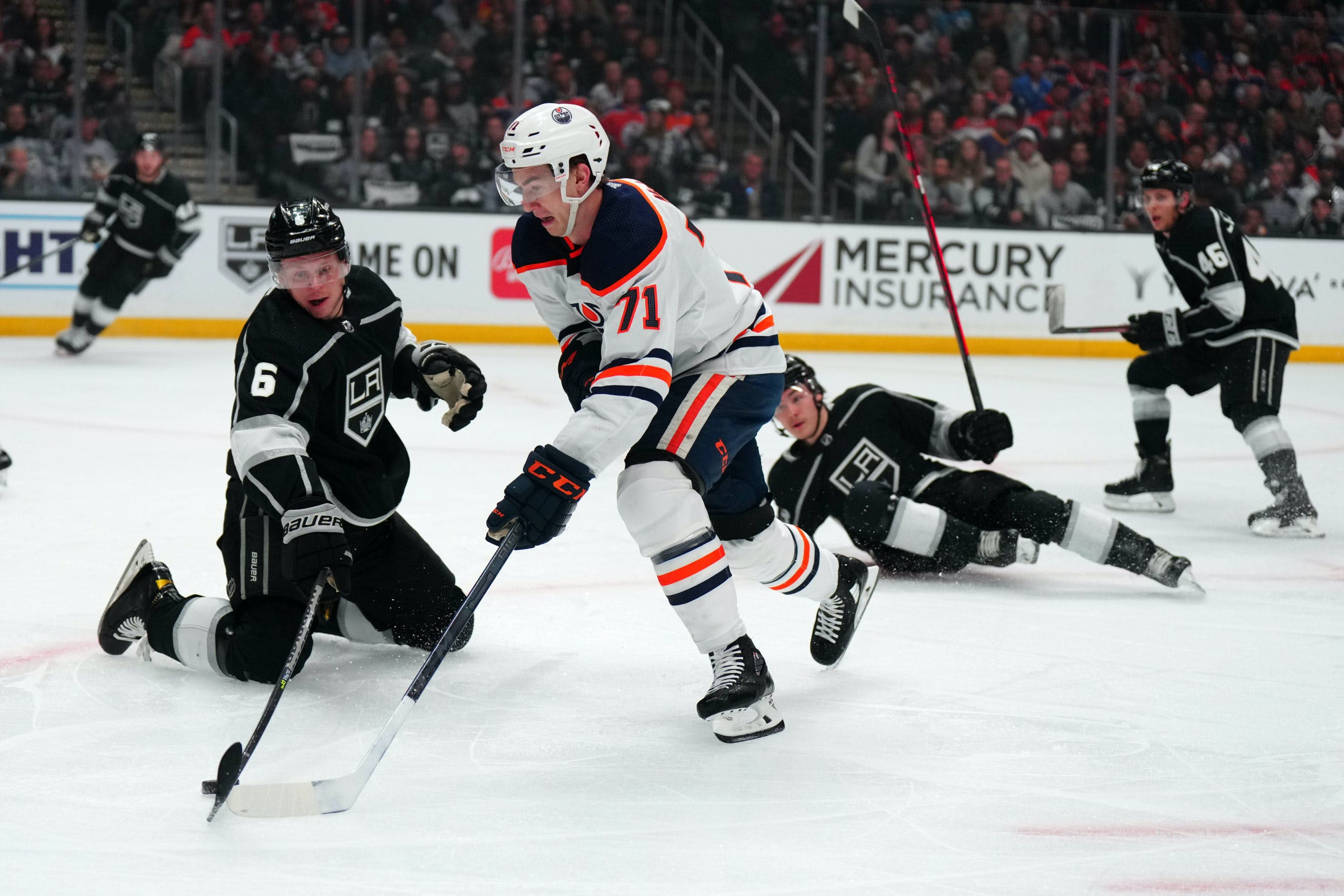 By baggedmilk
4 months ago
A fresh Oilers contract for Ryan McLeod means a fresh reaction episode of Better Lait Than Never to break it all down.
Now that Ryan McLeod has officially signed his new contract, I figured that I would fire up the ol’ home studio and bang out a quick reaction episode of Better Lait Than Never to make sense of what’s happened here. I mean, I don’t think anyone can argue that McLeod’s deal is incredibly team friendly and that he should be applauded for accepting less, but having this deal done means we’re inching closer to whatever move Holland makes to get cap compliant. Seeing as we’ve been hearing rumours about a certain Finnish lad over the past… oh I don’t know… three years, I’m nervous that the time has finally come to see my beloved Jesse leave town. Can it be? I dove into this and more in this quick reaction episode of the podcast.
Want to leave a voicemail for next week’s show? Do it here!
Listen to the Ryan McLeod reaction episode below:
Subscribe to Better Lait Than Never for FREE on Spotify, Apple Podcasts, Google Podcasts, and wherever else you get your podcasts from! Better Lait Than Never is proudly brought to you by our friends at The Audio Department and Trilogy Oilfield Rentals because without them, this podcast would not be possible. You can also check out my BLTN charity tees/hoodies here.