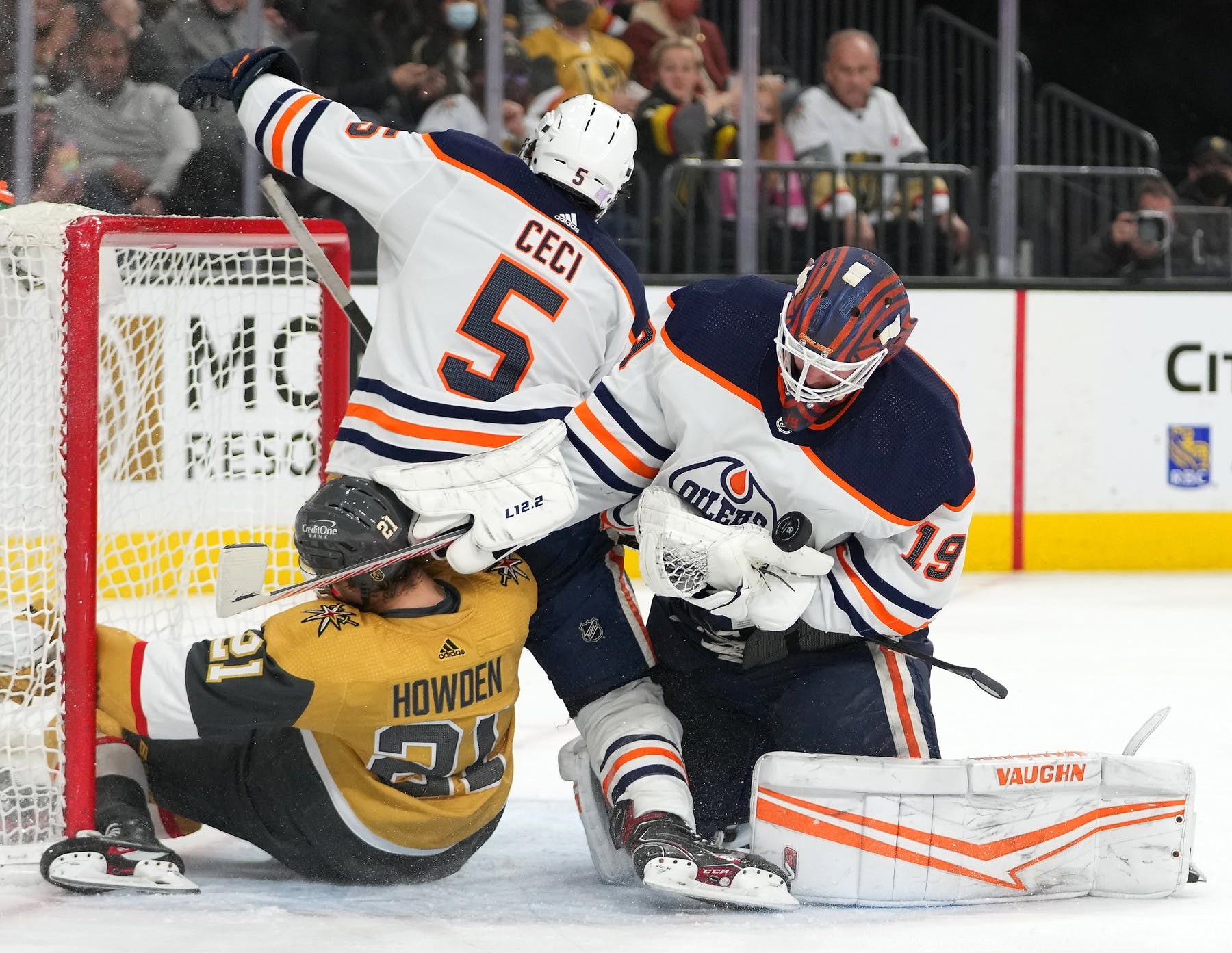 By Cam Lewis
1 year ago
The Oilers are down another defenceman.
According to Jason Gregor, Cody Ceci has been placed in COVID-19 protocol. Markus Niemelainen has been recalled from the Bakersfield Condors in his place. The team’s practice has also been canceled for precautionary reasons.
Ceci will need to produce two negative tests 24 hours apart (there’s a helpful chart on page 18 of this document to show how the process works) in order to be removed from the protocol, so he won’t be playing in Edmonton’s game Wednesday against the Pittsburgh Penguins.
Niemelainen was a third-round pick of the Oilers in 2016. He played two seasons in the OHL and then returned to Finland where he played four seasons professionally before inking his entry-level deal with the Oilers. In 21 games with the Condors last season, Niemelainen scored six points, and he has three points in 14 games this season.
He’s a big, physical, defensive defender, and I had him ranked as Edmonton’s No. 20 prospect back in August.
Without Ceci, we’ll likely see Kris Russell slide over to the right side and play alongside either Niemelainen or William Lagesson on the team’s third pair.
News
Team News
Recent articles from Cam Lewis