Dylan Holloway to make NHL debut in Game 4 vs. Avalanche 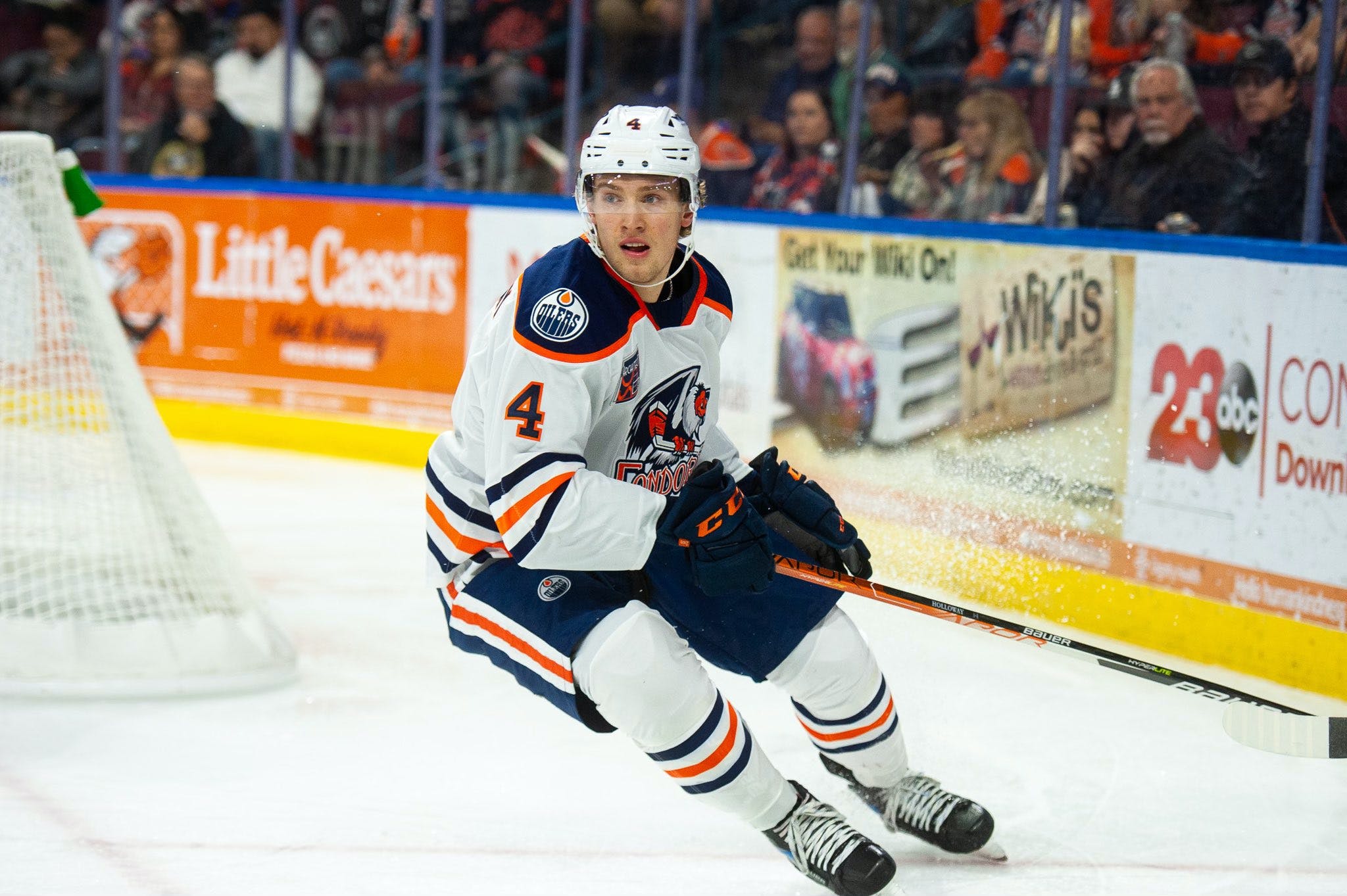 By Cam Lewis
5 months ago
It’s Dylan Holloway time.
According to Frank Seravalli, the Oilers will be inserting their first-round pick from the 2020 NHL draft into the lineup for Game 4 of the Western Conference Final.
There’s been plenty of talk about the Oilers playing Holloway throughout the playoffs, but the need for a big, skilled forward became greater when Evander Kane was suspended for Game 4 for boarding Nazem Kadri in the first period of Game 3.
Holloway missed the first part of the 2021-22 season after undergoing surgery on his wrist in the off-season. He joined the Bakersfield Condors in January and scored eight goals and 22 points in 33 games in his rookie season in the AHL. Holloway also added two goals and two assists in five playoff games with the Condors.
Seeing a player make their NHL debut in the playoffs isn’t uncommon. On the other side, Colorado’s star defender Cale Makar made his debut with the Avalanche during the 2019 playoffs after finishing his sophomore season with UMass-Amherst. Last spring, Cole Caufield played a key role in the Montreal Canadiens’ run to the Stanley Cup Final despite having played just two games during the regular season.
This will be a great opportunity for Holloway to show what he can do at the NHL level. There are no expectations as the Oilers are down 3-0 in the series against the top team in the Western Conference. If Holloway is invisible and the Oilers lose, oh well. If he plays a great game and they win and extend the series, that’s a great way to kick off a career.
News
Team News
Recent articles from Cam Lewis