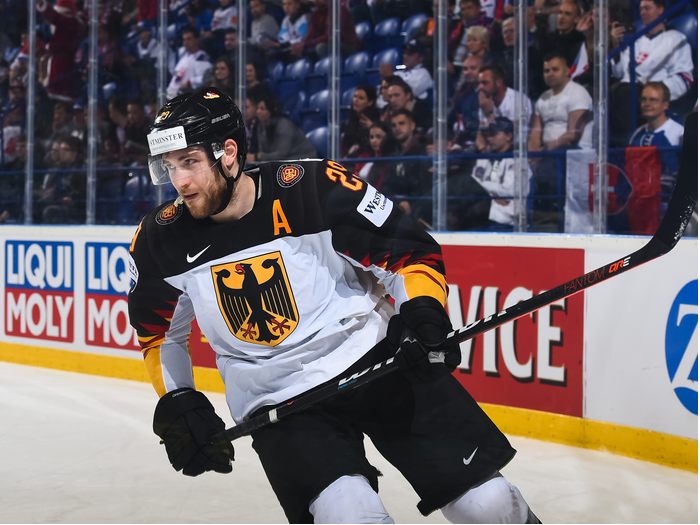 By Zach Laing
1 year ago
Leon Draisaitl has been named to the German Men’s Olympic Hockey team.
He was one of the first three named to the team, alongside Detroit Red Wings defenceman Moritz Seider and Seattle Kraken goalie Phillip Grubauer.
The 25-year-old was named the winner of the prestigious Sportler des Jahres honour in 2020 as Germany’s top athlete for his 2019-20 MVP campaign.
Draisaitl is the second Oilers player to be named to the team this week with Connor McDavid already being named to the Canadian team. The pair will faceoff against each other in the opening game of the Olympics on Feb. 10.
The German has played for Germany in five IIHF World Championships, two World Juniors and the 2016 World Cup of Hockey on Team Europe.
Zach Laing is the Nation Network’s news director and senior columnist. He can be followed on Twitter at @zjlaing, or reached by email at zach@oilersnation.com.
Nation Takes
News
Oilers Talk
Recent articles from Zach Laing