Let’s Do It Again 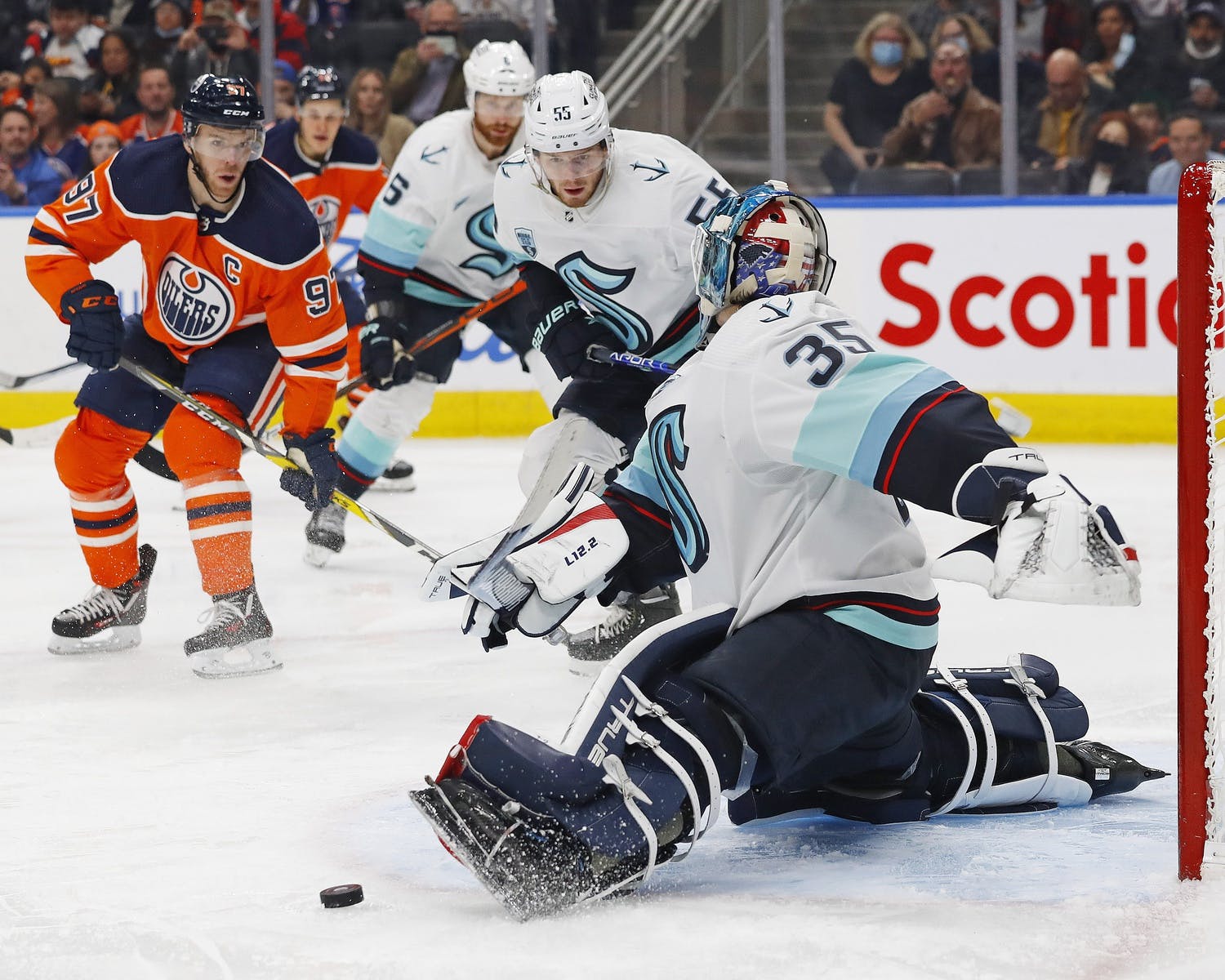 By Tyler Yaremchuk
11 months ago
The way the Oilers played on Thursday night against the Columbus Blue Jackets was a damn near perfect blueprint for how they need to play night in and night out. Simply put: they brought it and managed to end this hellish homestand on a positive note.
The first big positive was that they got depth scoring. After Colton Sceviour found the back of the net against Toronto, the Oilers got two goals from their bottom six as Derek Ryan and Brendan Perlini found the back of the net. Not only did they score, but they dominated the shot battle as well.
The Oilers’ third line of Ryan, Perlini and Kassian was on the ice together for 9:28 of 5v5 time and outshot the Blue Jackets 12-3. They had the best SF% of any Oilers forward line and their 12 shots on goal matched what the McDavid line was able to do, even though they played 2:30 more.
On the downside, it was another rough game for the Oilers’ second line of Nugent-Hopkins, Draisaitl, and Yamamoto. They played 10:22 at 5v5 and got outshot 9-4. Now, I’ll cut them a little bit of slack since five of their ten zone starts came in the defensive end, but still, that’s a trio that you would hope could push play in a positive direction a little bit better.
Tonight, with Nugent-Hopkins in COVID protocol, the Oilers coaching staff will have some interesting decisions to make. The third line was humming pretty well against Columbus, so do they reward one of those players with a spot on the Draisaitl line? Or do they not break up something that seems to be working pretty well?
If it was my call, I would throw Perlini up alongside Draisaitl and Yamamoto. He skates pretty well and his shot might work nicely next to Draisaitl. Perlini racked up six shots on goal against the Blue Jackets and that shoot-first mentality is something that the second line clearly didn’t have last time out.
From there, I would probably put @Tyler Benson up next to Kassian and Ryan. Benson looked good against Columbus, generating a few nice chances. A few extra minutes on the third line wouldn’t be a bad thing for him at all.
The other option would be to move Benson up to the second line and see if the third line from the last game can repeat their success. Personally, I think Perlini is the better choice, but I could certainly see why some would argue for Benson to get that bump up.
If they want to pick up the win tonight at Climate Pledge Arena, they’ll likely need their special teams to be strong once again. That’s an important element of their game and it went away during their six-game losing skid.
On Thursday however, it was one of the main reasons for their victory. Just over a minute into the game, the penalty kill came through after a too many men call. Stuart Skinner made a few big saves when the team was shorthanded as well. He was very good and should get another start on Saturday.
After the PK did their job, the powerplay did theirs. The Oilers got a lucky break, which they certainly didn’t get many of during the homestand, and capitalized on the full two-minute five-on-three powerplay. The two powerplay goals gave the team a pretty noticeable boost and they rode that wave of confidence throughout the rest of the game.
With Nugent-Hopkins out of the lineup tonight, the Oilers will need to find someone to take his place on the top unit. One option would be to go with two defensemen and finally give @Evan Bouchard some much-deserved powerplay time. I wouldn’t mind that at all, but it actually wouldn’t be my first choice.
I would move Jesse Puljujarvi over to the Nugent-Hopkins spot and put Warren Foegele in front of the net. Puljujarvi can absolutely rip the puck and the fact that he’s a right-shot would then give Connor McDavid and Leon Draisaitl a one-timer option on the opposite side of the ice, which they’ve never really had.
Before the win over Columbus, their powerplay was looking stale. Putting Puljuajrvi in a spot where he can rip one-timers changes up the entire look of the top unit and could actually give them a bit of a spark.
As for Foegele, I thought he looked really good playing alongside Connor McDavid and I’m sure he could handle the net-front duties just fine.
Tonight, they need to once again prove that they can put the pedal to the floor against a team that’s considerably worse than they are. The Kraken have just four wins in their last ten games and are just 6-8-1 on home ice. They struggle to produce offence and while their goaltending has gotten better since the start of the season, they’ve still allowed 19 goals in their last five games.
Even though the Oilers are considerably shorthanded, this is a game they should be able to win. They might need one of Connor McDavid or Leon Draisaitl to go supernova tonight, but I’m fully expecting the Oilers to get the two points in Seattle.