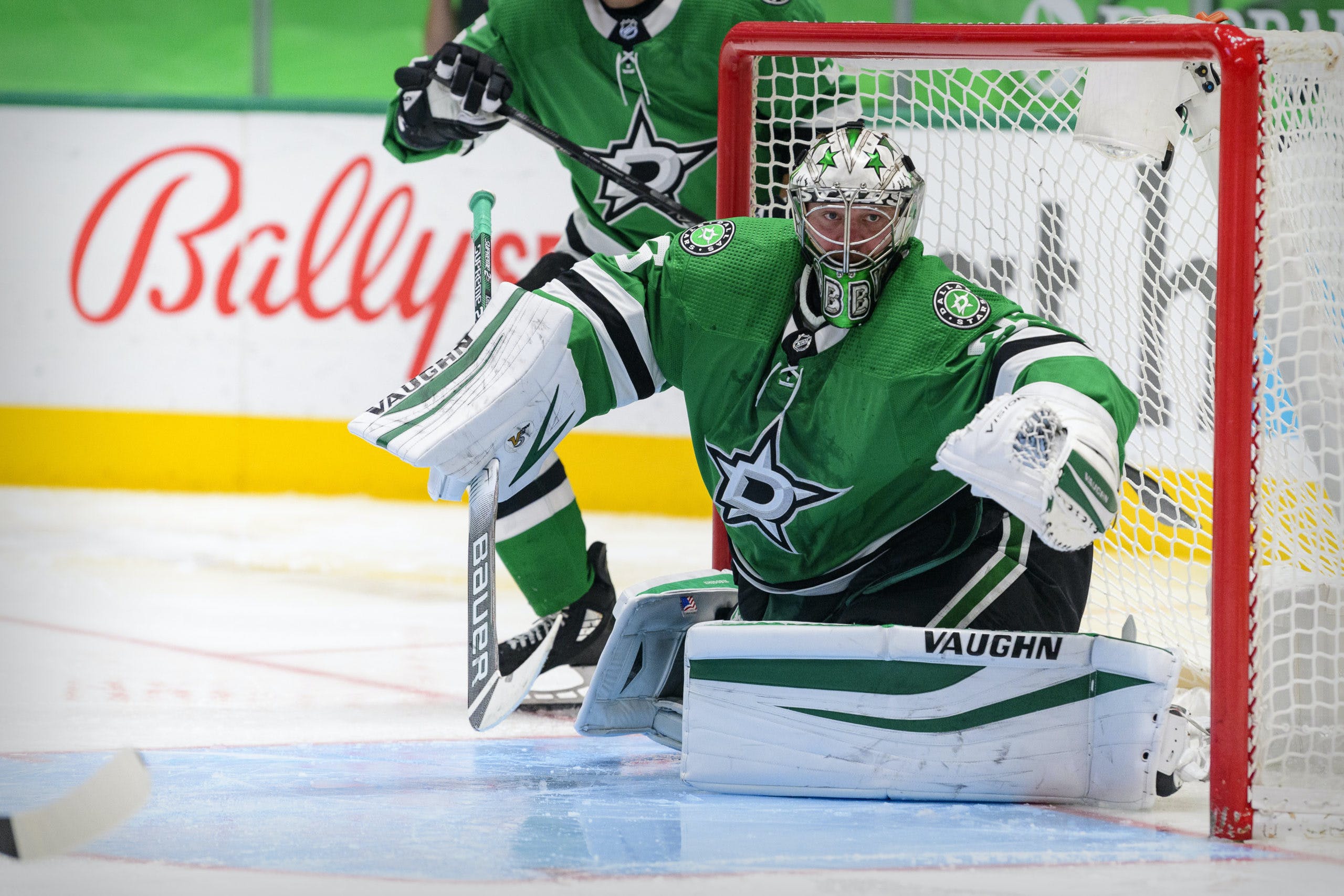 By Tyler Yaremchuk
1 year ago
The Oilers are on a five-game losing streak and things aren’t getting easier for them. They’re staring down a matchup against the Toronto Maple Leafs who are 7-2-1 in their last ten games and not only is @Mike Smith still not ready to go, but the team could be without Zach Hyman as well.
Something has to change. This team desperately needs to have a big game on Tuesday. Here are three things I want to get off my chest:

In the midst of a five-game losing streak, Dave Tippett once again went to the blender and mixed up his forward lines.
@Warren Foegele is going to get a look in the top six and even though he hasn’t produced a lot of offense this season, I don’t mind this move. Foegele knows how to get pucks to the net and his physical play might compliment Ryan Nugent-Hopkins rather nicely.
Foegele has a 5v5 shots for/60 of 6.57. That number puts him 6th on the team and surprisingly ranks him ahead of Leon Draisaitl. He’s clearly snake bit right now but his lack of production is not due to a lack of effort and that’s a nice tie in to my next point.
I don’t understand the choice to put @Zack Kassian in the top six. Granted, this may be a move that’s only happening because of the injury to @Zach Hyman but still, Kassian has just one goal in his last 18 games and on top of that, his effort level has been wildly inconsistent.
Right now, the excuse can be made that there isn’t a better option in the top six but once Hyman is healthy, Kassian should not be playing with either McDavid or Draisaitl. He hasn’t even come close to earning it.
One last point on the lineup: I like taking Puljujarvi off the McDavid/Draisaitl line. He’s been one of the few forwards this season that gets a passing grade in my book, but I want to see how he can handle being a play driver and that means he has to be moved away from the Oilers dynamic duo.
He’s good enough to create offense on his own in my opinion and if he can click with Nugent-Hopkins and do exactly that, then the Oilers will have a solid second scoring line playing behind McDavid and Draisaitl. 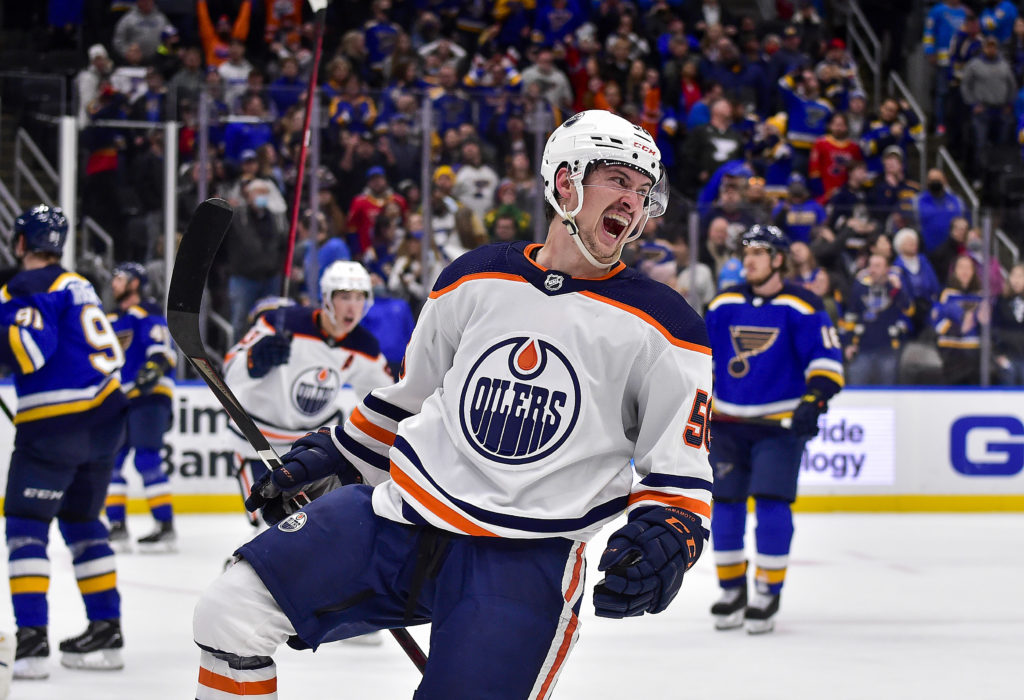 Nov 14, 2021; St. Louis, Missouri, USA; Edmonton Oilers right wing Kailer Yamamoto (56) reacts after scoring the game winning goal against the St. Louis Blues during the third period at Enterprise Center.
I mentioned that Foegele sits sixth on the Oilers when it comes to individual shots/60. The team has had 12 forwards play at least 100 minutes this season and Yamamoto ranks dead last amongst that group when it comes to individual shots/60.
He forechecks hard and creates turnovers pretty consistently, but his inability to create scoring chances, nevermind score goals, is wildly concerning. In his last 78 career regular-season games, he has just 13 goals and 14 assists. For a player that gets to spend the bulk of him time on the ice with Leon Draisaitl, that’s just flat-out unacceptable.
I still have a bit of hope that Yamamoto can one day be a consistent top-six winger in the NHL, he is only 23-years-old at the end of the day, but the Oilers need to keep him in the bottom six for the time being. Results matter and Yamamoto hasn’t been doing nearly enough to deserve a spot on a skill line.

The Dallas Stars placed veteran goaltender Anton Khudobin on waivers earlier today so naturally, Oilers fans started wondering if the team should put in a claim for him. A lot of people remember him as being a driving force behind the Stars’ run to the Stanley Cup Final back in the Edmonton bubble and while adding a goaltender with recent playoff success sounds like a decent plan, the Oilers should stay far away from Khudobin.
First off, they can’t even afford him even if they wanted to put in a claim. Khudobin carries a cap hit of  $3.33 million and has one more year left on his deal. The only way it would work is if they found a taker for Mikko Koskinen and even then, adding an older goalie with another year on his deal would be foolish.
On top of that, Khudobin has been terrible this season with a 3.73 GAA and a .873 GAA. Those numbers are ugly and he plays for a team that’s actually been okay when it comes to not allowing shots at 5v5.
There is zero reason for the Oilers to consider bringing in Khudobin.
Nation Takes
Oilers Talk
Recent articles from Tyler Yaremchuk