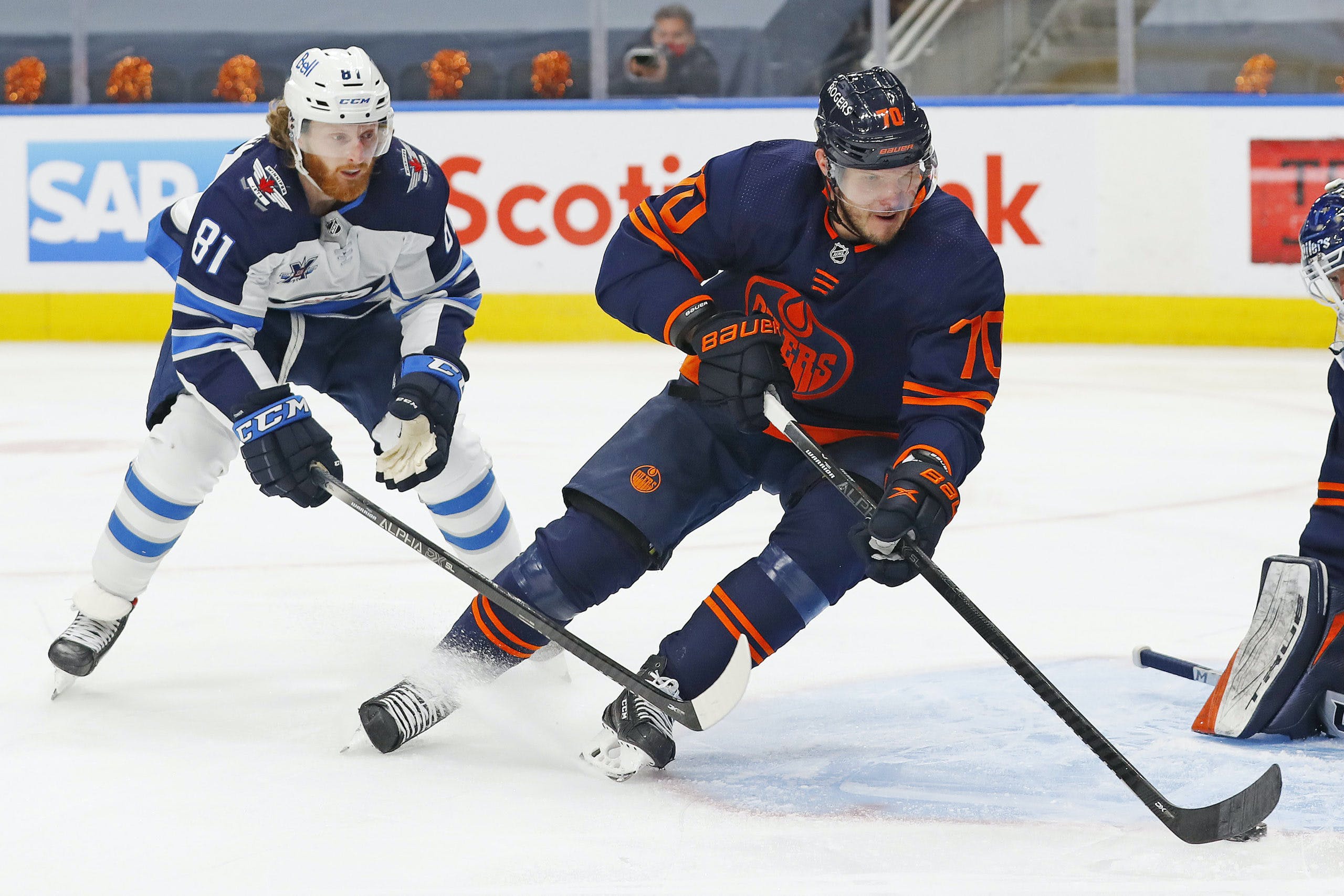 By Zach Laing
1 year ago
Welcome to the 2020-21 season review and 2021-22 season preview player-by-player! In this, and other articles, I’ll be, well, reviewing the Edmonton Oilers 2020-21 season and previewing the 2021-22 season. You can read about the analytics behind my analysis here.
As quickly as he arrived, his time in Edmonton was done.
The Oilers made a move at the deadline to acquire Dmitry Kulikov from the New Jersey Devils sending back a 2022 4th round pick.
He had appeared in 30 games with the Devils notching just two assists, but that’s not what the Oilers brought him in for. They wanted help on the backend, and that’s what they got.
In 10 regular-season games at 5×5, the Oilers controlled 51.97 percent of the shot attempts, 58.33 percent of the goals scored, and 55.27 percent of the expected goal share. Small sample size aside, Kulikov was a stud for the Oilers.
Kulikov, like the rest of the Oilers lineup, struggled in the playoffs against Winnipeg, but the club still controlled 56.73 percent of the shot attempts with him on the ice.
Truth be told I am a bit surprised the Oilers chose to let him go and didn’t try to re-sign him. He ended up inking a two-year deal paying him an AAV of $2.25-million and while a left shot, would’ve provided the Oilers with strong depth on the backend.
The cost of acquisition was low, all things considered, so it’s not like the choice to let him walk is overly controversial or anything. I liked the trade at the time, and I still like it. Kulikov was a solid player for the Oilers in his limited time and it shows the Oilers had the right target in mind when it came to deadline acquisitions.
Zach Laing is the Nation Network’s news director and senior columnist. He can be followed on Twitter at @zjlaing, or reached by email at zach@oilersnation.com.
Nation Takes
News
Oilers Talk
Recent articles from Zach Laing