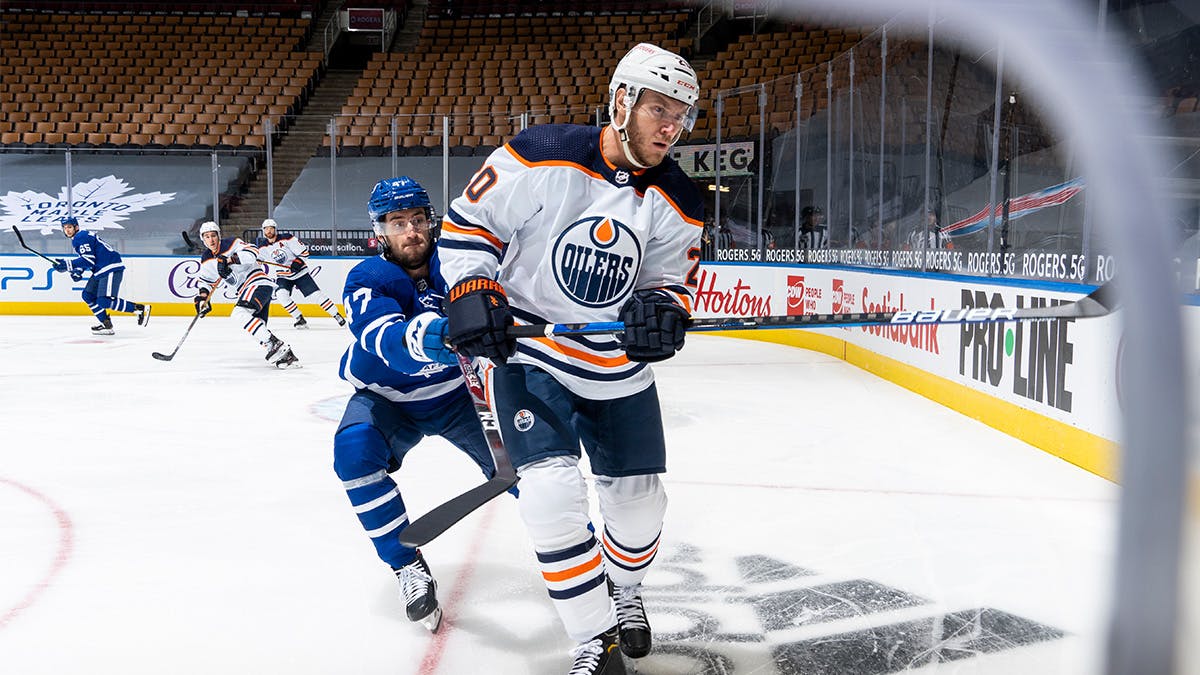 By Zach Laing
1 year ago
Welcome to the 2020-21 season review and 2021-22 season preview player-by-player! In this, and other articles, I’ll be, well, reviewing the Edmonton Oilers 2020-21 season and previewing the 2021-22 season. You can read about the analytics behind my analysis here.
As quickly as Slater Koekkoek got acclimated to the OIlers lineup last year, it was yanked away from him.
He joined the club on a one-year deal late in the offseason and won the job as the team’s third-pairing, left-shot defenceman. It was a tough adjustment to the new team, and just as he was starting to find his legs, he suffered a broken collarbone a minute into a Feb. 20 game against the Calgary Flames.
Koekkoek recovered to play on regular-season game at the end of the year, before finding himself playing in all four of the Oilers’ playoff games replacing Caleb Jones.
If there’s one thing that is clear it’s that Edmonton has a level of faith in him. He won the job in camp, and got a big chance to play playoff minutes for the Oilers.
His numbers as a whole? Rather unimpressive. In 18 regular-season games he scored just one goal while playing 13:10 TOI per game. At 5×5, he posted a 41.58 CF%, a 25% goal share, 45.31 xG% and a brutally low 94 PDO.
So uh, yeah, the results weren’t great. A lot of this, mind you, came from a tough go at the start of the season as he was getting acclimated to the team.
I don’t think the Oilers are wrong for trusting him, though. According to JFreshHockey’s player cards, Koekkoek provided even-strength offence and defence in the 70th and 48th percentile, respectively, and both of those dipped from the 2019-20 campaign. By the eye test, I liked what he brought too. He was solid positionally and has a clear ability to transport the puck.
The Oilers gave him a two-year, $925,000 AAV deal this offseason showing they feel he’s a valuable piece to the team. He’ll be firmly entrenched in the battle for the 3LD spot.
Zach Laing is the Nation Network’s news director and senior columnist. He can be followed on Twitter at @zjlaing, or reached by email at zach@oilersnation.com.
Nation Takes
News
Oilers Talk
Recent articles from Zach Laing