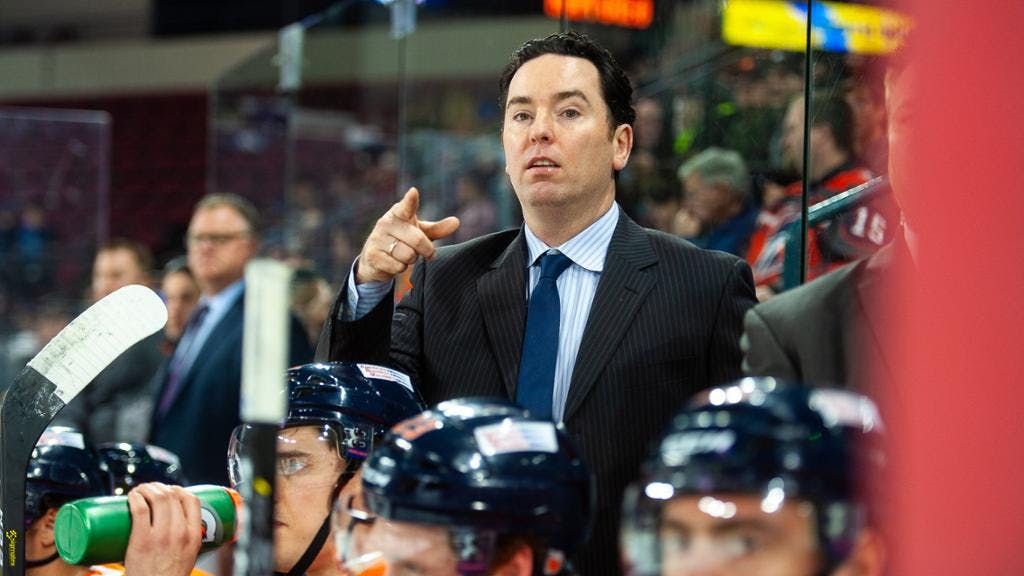 By Liam Horrobin
10 months ago
It’s all doom and gloom in Edmonton, and the Oilers can’t figure it out. Now, let’s see if this prospect report can give us all a bit of glimmer of hope.
Before we get into it, Dylan Holloway has been cleared from COVID protocol and is heading down to Bakersfield. Finally, we get to see the Oilers first-round get in some game action. By most reports, fans should expect to see Holloway back in Edmonton at some point this year. Action down in Bakersfield will be essential for him to get his feet back underneath.
Now, let’s take a look at everyone else:
The Berta Boy Returns
Ladies and gentlemen, please welcome back to the main stage from the University of Denver, Carter Savoie!
Savoie returned to the Pioneers lineup for the first time since before Christmas and made an immediate impact. The University of Denver went head-to-head with the University of Nebraska-Omaha 5-2 and 4-0. Savoie came away with one goal and four points from their weekend series.
His one assist to teammate Brett Stapley was a nasty no-look backhand from down low.
https://twitter.com/DU_Hockey/status/1482898590749974529?s=20
Savoie was recently named a Hobey Baker Award finalist, and you can now vote for the Oilers prospect to win. Simply click right HERE to vote.
Condors Find A Way
It doesn’t matter what you throw at Jay Woodcroft and his Bakersfield Condors team, and they continue to solve each problem that comes their way and prevails.
On Wednesday, Vincent Desharnais, Ostap Safin, Kaldis, Cooper Marody, Dimitri Samorukov, Tim Soderlund and Matteo Gennaro. Along with Stuart Skinner also being with the Edmonton Oilers.
Despite missing nine players, they won the game 6-3 and were even down 2-0 at one point. They battled back, scoring five unanswered goals. A win like that will help bring a team together, that’s for sure. Philip Broberg had a good game offensively, grabbing a couple of assists to take his tally to 16 points on the year.
Let’s give some credit to James Hamblin too. Hamblin is a 22-year-old forward from Edmonton in his second season with the Condors. He’s always had a knack for scoring 115 WHL goals to his name, all with the Medicine Hat Tigers. This year, he’s already surpassed his goal total from last year (7) and looks well on his way to a solid year with the Condors. It might be worth Holland and his team considering signing this guy to a two-way contract over the summer.
What Would You Do?
Ken Holland has made it quite clear that he doesn’t want to move one of his prospects; HOWEVER, it’s going to be extremely difficult for him to make any deal without including at least one prospect. One because the Oilers actually have about 6 to 10 good prospects, and two, Holland doesn’t have a 2nd or 3rd round pick to play with this year. Future picks are in play and this year’s first, too.
My question to you is if you were Ken Holland, which top Oilers prospect would you be willing to move?
This might be a hot take, but I think I would allow Xavier Bourgault to walk. Not because I don’t think he’ll be a great Oilers, but because the organization has done a great job of finding those later round guys. With Matvey Petrov, Tyler Tullio, and Carter Savoie still stored away, and you can run the risk of moving Bourgault for a bigger prize. Plus, all three of those guys are older, so perhaps they could play sooner than him. I am sure if this actually happened, it would make not taking Jesper Wallstedt even worse, but hey, it is what it is now.
I’ll propose this question on my Twitter to @LiamHorrobin, so if you’re reading this respond to my tweet and let me know.
Nation Takes
Oilers Talk
Recent articles from Liam Horrobin