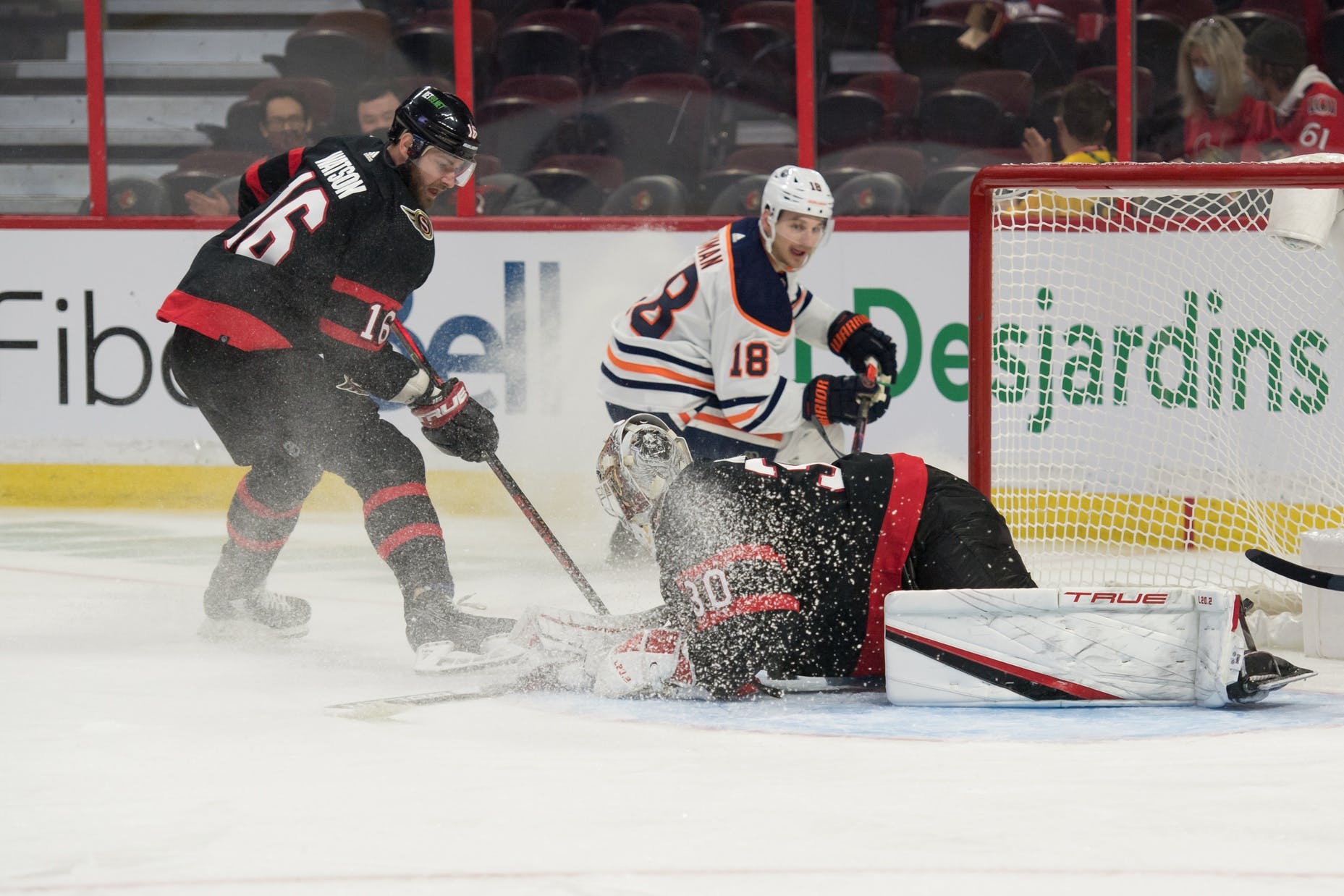 By Robin Brownlee
11 months ago
With last night’s 3-2 overtime loss to the Ottawa Senators, the Edmonton Oilers hit the 41-game mark in the schedule with a record of 22-16-3 for 47 points. They’re halfway there. A lot of you are probably asking hallway where? Me too. Fair question.
After falling off the edge of the hockey world during December and the first three weeks of January, ending that forgettable grind without a win in seven games, the Oilers showed up in the nation’s capital with four straight wins in the books. Given the sorry state of the Senators, it wasn’t too much to expect a fifth straight win, was it? Well, obviously it was.
It’s tough to get a read on this club with such big swings in results. This one was decided in OT when six-foot-seven @Mikko Koskinen, who’d been pretty good in winning his previous three starts, made himself small enough that @Tim Stutzle beat him high over the right shoulder short side. Had comedian Tim Conway ever made a Dorf on goaltending video, the winning goal to send the Oilers packing for Washington with one point was it.
The Oilers have a dozen games to play in February. The March 24 trade deadline is looming. There’s a fair bit of ground to make up in the Pacific Division. There is likely a move or two left for GM Ken Holland to make even with the Oilers two games into the @Evander Kane gamble. So, how far off is this team from the group more than a few people picked to win the division in pre-season? Depends which night you’re watching them, no? 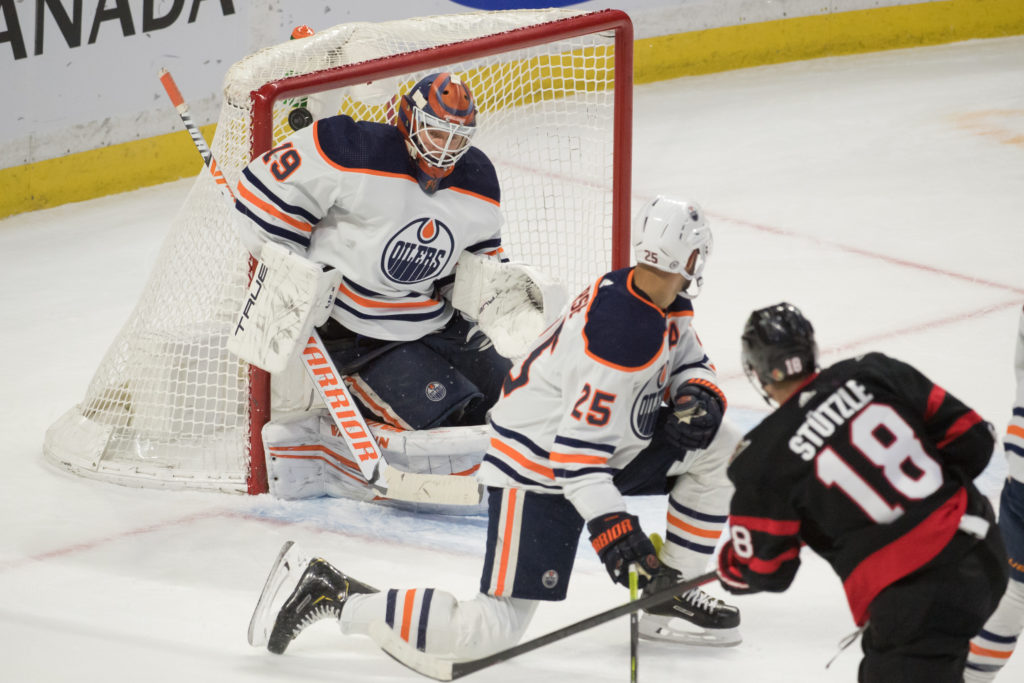 Jan 31, 2022; Ottawa, Ontario, CAN; Ottawa Senators left wing Tim Stützle (18) scores the winning goal against Edmonton Oilers goalier Mikko Koskinen (19) in overtime at the Canadian Tire Centre. Mandatory Credit: Marc DesRosiers-USA TODAY Sports
“You’ve got to keep at it,” said coach Dave Tippett after a sometimes sloppy, often uneven performance. “You keep pounding away at it. There’s always little parts of your game you want to work on that have to be better. There’s players who can play a little better. There’s things you can work on. Our specials teams, we were minus-one on the special teams tonight. There’s always things you work on.
“We like our team. I think we’ve got a good team. We’ve got to keep pushing ahead. It’s a game that I think was a winnable game if we capitalized on some chances. We didn’t, so we move on. We needed some players to make some plays . . .”
Derek Ryan answered that bell with a sweet feed into the slot for the 2-2 goal by @Darnell Nurse as the Oilers twice overcame one-goal deficits, but not enough of the plays Tippett talked about got made. When they did, Matt Murray had the answer – he stopped 37 of 39 shots for the shorthanded Senators.
“Obviously we’re disappointed we didn’t get the other point there,” Ryan said. “I don’t know if we played well enough through 60 minutes to deserve a win, in my opinion, but good on us to battle through and stick with it. They’re a tough team to play against. They play hard. They play the right way. Credit to them but I think we have to be a little better through 60 minutes.”
Stutzle was the epitome of the play hard mantra Ryan talked about. Before zipping the winner top shelf over Koskinen, he dropped the gloves and had his first NHL scrap with Oilers’ defenceman William Lagesson. Stutzle emerged from that tussle with a cut over his eye, but it didn’t bother him a bit on that winning snipe. The Oilers play the Capitals Wednesday.