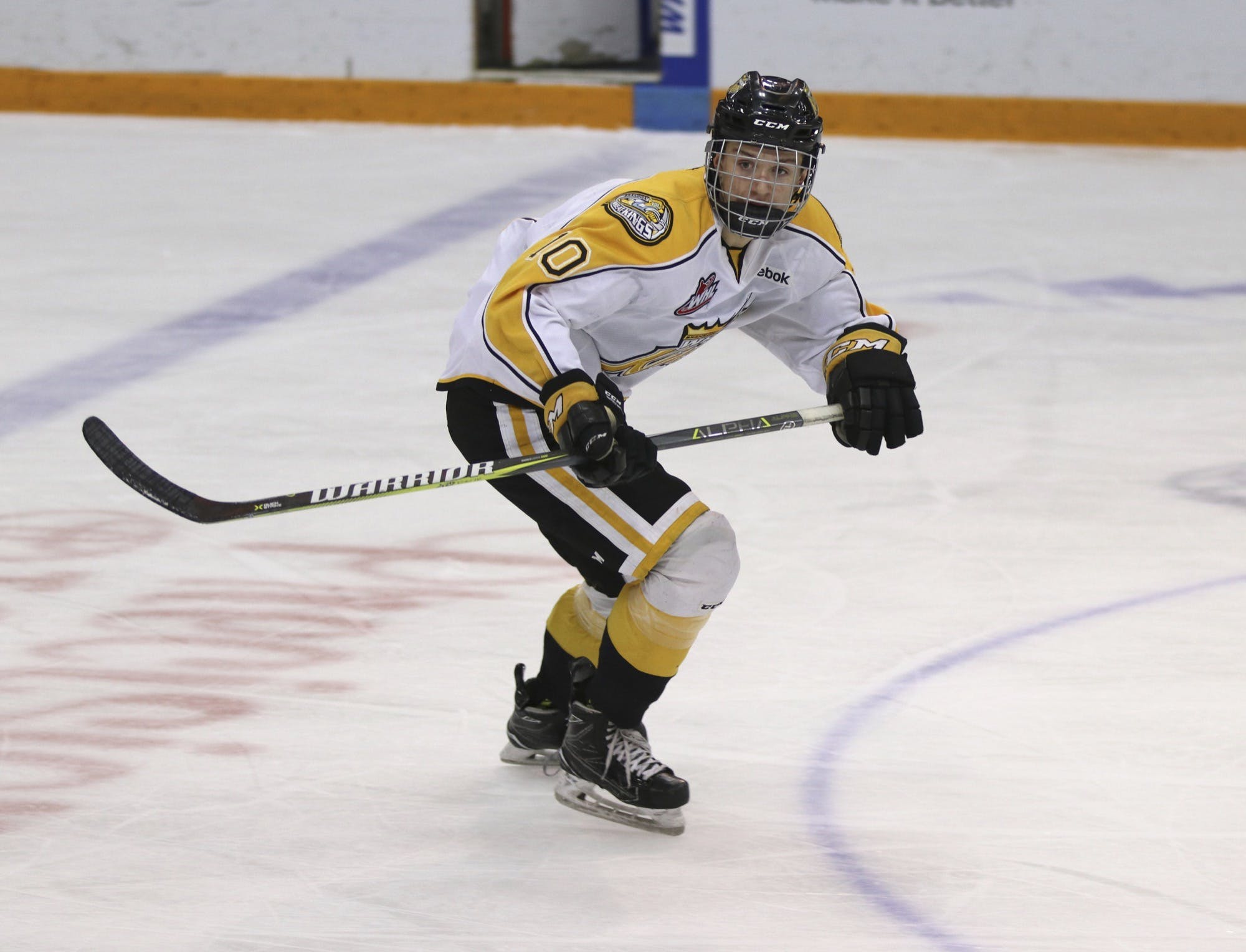 By Cam Lewis
1 year ago
With the No. 116 pick in the 2021 NHL draft, the Edmonton Oilers have selected forward Jake Chiasson from the Brandon Wheat Kings. No relation to Alex “The Answer” Chiasson.
Chiasson is from Abbotsford, British Columbia and played minor hockey at the Yale Hockey Academy Prep club in his hometown. From there, he was selected No. 15 overall by the Wheat Kings in the WHL’s Bantam Draft.
In his first full season with the Wheat Kings in 2019-20, Chiasson scored just five goals and 15 points over the course of 60 games, but he had a strong showing in the COVID-shortened 2020-21 season, putting up nine goals and 20 points over 23 games.
Chiasson is described as a big, hard-working winger who plays a strong two-way game. He thrives in a complementary role, serving as the winger on the line who forechecks hard, wins puck battles, opens up space, and plays responsibly in his own end. He apparently has a strong, heavy shot but his skating needs some work.
Here’s a scouting report, courtesy of FC Hockey…

“Chiasson has come a ways in his development from this season to last, but as a total package has no real eye catching skills. He’s been playing on the right side of the team’s top line with Ridly Greig and Ben McCartney and I get the vibe that even with his improvements, he’s more along for the ride as supporting member. Functionally from the top up he’s an adequate player with how he handles the puck and thinks the game at baseline level, but from the waist down he’s a work in progress. His poor ankle flexion limits the depth of his stride and his knees collapse in as he has no width through the hips. His linear speed is okay but stopping, starting and lateral movements is a massive struggle for a lanky kid who needs to add muscle mass. He’s got a base set of tools and is more confident with the puck on his stick, exploring more lateral opportunities and passes through sticks to find threats to inside lanes. That being said, I saw some basic problem solving capability but not an overall sharp mindset to when it came to creativity. He seldom is able to dictate the flow of play or divide and conquer opponents due to a lack of dynamic ability. His shot is lacking mechanical cleanliness and a lot of his chances he gets are the placeholder tendencies of driving to the net, stick down and being present to swat at a puck or redirect. One of his bigger challenges to me was being able to catch pucks in motion or cleanly picking up passes cross body and that kind of hesitation can kill plays. If his base were stronger I would laud his efforts on the wall a bit more as he didn’t bail out, but lacked the form to withstand opponents who had the upper hand with leverage. Seemed a bit limited with mobility but did well to limit inside lanes and angling opponents as best as he could to move up the wall and funnel pucks up the wall to the point. I do feel though that his detail along the wall will need a lot of work as a lot of easy assignments need more detail added. I think he’ll be a strong junior and that someone will pick him as a later round pick but for me I struggle to see a place for him in an NHL lineup. If I had to present a short list, Chiasson wouldn’t be on it.” – Justin Froese