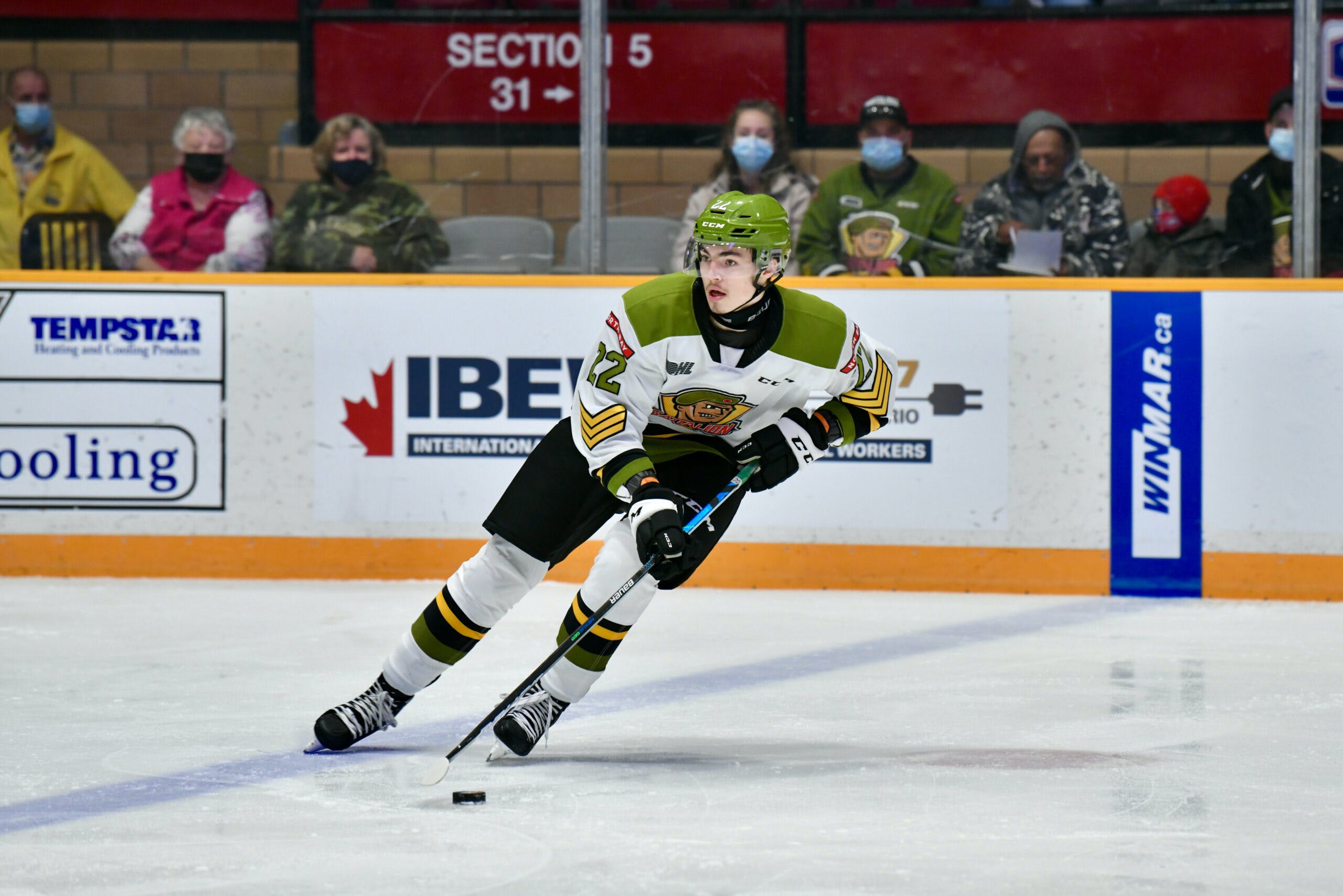 By Cam Lewis
4 months ago
The Edmonton Oilers have returned another prospect to major junior.
The team announced on Thursday morning that Matvey Petrov has been assigned to the North Bay Battalion of the OHL.
Since Petrov was drafted out of Russia and not the CHL, the Oilers had the option to send him to the AHL for his 19-year-old season. While the team might have had more control over his development if he was playing for the Bakersfield Condors, the AHL is a difficult league for a teenager and the Oilers ultimately decided he was better off with another year of OHL experience.
The Oilers selected Petrov in the sixth round of the 2021 NHL Draft following a strong season playing in Russia’s MHL. He came overseas to join North Bay in 2021-22 and put together a huge season, scoring 40 goals and 90 points over the course of 63 games for the Batallion.
That showing launched Petrov from an interesting late-round draft pick with upside to one of the names in contention for the steal of the 2021 draft early on. We had Petrov ranked as Edmonton’s No. 8 prospect in this summer’s countdown.
The Battalion will kick off their season on Friday evening as they travel to Sault Ste. Marie to play the Greyhounds.