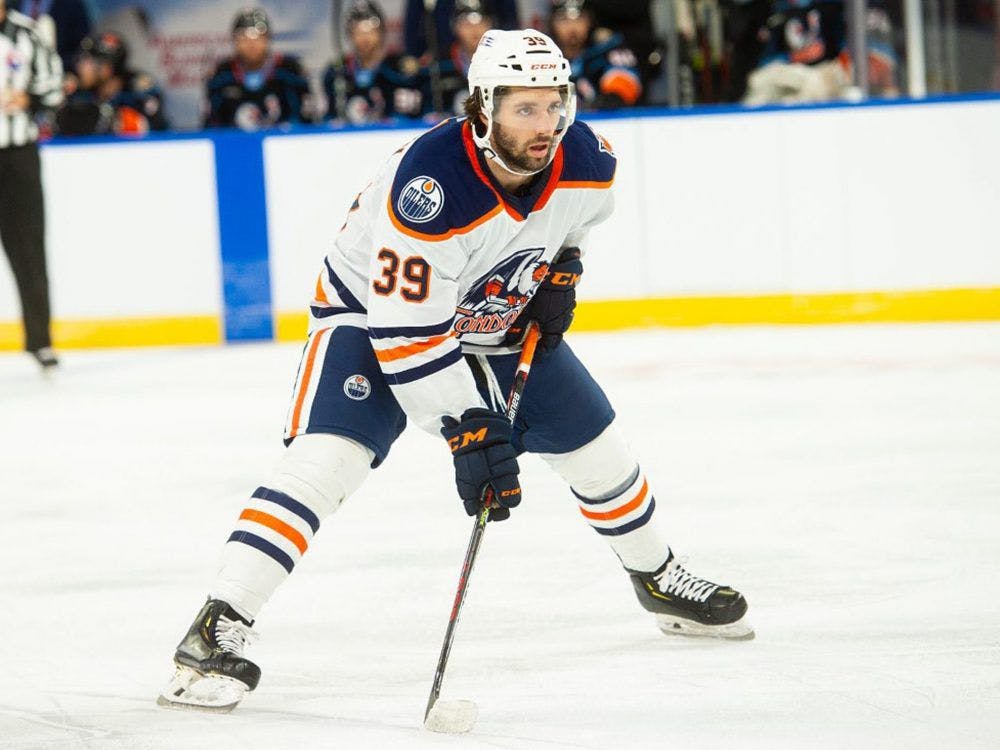 By Zach Laing
8 months ago
Another Oilers moves when it comes to housekeeping.
A day after the club signed a trio of players including forward James Hamblin and rearguards Dmitri Samorukov and Vincent Desharnais, the Oilers inked forward Seth Griffith to a two-year, two-way deal.
Griffith, 29, has spent the last two years in the organization. Last year, in 2020-21, he appeared in 39 games scoring 10 goals and 28 points. This season, however, he’s seen a solid bounceback in production.
In 40 games this year, he’s scored 20 goals and 52 points and ranks fifth in American League scoring. Scoring isn’t anything new to him at the AHL level, either. His most productive year was in 2015-16 when he scored 24 goals and 77 points in 57 games.
His projections this year are set to blow those out of the water. According to EliteProspects, he’s projected to score 34 goals and 88 points over 68 games this season.
Griffith appeared in one game with the Oilers this season but didn’t score a point.
Zach Laing is the Nation Network’s news director and senior columnist. He can be followed on Twitter at @zjlaing, or reached by email at zach@oilersnation.com.
Nation Takes
News
Oilers Talk
Recent articles from Zach Laing