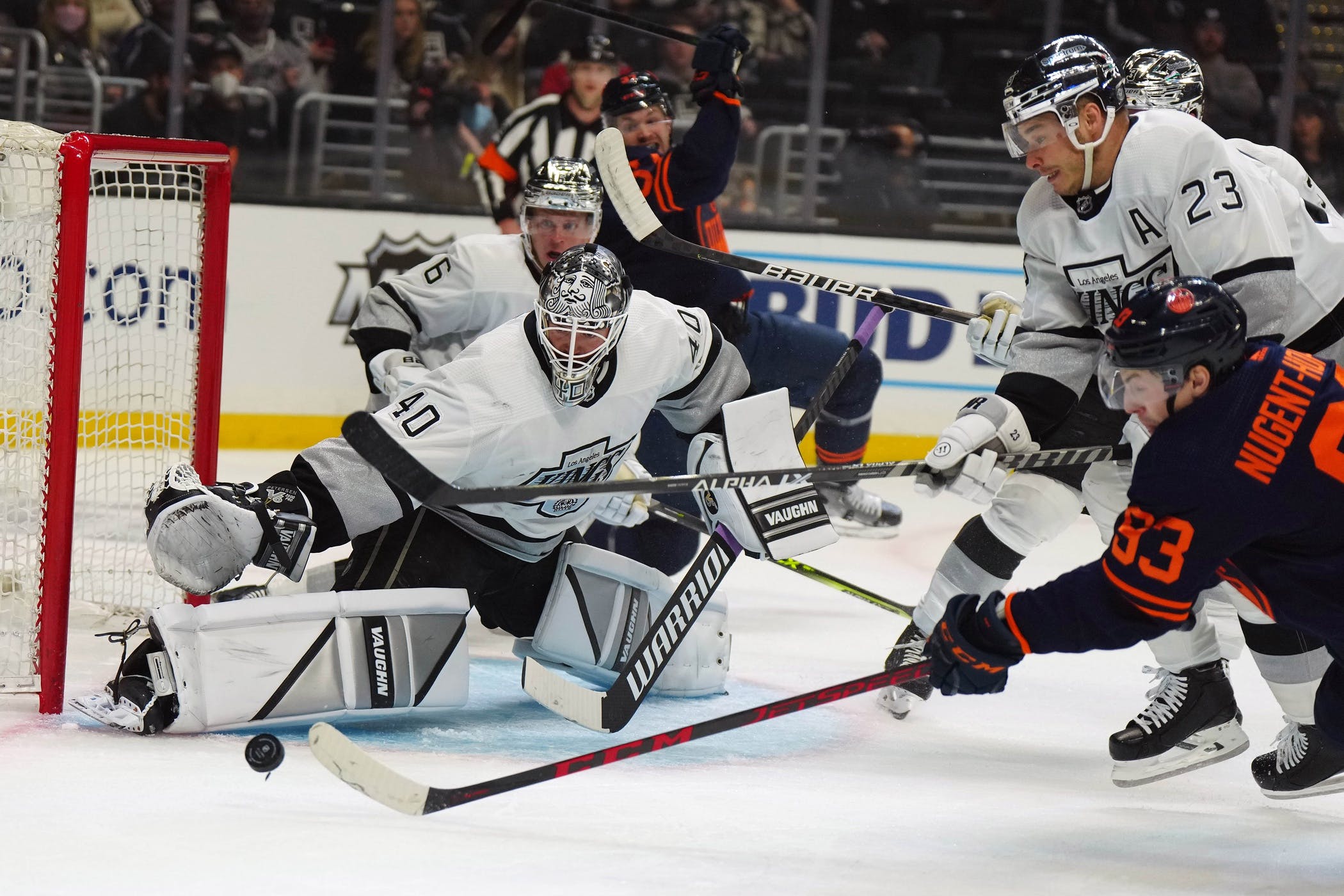 By Robin Brownlee
9 months ago
Any time the Edmonton Oilers can pick up four points from a two-game road swing through California, as they did by beating the Los Angeles Kings 5-2 last night after a 3-0 win in San Jose the night before, it’s a good trip. Seeing Brendan Lemieux punched in the mouth was a bonus.
The points are always the bottom line and the Oilers took two for the third straight game under new head coach Jay Woodcroft, but there was more to like than that. First, the win improved the Oilers to 26-18-3 and moved them past the Kings into third place in the Pacific Division with a game in hand as they prepare to take on the Anaheim Ducks Thursday.
On top of that, the Oilers won a game after falling behind yet again, and did it in large part because @Mike Smith shook off a weak opening goal to lock things down the rest of the way on a night he stopped 30 of 32 shots. Smith, as he’s known to do, dug in after his gaffe ended up in the net. You could say he battled. Then, there was @Kailer Yamamoto, who scored his first goal in 12 games to get the eventual winner at 3-2, and Ryan Nugent-Hopkins, who scored the 2-1 goal and just keeps quietly getting it done.
The cherry on top before jumping a jet for home was @Evander Kane, who not only continued to make a difference with a goal and an assist, but had Oilers’ fans nodding in approval when he popped Pepe’s boy in the puss for running his yap and dealing stink-eye. At 3-0-0 and having allowed just three goals since Woodcroft took over the bench, the Oilers have it going on – aside from a power play that can’t get out of its own way right now. 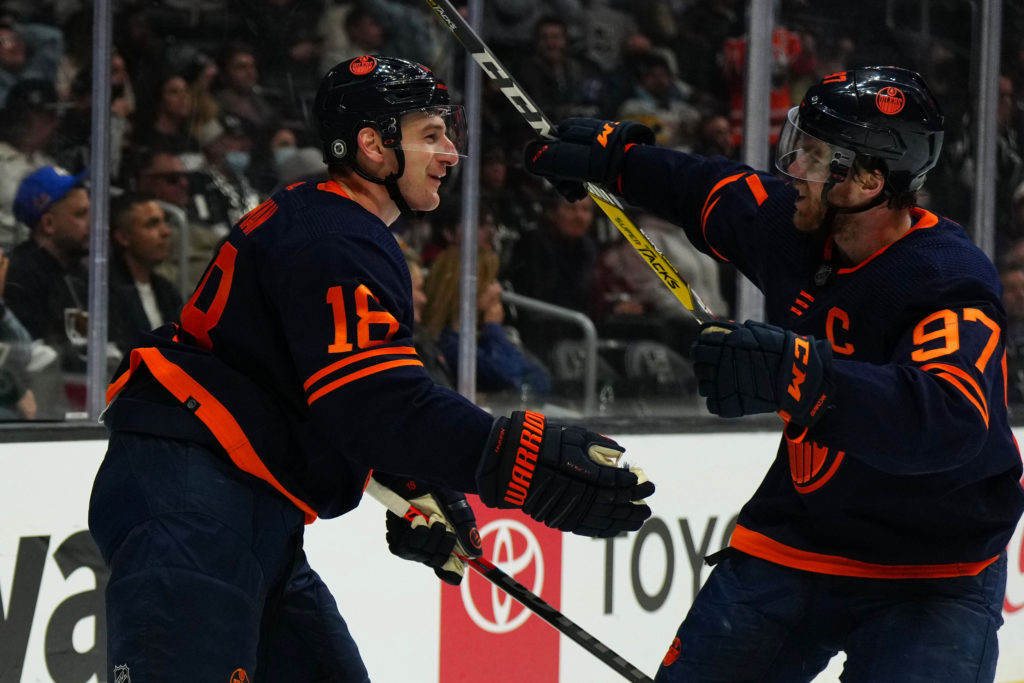 Feb 15, 2022; Los Angeles, California, USA; Edmonton Oilers left wing Zach Hyman (18) and center Connor McDavid (97) celebrate after a goal against the LA Kings in the third period at Crypto.com Arena. Mandatory Credit: Kirby Lee-USA TODAY Sports
“We stayed patient in our game and didn’t let it get away from us when we were down one there,” said Smith, who foiled 1,000-game man Drew Doughty with just over five minutes remaining to preserve a 2-2 tie. “We banged in a gritty one there in the second and just kind of stuck with it. There’s was never really any panic in our game. It just seemed to be whoever didn’t make the last mistake was going to win the game, so it was a valiant effort by our group. We stuck with it and found a way to win.
“Woody’s obviously come in and made some changes, but all in all, the players have got to want it. You’ve got to want it as a player, you’ve got to want to win and do whatever it takes to do that. The details in the game matter so much, and that comes down to the players willing to do that and having what it takes to play a full 60 minutes — block shots, win battles, the little things in games mean so much in the grand scheme of things.”
Going back to the roll the Oilers got on before the all-star break, they’re 8-2-1 in their last 11 games. If there wasn’t still work to do and flaws to fix, Dave Tippett wouldn’t have been fired in the first place. The Oilers have looked more disciplined defensively under Woodcroft. Where they would sometimes sag – like after giving up an early or soft first goal – this team now gets stubborn. They dig instead of digging down and jumping in the hole.
“It’s a certain style, a demanding style,” Woodcroft said. “I’m very happy that the team is seeing results. That’s good team character when we didn’t score the first goal of the game and nobody hung their heads. We found a way to claw back. And there wasn’t a lot of real estate out there, so you had to fight for all your space.
“I’ve been very impressed with the level of professionalism of all the players on our roster. We’ve asked everybody to up their work rate . . . that’s a good team character win.”

These three wins under Woodcroft have the Oilers back in the middle of the playoff mix in the Pacific Division, but it is just three games and history tells us it’s best not to get carried away.
If the Oilers actually are in full-blown turnaround mode as opposed to riding a new coach bounce, they have to show us and GM Ken Holland some more of the same against Anaheim, Winnipeg, Minnesota, Tampa Bay, Florida and Carolina before the end of the month leading into the trade deadline on March 24.