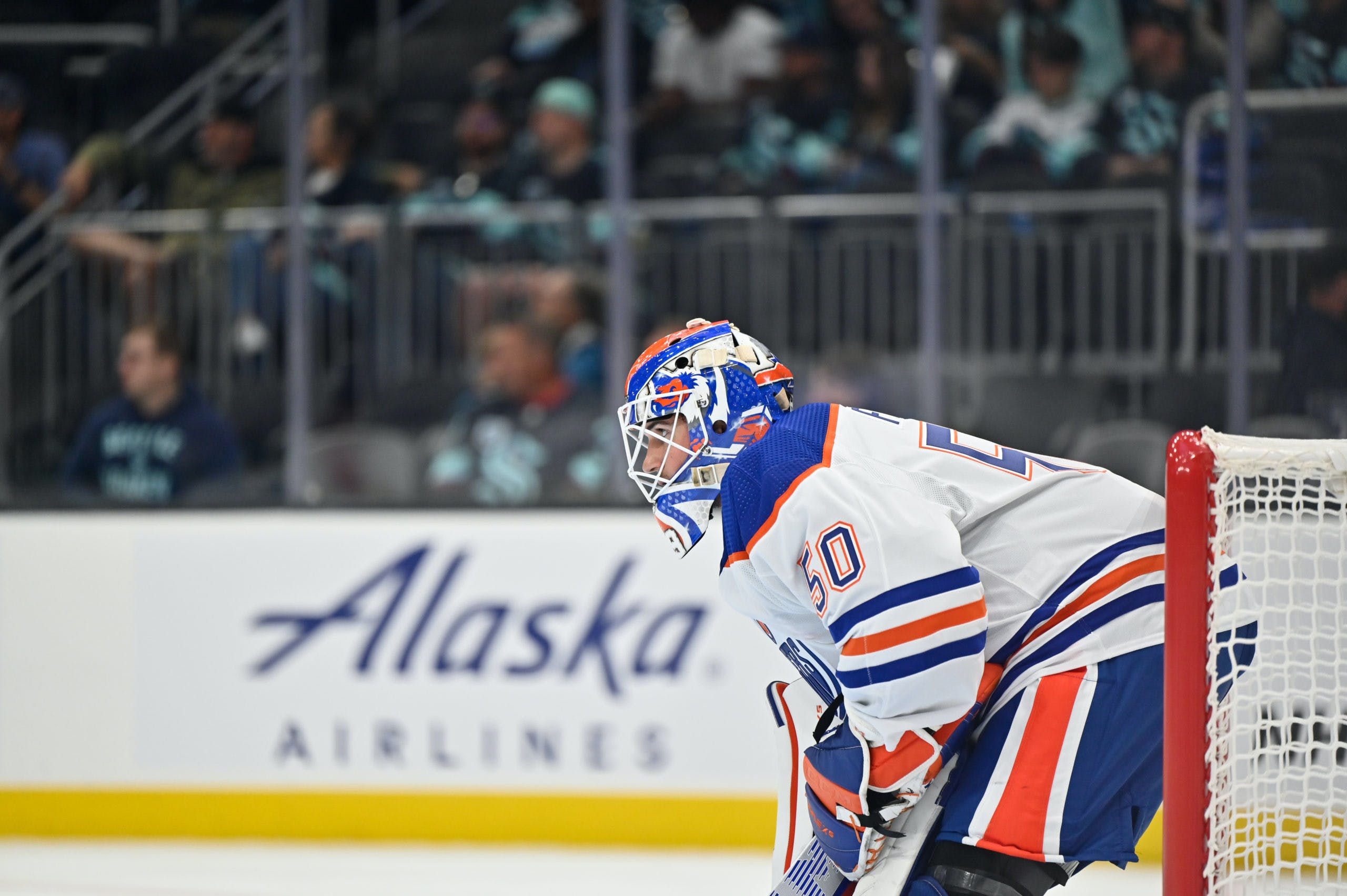 By Zach Laing
2 months ago
Hours after the Edmonton Oilers announced Matvey Petrov would be heading back to the OHL’s North Bay Batallion, the club announced more training camp cuts.
Six players will now all be on their way to the AHL’s Bakersfield Condors.
Forward Tyler Tullio and goaltender Ryan Fanti were loaned to the Condors. Forward Filip Engaras was released from an amateur tryout and will report to the Condors. Forward Dino Kambietz, as well as rearguards Yann Kaldis and Darien Kielb were released from pro tryouts and returned to the Condors.
The most notable prospect moves, beyond that of Petrov heading back to the OHL, is Tulio and Fanti heading to the Condors.
Fanti will be in a battle with Olivier Rodrigue for the backup spot with the Condors, with the other netminder likely destined for the ECHL.
Tulio, meanwhile, will head to the Condors for his first season of pro hockey. Ranking 10th in Oilersnation’s annual prospect rankings, the fifth round pick in 2020 is coming off a huge final season in the OHL. Captaining the Oshawa Generals, Tulio scored 42 goals and 86 points in 65 games showing some great development.
A player who compares himself to Brad Marchand, Tulio will have a chance to take another big step in his career this year.
Here’s some of what Oilersnation’s Cam Lewis wrote about Tulio in August:

This season will be Tullio’s first look at the professional game in North America. While other forwards who will be joining the team as rookies this season such as Xavier Bourgault and Carter Savoie will be pushing for offensive roles, Tullio is a multidimensional player who could thrive as an agitator in a checking role.
Before the draft, Tullio said that he models his game around Brad Marchand, the NHL’s infamous pest…

“I try and model a little bit after Brad Marchand, not the dirty side. He’s a small guy like me, he’s offensively gifted, can shoot, make plays, has great hockey vision and uses his body. He’s gritty. He has all the things I have in my game as well.”
Skepticism over whether Tullio could play such a style at the NHL level given his size resulted in him falling to the Oilers in the fifth round of the draft. It’ll be interesting to see if he can prove teams wrong for passing on him, much like Marchand and others have done in the past.