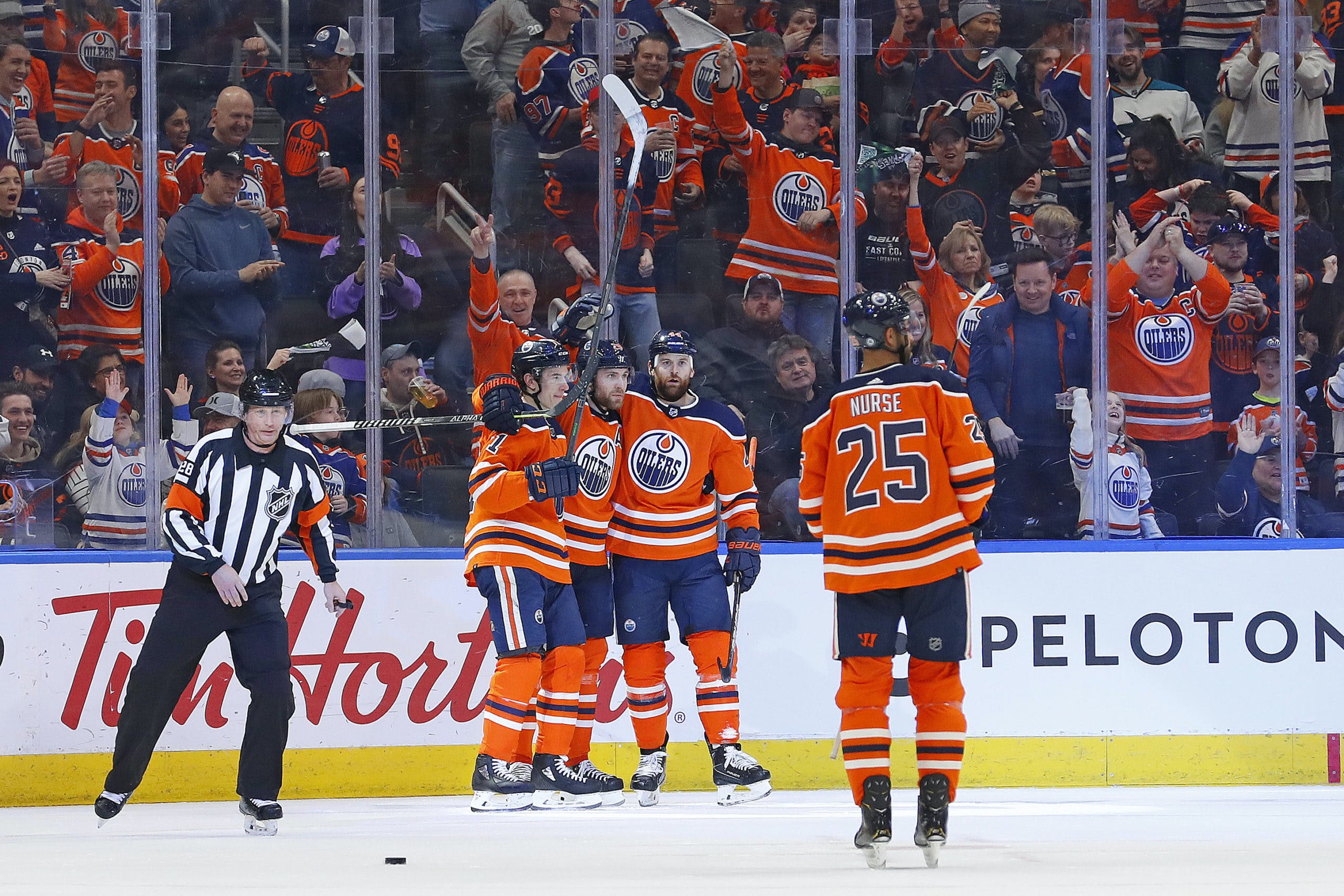 By Tyler Yaremchuk
7 months ago
If you would have told me back on January 15th, the night that the Oilers lost to the Ottawa Senators on home ice and sunk to 21st in the NHL and 5th in their own division, that they would end the season as one of the hottest teams in the league, I would not have believed you.
At that point, the team had just come off a nine-day break and it looked like Ken Holland was just going to keep rolling with Dave Tippett for the remainder of the season. They were 21st in the NHL and fifth in their division. The playoffs looked like a long shot.
I still remember coming into the Oilersnation HQ for the pre-game show on Thursday, January 20th and saying that I didn’t think this team had what it takes to make the playoffs. There was a group of us who had a long talk about how boring our jobs were going to get when the Oilers were eventually eliminated.
Thankfully, the team found a way to turn it around and while it took some more painful losses for a coaching change to be made, once it was, this team never looked back.
Not only is this team going to make the playoffs in all likelihood, but it’s looking more and more likely that they will have home-ice advantage in round one of the playoffs. When the postseason begins on either May 10th, 11th, or 12th, there will be a game at Rogers Place.
Just 89 days ago, I was laying on a couch in our offices yelling about how we were about to go through another season without the playoffs. Now, the Oilers will likely be favourites in the first round.
Cam Lewis and I talked about which first-round opponent would be the best matchup for the Oilers in a new YouTube video that’s going to drop on Wednesday morning. Go subscribe to The Nation Network on YouTube so you don’t miss it!
In the video, Cam made a comment about how he felt good about the Oilers heading into their playoff series against both the Blackhawks and Jets and the team failed miserably in each of them. Would it be foolish to expect that this year’s Oilers team can be the one that doesn’t let down its fanbase?
Well, honestly it’s pretty easy to be pessimistic about this team. Their goaltending has been inconsistent all season, pretty much all of their regular defensemen have gone through stretches in which they’ve looked borderline unplayable, and this group doesn’t have a lot of playoff experience. There’s also the fear that if a team finds a way to shut down Connor McDavid and Leon Draisaitl that the bottom parts of the Oilers won’t be able to produce enough offence to win a series.
I’m here to say that there is no reason to feel pessimistic. There are a lot of reasons to think that the Oilers are very capable of winning a round this year.
Could the offence dry up if McDavid and Draisaitl can’t produce? Yeah, that’s a possibility, but look at the individual points per 60 for the Oilers forwards who don’t wear #97 or #29 on the back of their sweaters
Now, let’s look at those same numbers with last years’ team.
It’s not even close and the numbers look even better if you take this year’s team and only look at the games since Jay Woodcroft took over as Head Coach.
All numbers via natural stat-trick
The Oilers’ forward group is much deeper than they were 12 months ago and the numbers show that. They’ve also been getting much more production from players like Derek Ryan and Warren Foegele since Jay Woodcroft took over as Head Coach.
The chances of the Oilers’ offence being shut down are very slim. It’s hard enough to stop McDavid and Draisiatl but even if the Oilers’ first-round opponent did, then I think the Oilers finally have the depth to overcome that.
The depth alone should give you a solid reason to believe that this year’s group is capable of doing damage in the postseason. They’ll still need a goaltender to get hot and they’ll need their blueline to just not make ‘Grade A’ mistakes, which has been a problem this season. But if they can get just average performances from both of those areas, then their forward group and powerplay could very well carry them on a run.
Also, if you think that there aren’t penalties called in the playoffs, then I got this thread for you:
The Oilers are good and the fan base should feel good. This spring could be a wild one on Whyte Ave.