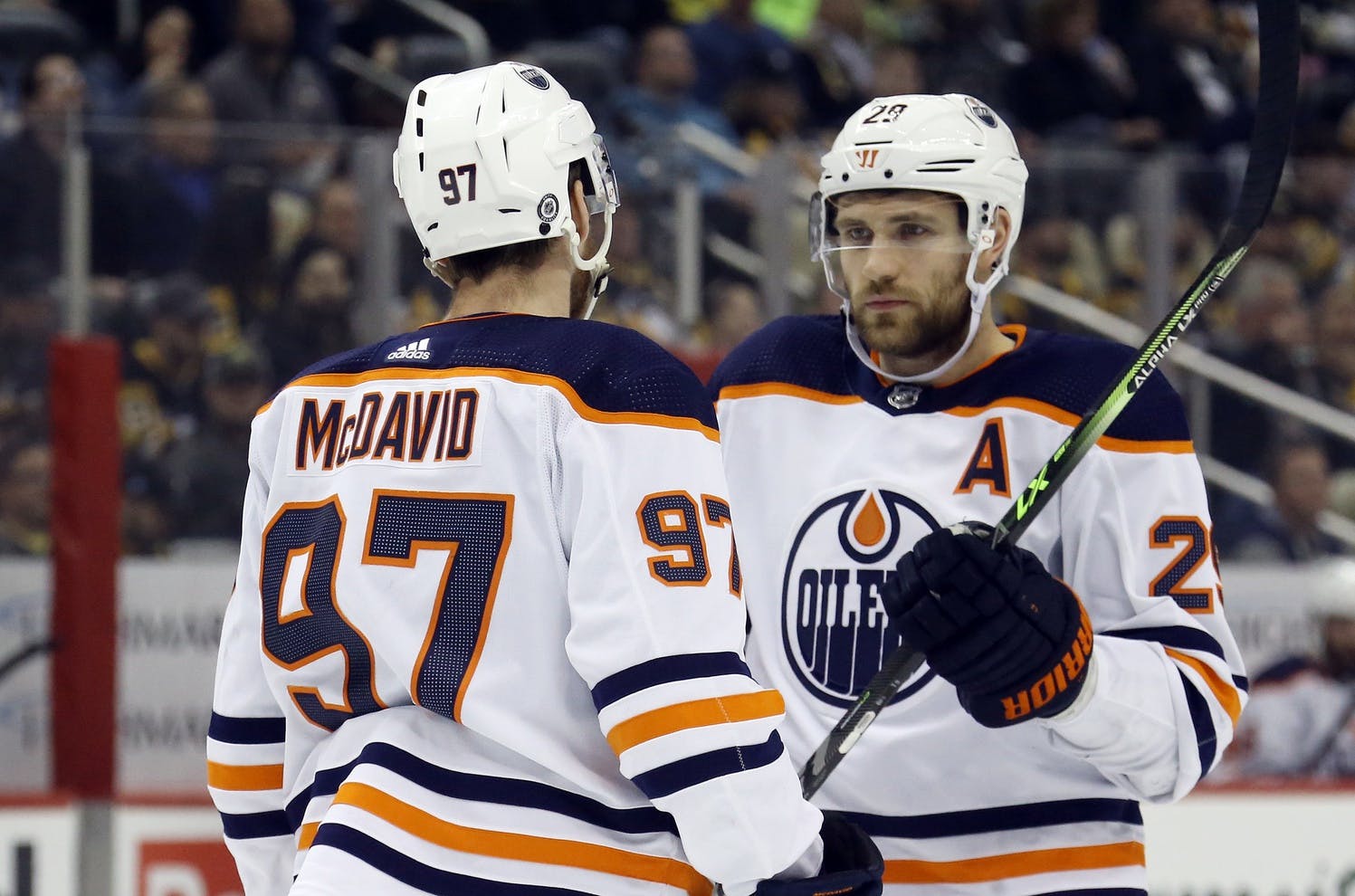 By baggedmilk
7 months ago
We know the challenge, we know the history, and we know how few teams have done it before, but that doesn’t mean the Oilers should fold their hand and give up. Can it be done? Dare to dream.
Look, there’s no sugarcoating the position the Oilers are in right now — it’s not good. Being down by three games in a series against the Colorado Avalanche is about as far from where we wanted to be as a team can get, but despite the challenge, the Oilers can’t come into Game 4 with the attitude that this thing is over. If we’re going to become the fifth team in NHL history to come back from a 3-0 deficit then it has to start with one, and I can think of no better spot to kick off the comeback than at Rogers Place in front of a crowd that’s going bananas. I was lucky enough to go on Saturday and it was electric in there and I’d expect the same thing here tonight regardless of the circumstances we face. Obviously, all of the old cliches are amplified in an elimination game since everyone on earth knows that the Oilers need a quick start, to shoot, pass, kick ass, and the whole lot… The real question is whether the Edmonton Oilers will be able to put everything they have on the line while executing at a high enough level to extend the series. Can they at least make this interesting?
Regardless of the mountain they’re facing or the elephant that has to be eaten or whichever ‘oh man, this is a massive challenge’ metaphor you want to use, the Oilers have to break this comeback down into a series of small battles and they have to win more of them than they lose. From the crease outward, the boys have to find a way to outshine whoever is on the ice against them and they need to make that happen for all 60 minutes. To this point, the Oilers have struggled to gain much traction but they’ll have to find a way here in Game 4 if they have any hope at all. They can’t miss assignments, they need to cash in on their chances, they need to get saves, and they need everyone on the ice fighting above their weight class more often than not. It’s really as simple as that even though we know there’s nothing about this job that will be easy to accomplish. Mostly, what I’ll be looking for is that the Oilers leave it all on the ice and push as hard as they possibly can for an extension. Don’t get me wrong, I know exactly what the odds suggest for the remainder of this series but that won’t stop me from cheering my face off for our boys to come up with some kind of rally. Besides, if you’re going to go down — Gord knows I hope they don’t — you’d better go down swinging.
Let’s see what the numbers say.

Draisaitl – McDavid-Puljujarvi
Holloway – RNH – Hyman
Foegele – McLeod – Ryan
Malone – Kassian
Nurse – Ceci
Keith – Bouchard
Kulak – Barrie
Russell
Smith
BEFORE ANYONE GETS ON THE LINE COMBOS IN THE COMMENTS SECTION, you should know that these haven’t been reported anywhere. All we know so far is that Evander Kane is out, Dylan Holloway will be making his NHL debut, Brad Malone will stay in the lineup, and @Mike Smith will be starting in net. Outside of that, what’s posted here is only a guess on how things might shake out.

Landeskog – MacKinnon – Nichushkin
Lehkonen – Compher – Rantanen
Burakovsky – Newhook – Aube-Kubel
Cogliano – Helm – O’Connor
Toews – Makar
Byram – E. Johnson
J. Johnson – Manson
Francouz
They say that the fourth win is always the hardest to get and for an Avalanche team that’s starting to have some injuries piling up throughout their lineup, I certainly hope that’s the case. Yet, even with some key injuries, there’s no doubt that this is a fantastic hockey team and the Oilers will need to be at their best if they’re truly planning to live another day.

Let’s get the negatives of the game out of the way first: the power play needs some sort of revamp. They had seven minutes of man-advantage time alone in the first period and couldn’t convert. They ended the night 0-for-4 despite having good chances during the four power plays. The coaching staff needs to find something different so they can take advantage of those chances. When given an opportunity to put the game away at some point they have to capitalize.
Francouz started the game jitterily when he let in the first shot on goal of the game. Afterward, he calmed down and looked much better from here on out and made 27 saves. He would like to have Edmonton’s second goal back after missing the puck but made the crucial save on McDavid in the third period on the power play before the Compher go-ahead goal. He will be feeling good with a chance to clinch on Monday night.
The Avs did take quite the beating tonight. Obviously, the Kadri loss is huge. Helm got shaken up in the first period after a hit on the blue line. Manson hit the end boards hard which stung his back. They are already without Andre Burakovsky, Nicolas Aube-Kubel, Samuel Girard, or Darcy Kuemper. It may be something to worry about, especially if the first two names on that list are out long-term like Kadri and if any other players go down hurt. 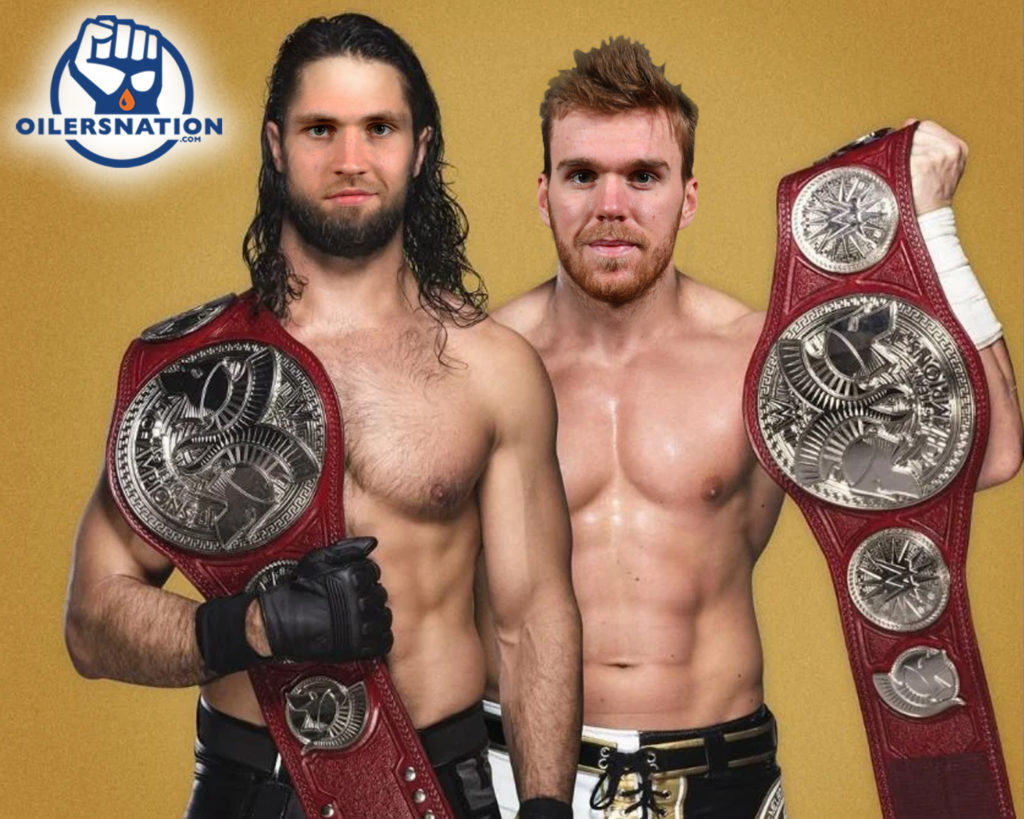 Find out why so many people are using Dominion Lending Centres #1 broker in Canada. We are paid by the banks on the size of the mortgage, not the interest rate, so we try to get you as low as rate as we can. Whether it is a purchase, renewal or refinance, contact us to see what we can do to help!
News
Post Game
Recent articles from baggedmilk